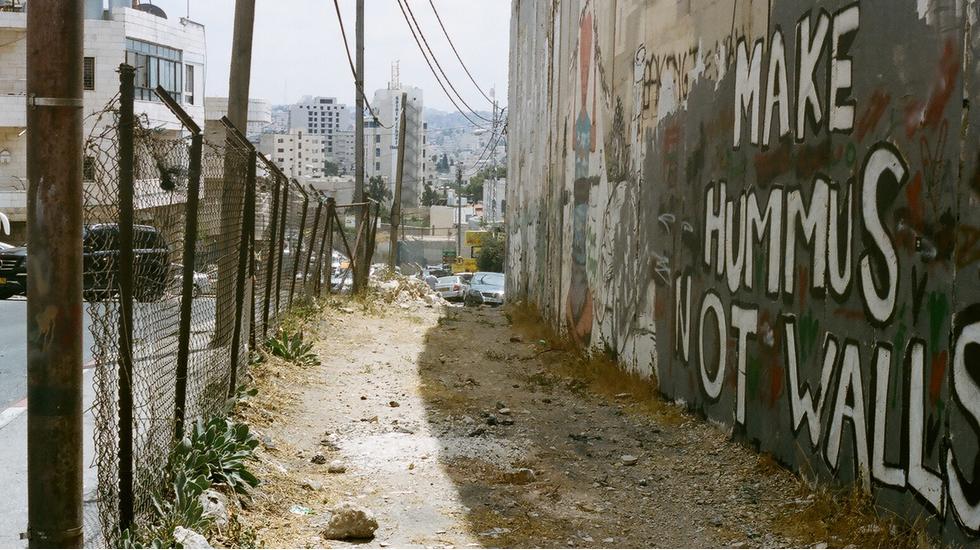 While While we were aware of the Israel-Palestine conflict prior to our departure, the only way to even begin to understand the reality of the tensions portrayed in the western media is by visiting.

Partly down to last-minute planning, our trip to the Middle East fell during Ramadan. We couldn't eat in public during the day, every shop and café was closed until sundown and the local buses began painfully early. It made for one of the most interesting travel experiences I've ever had.

Out of respect we followed the locals' fasting patterns, though we did drink water. I had thought I was empathetic previously, but practising this in arid 30-degree heat made me appreciate the extent of the dedication it involves.

Woken by a prayer call floating across the valley and the warm breeze blowing through our balcony window, Palestine did not live up to the expectations that the media had set out for us. During the day, we meandered through the souks, the light spilling through the gaps in the awning overhead as stall owners set up shop for the day, children skipping along beside us. They were genuinely interested in our company and conversation. I felt guilty about being surprised that they weren't after something more.

Witnessing the daily difficulties of those living in the occupied territories was both bizarre and fascinating. To endure just some of these struggles alongside them, such as taking public transport or crossing the border, was sobering.

The trip was full of unexpected experiences, from pub crawls in Jerusalem to being invited into a stranger's home to break fast with his family. The most significant though, was perhaps being the inaccuracy of our preconceptions. Our trip challenged and changed these.

The Palestinians we encountered during those three weeks were some of the kindest, humblest people that I have met. Their willingness to help complete stranger without any prior judgement was a stark contrast to the culture I am used to at home.