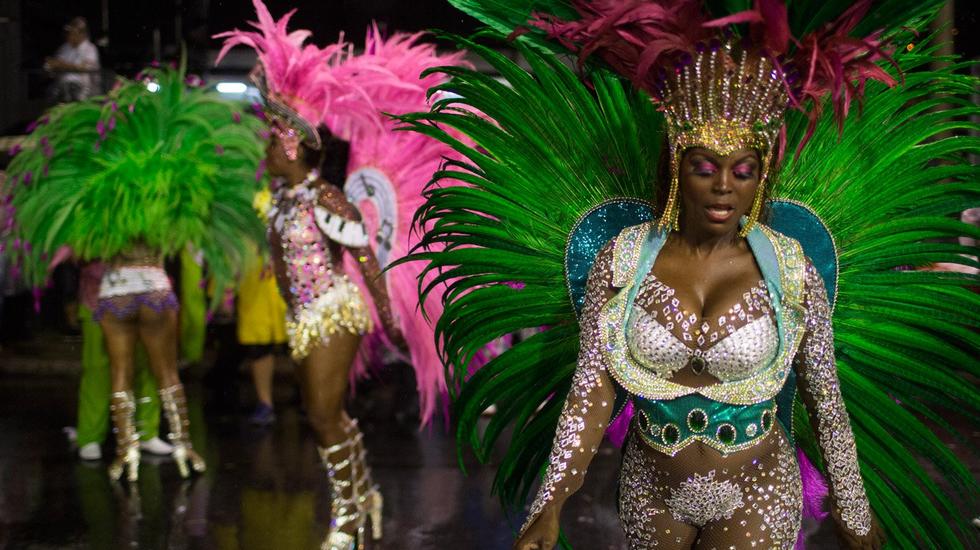 Over Over one million people flocked to Rio de Janeiro this year for Rio Carnival, which took place on seemingly never-ending 24 hour cycles. During the day street parties spread across the city while at night samba schools competed against each other in a spectacle of extravagant parades.

Under burning sun and pouring rain the show went on. The crowd applauded while the judges examined; each second down the Sambadrome counted.

The top samba school parades took place Sunday and Monday evening. Results will be released on Ash Wednesday. Meanwhile, street parties continue around Rio de Janeiro regardless of whether its still carnival or not.

Discover More
Move Over Rio: Why Uruguay Carnival is the New Place to Party
Read now