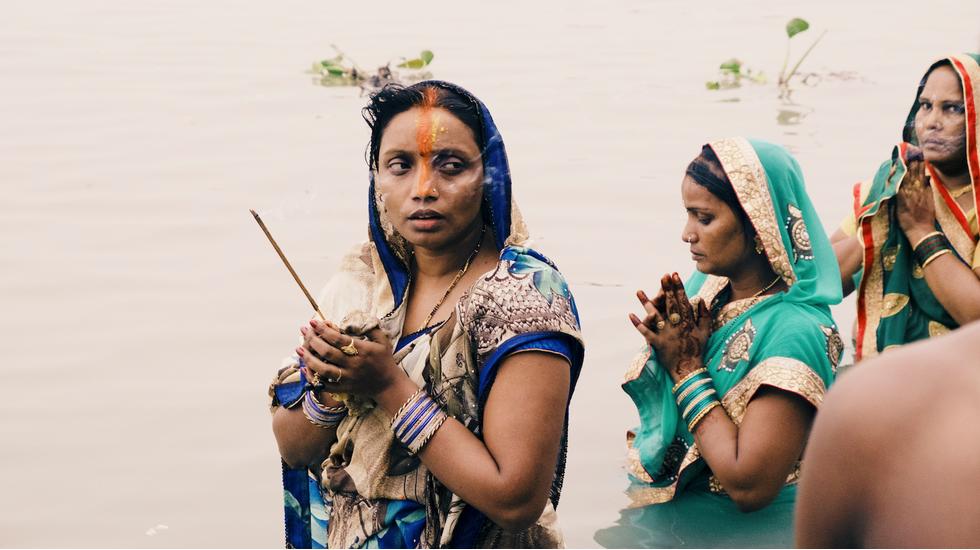 Like many travellers before me, I went to India in search of…something. I just wasn't sure quite what. For the first time in my life I was travelling alone. Coming from Latin America, I was petrified. There people move in groups; we stick to our tribes.

Having explored the southern regions of India, I headed to Kolkata in West Bengal. And I stumbled upon something strange there while wandering round the city one rainy afternoon. Like a stampede, hundreds of brightly dressed Hindus - mostly women - were careering towards the Hooghly River, a tributary of the Ganges, which runs like a network of veins across the West Bengali landscape. Navigating tiny streets and narrow alleyways, I followed the crowd as its numbers swelled.

I had arrived in the middle of Chhath Puja, an ancient Vedic festival dedicated to the sun god Surya and his wife Chhathi Maiya. As part of a four-day celebration, devotees flock to the riverbanks to perform holy bathing rituals, fast and offer up prayers at sunrise and sunset in hope of promoting well-being, prosperity and progress.

I stayed after dark, tagging along with an Indian family whose children spoke some English and were eager to show me what was going on. We laughed together as we all held flowers, soaked by the river as we waded in.

Among all the chaos, the rain, the heat, the bad coffee - and the even-worse wifi - life in India is underpinned by faith. You'll find this spirituality sitting round a late-night dinner table with strangers just as much as you would while deep in meditation. And, much as this mysticism is ingrained in the country, when you visit, some of India's soul rubs off on you too.