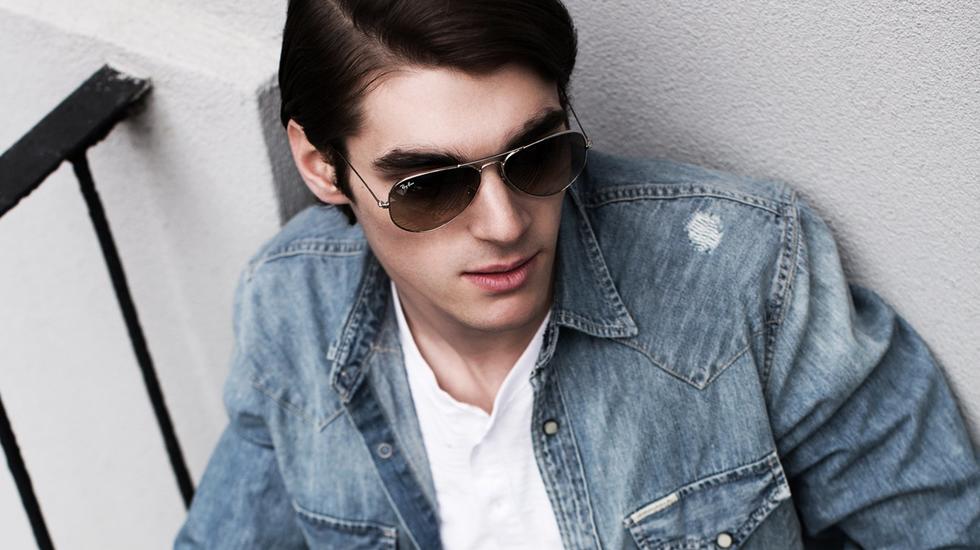 RJ RJ Mitte made his name playing Walter White Jr ('Flynn') in five seasons of the award-winning cult TV series Breaking Bad. The son of a high school chemistry teacher turned crystal meth maker, Walt Jr is also television's biggest breakfast lover and is episode after episode seen tucking into stacks of pancakes or plates of eggs, no matter how high the family tension. Ever true to his character, I struggle to hold back a laugh as RJ orders a bacon sandwich at the beginning of our lunchtime interview.

RJ shares more than a love of breakfast with his fictional character. Like Walt Jr, though to a lesser degree, RJ suffers from cerebral palsy and has in the past been bullied because of his handicap. "You should see the person and then see the physicality," says Mitte of his efforts to normalise perceptions of disability. "Everyone in this world has a disability, whether they believe it, or not. We all have our challenges; we all have these things that face us and that we have to overcome."

Turning the status acquired through Breaking Bad into a platform for positive change, RJ works tirelessly to champion his disability in the hope of removing the stigma associated with handicaps. In between speaking to students at Oxford University and a trip to London's Cereal Killer Café (for more breakfast, we presume) we caught up with the young actor and role model.

SUITCASE MAGAZINE: You grew up in Louisiana. What was your childhood like in the South?

RJ MITTE: Well my family is Cajun-Creole - homemade gumbo and all of that. I grew up in Lafayette and it's crazy how it's continued to grow and change. We used to be able to fish and hunt in our backyard but now it's a massive city. As a kid I spent a lot of time between Lafayette, Treeport and New Orleans. I would go to Treeport hospital for children and my uncle lived in Ninth Ward in New Orleans, which was really badly hit by Katrina. Katrina did its damage but I think New Orleans is coming back - it's had an upswing, it's rebuilt and strong. It's an amazing city -anyone who's ever been there knows how fun it is. The music is amazing, the food is amazing and the culture is so much fun. I grew up with all of that.

SM: You started your career at 13. Did you always want to be an actor?

RJ: No. I actually wanted to be in the military, I wanted to be a marine. But life doesn't always work out how you expect it to and I moved to Los Angeles at quite a young age because of my little sister. I started working in the film industry to meet kids my own age, and to be able to work, and I was able to utilise that and it turned into a career.

SM: We've read that the characterisation of Walter Jr in Vince Gilligan's original script practically described you. Is that true?

RJ: It was pretty much me. It was dark hair, big eyebrows and Cerebral palsy - it was like 'hey, that's me man!' I went to audition five times - four in Los Angeles and once in New Mexico and it just kept growing. My character was actually based on a friend of Vincent's from college. It was a memory of him and what he was, and I was lucky enough to portray him and be a part of that.

SM: How does Walter Jr's experience of cerebral palsy relate to your own?

RJ: When it comes to Cerebral Palsy, there's a lot of occupational spirit therapy, speech therapy, lots of exercise and training. Because of CP, my brain doesn't tell my body what to do - I have to do it physically. I physically have to speak, I physically have to move, it's not like I can just do it off the cuff. I have to think about it. And it's the same with Walt Jr He may have a more severe form than I do but we went through the same therapy, we went through the same casting, we shared a similar pain.

SM: How do you feel about non-disabled actors playing disabled roles?

This world is a very diverse world, and real intelligence should be about showing and portraying anything accurately.

And yes, there's a degree to which as an actor you can understand that, but at the same time you have actors thinking that's an abnormal life. But no, that is a normal life. Your life is normal to you. It may not be normal for someone else, it may different and weird, but that's normal. Having CP is normal. Being disabled, and having these conditions and these challenges, that is normal. And that's more than most people in the world.

Everyone in this world has a disability, whether they believe it, or not. We all have our challenges; we all have these things that face us and that we have to overcome.

SM: Hollywood has given more exposure to people over the years with different skin colours and sexual orientations. The same coverage hasn't been extended to those with disabilities. Do you think there's been a genuine shift in the perceptions of disability since Breaking Bad?

RJ: Definitely! I feel like there is a massive shift, especially in the community of diversity. This world is a very diverse world, and real intelligence should be about showing and portraying anything accurately - you have to be diverse and well read. If you don't know diversity it's a very closed-minded way of thinking and being, and you can't do that as an actor. You have to be open to all; you have to be willing to accept all challenges.

SM: So apart from Walt Jr, you also played a disabled character on Switched At Birth. What is it like to play characters with disabilities that are different from your own?

RJ: I played a character who's paraplegic because of a snowboarding accident, and it was a lot of responsibility. It's actually fairly scary and I don't want to step out of line - I don't want to do something that someone wouldn't do. And the physicality of how your knees will be, how your feet will be, your arms, muscle mass and everything else. I was very cautious and very nervous.

You should see the person and then see the physicality.

It's the same thing with the movie I did "Who's driving Doug?", where I played a character with muscular dystrophy. I have amazing friends that talk and told me what I needed to do. I realised the challenges and I learned the challenges, I learned what people face now, how people see you. A lot of times they see the chair first, then they see you and it's not how it should be. You should see the person and then you see the physicality.

I like to be observant, I like to see people, and I'm sure people look at me like I'm crazy, because I am! It's everything about your body, like how you hold your face, your eyes, lips, I'm very conscious of that. Quite a few people actually thought I was in the chair and the chair belonged to me. So I would stand up, and people would be like, " You're not in the chair?" Like "What?!" That's what I like and that's what I want, that's how I think every actor should be - trying to live his or her character as much as possible. If you don't, you're not just lying to yourself - you're lying to the audience. And you can't lie to a camera, they see it, it's there.

SM: Do you worry about being typecast?

RJ: I'm not worried about being typecast. You're only ever typecast because you choose to accept jobs of playing certain characters. You can do something else, other than that role - you can go and try and create another business, another life, and yes, continue to act but have many facets of what you're doing. And that's what I'm doing, so I don't get typecast. I DJ, I model, I do a lot of charity work [RJ is currently working with the UK's leading disabled charity Scope]. I do everything that keeps the lights on!