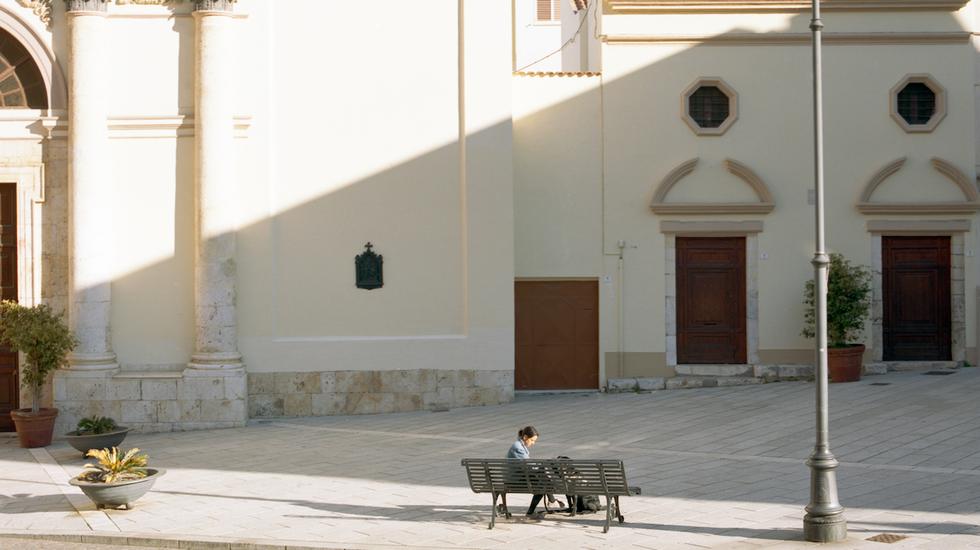 Sa Sa Pippia (which roughly translates from Italian as "Little Girl") is a photographic exploration of Em Dessi-Makin's Sardinian heritage. Over the course of the winter months in which 2019 turned into 2020, she travelled from the South Sardinian comune of Burcei, through Cagliari - the island's capital - to San Sperate and Cabras, taking photos of people and objects that, to her, represented home.

The images capture moments of serenity and reflection: we see plants and traditional clothing, admire views and enjoy snatched moments of pause during carnival celebrations. It's a calming, almost therapeutic, collection of work that echoes the slow pace of life on the Mediterranean island - an effect enhanced by the use of a medium format camera and hand development.

Many viewers find themselves drawn to the image of a pink curtain blowing in the breeze that trickles through a small alley in central Cagliari. It's the only time that the wind takes a central role in the series, dancing with the cotton sheet away from the gaze of the afternoon sun.

The album is saturated with reds, blues and pinks - red being a predominant colour in the Sardinian flag and traditional costume, blue mirroring the sky and sea, and pink reflecting the magenta which bleeds between the two. It's a palette that seeps from Sardinia's towns to its villages, a visual reminder of the sense of continuity and community felt across the island.