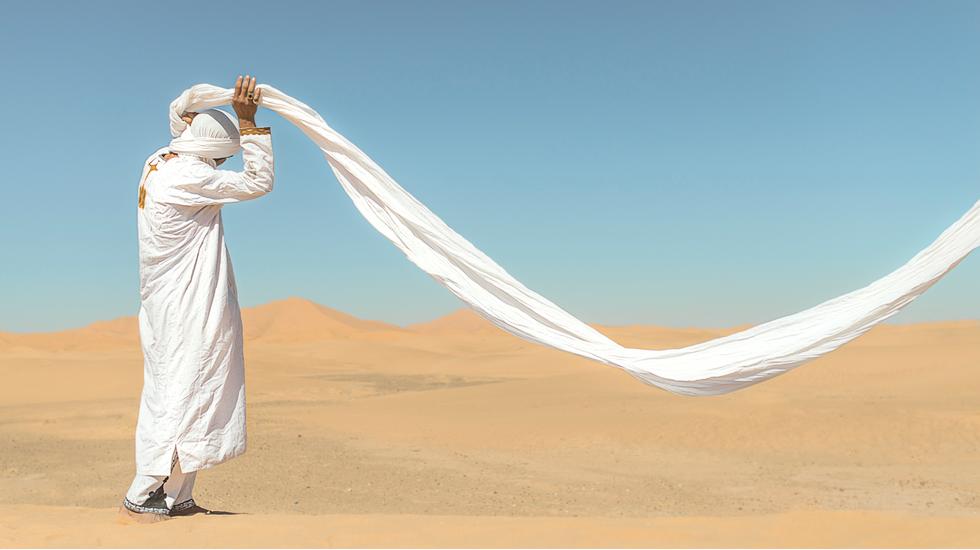 Spanning Spanning 11 countries across three-and-a-half million square miles and covering the majority of northern Africa, the Sahara is the largest hot desert in the world and home to an estimated two million nomadic Berber and Arabic folk.

We wanted to avoid the tourist masses so rented a car in Marrakech and followed the snaking roads through Morocco's Atlas Mountains. From Marrakech it's two full days of driving until you reach Ouarzazate, often called "the door of the desert" because it marks the beginning of this baron landscape. The otherworldly isolation of the Sahara has made it the setting of many Hollywood films, including Lawrence of Arabia and Gladiator. After two more days of scenic driving southeast we reached Merzouga, about 50km from the Algerian border.

Instead of succumbing to the first local who tried to take us to take us in, we shopped around for a guide and accommodation, which can be anything from a sleeping bag under the stars to a five-star hotel complete with a swimming pool in the sand dunes.

The next few days were spent in a sort of in-between limbo stage, riding camels through the contoured maze of the dunes until we finally reached the endless flats of the Sahara. After a few hours we began to notice odd shapes emerging from a distance. On closer inspection they melted from ambiguous mirages into homes, which are built out of the earth and rocks so they blend seamlessly into the environment. These houses belong to desert nomads who choose to live a life of solitude, their dwellings no closer than one kilometre to one another and in clusters of up to five.

You can't book a stay at one of these huts and there's no guarantee that you'll be taken in. But we were lucky and for a small tip were given warm blankets and a delicious home-cooked tagine. We settled in to our camel-hair tent as night fell and revealed one of the best skies in the world. A crowded haze of crowded stars descended upon us, creating the panoramic band of the Milky Way and glittering on the 360-degree horizon as far as the eye could see.

The following morning we were awoken by the sun rising over the flats. After fetching water from a nearby well, we were back on the move to our next camp. The longer we spent in the Sahara the more we became aware of the disregard for its beauty and importance. There's a distinct lack of protection and law regarding the desert; it's not a registered national park and is overlooked due to the scarceness of both human and animal life. This leads to locals and travellers destroying the landscape with 4x4s, dirt bikes and fly tipping. It's difficult to enjoy a sunrise when you can hear the roar of engines and see the motorway of tyre tracks through the dunes.

That's not to discourage anyone from visiting; it's a breath-taking place and unlike any other landscape in the world. But it is changing and it's increasingly difficult to find the desert you see in films or to have a truly "authentic" experience. Westernisation is making the world smaller and the nomadic lifestyle as we perceive it is diminishing. Desert nomads send you Facebook friend requests and, if you look closely, you may even notice that your host is wearing fresh Nike Air Max 90s...