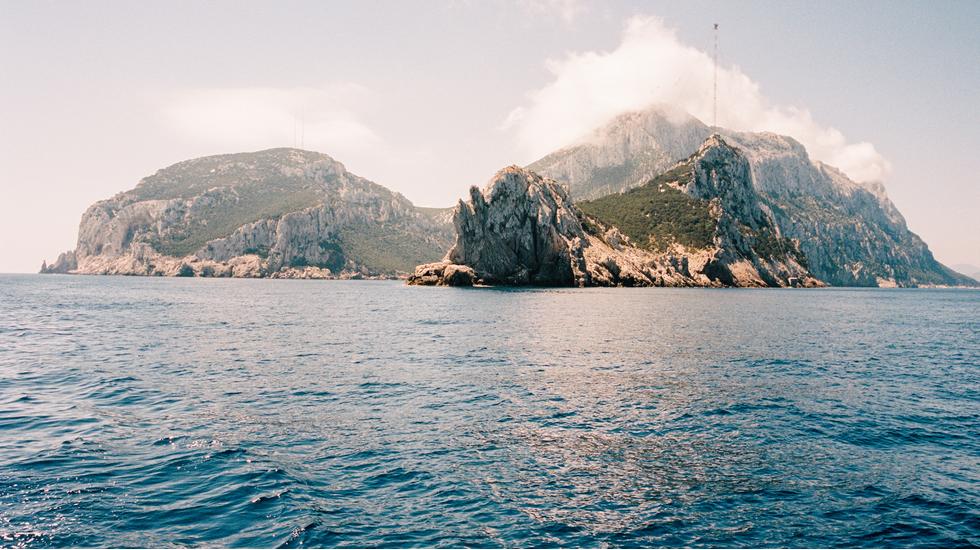 We We were somewhere in the middle of the Mediterranean, somewhere between the islands of Sardinia and Corsica, Italy and France, but for the next few days, all that really mattered was the geomorphology of different coves, whether we spotted sea urchins or fire coral on the seafloor, the angle of our tack at full sail and trying to describe what shade of blue the ocean was.

Sometimes, the only thing to do was to dive in. The sea was 10 degrees cooler than the balmy air, making for a perfectly invigorating immersion. We'd flutter around new coves, exploring the shapes of their perimeters, scaling rocks above the surface. Afterwards, drying off naturally in the sun and napping on the bow, my cheek pressed to the warm teak deck, I wasn't sure it was possible to be more relaxed.

There were adventures on land, too. We docked at the Bonifacio marina for the night, nestled between dramatic granite cliffs, at the southern tip of Corsica, cosying up to mega yachts and a ragtag community of Mediterranean pleasure cruisers. There was a little town to explore with cafés and ice-cream shops, terraces crawling with bougainvillea, a charming maritime antique shop and a tacky nightclub where revellers, ourselves included, spilled onto the docks after midnight.

Back in Italy, at La Maddalena we rented scooters and rode across a bridge to Caprera, through pine forests to secret rocky beaches and up to the highest point where a military fort had been in use throughout World War Two. There's plenty of ancient Roman history in Caprera, but for us, the thrill was the view, rocky coves, the epic stretch of the blue sea (what shade was it now?), the islands on the horizon that felt familiar; our shared landscape.

"We want to bring people to as many places around the world as possible for real cultural engagement," says Dayyan Armstrong, founder of Sailing Collective and our captain for the voyage. His travel company arranges charters in Europe in the summer and the Caribbean in the winter to destinations including Croatia, Turkey, Greece, British Virgin Islands, Grenadines, Martinique, Dominica and Saint Lucia, as well as far-flung locales like Thailand and Madagascar.

Discover More
Everything You Need to Know About Corsica
Read now