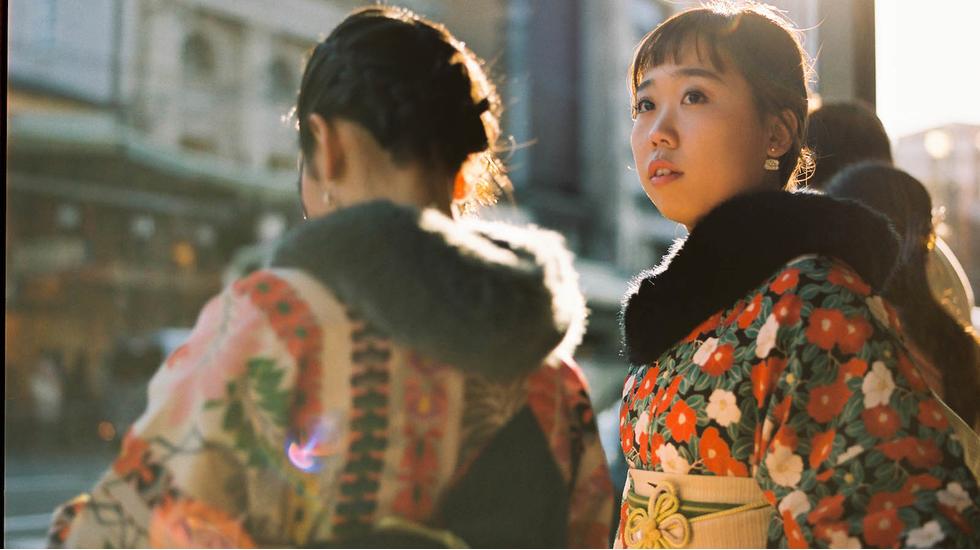 Around Around the middle of March every year the trees in Japan blossom with bursts of pink, white and yellow, showering the ground with petals which fall like pastel snow.

The bloom works its way up from the south to the northern tip of Japan's prefectures in the space of around eight days. The blossom or "sakura" feature in Japanese culture as a symbol of the fleeting nature of life and the importance of valuing every moment. In an effort to embrace the values of sakura by winding down and focusing on the immediacy of moments happening in front of me, I visited with my old Japanese medium-format film camera loaded with special cinematic film.

Shooting in film is a deliberate act, different to shooting digital where holding down the shutter can produce hundreds of images all visible instantaneously. It places your mind in a meditative state, enabling you to focus on the scene unfolding in the viewfinder. One roll of film consists of only 12 shots and as the shutter clicks that photograph is forgotten until developed and processed later. Just like sakura the moment is cherished and celebrated in earnest, later to be documented in songs, plays, poems and photographs, as a reminder of the fragility and beauty of life.