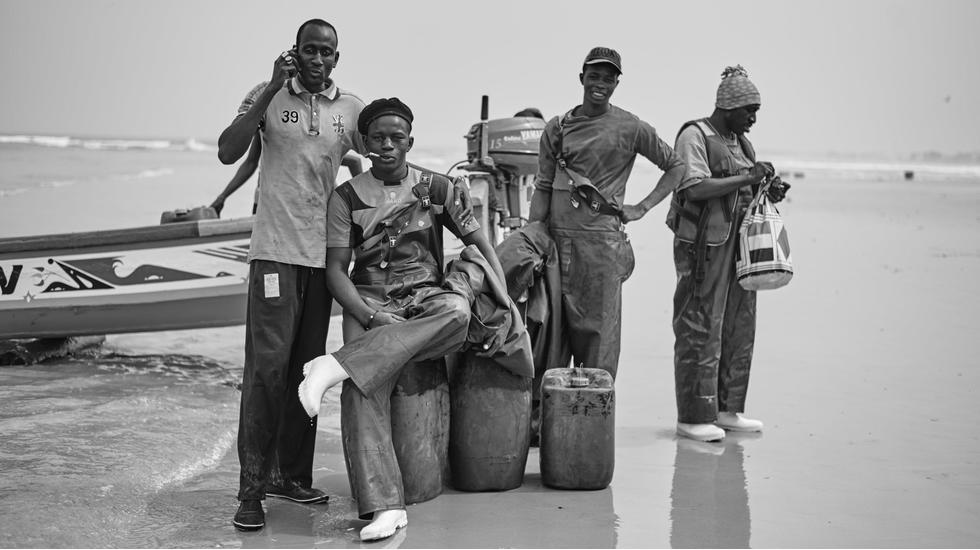 I I found myself in Senegal with my young son at the beginning and end of 2017.

We headed for a small hotel called Sobo Bade in Toubab Dialaw about 55km south of the capital, Dakar. Sobo Bade is a sort of community started in the Seventies by a man named Gerard Chenet. People visit to take part in courses on traditional African music, dancing, experimental theatre, sculpture, ceramics and painting.

Here you learn about the legacy of the slave trade of the 17th and 18th centuries. You wake up and fall asleep to the sound of the drumming and the Atlantic Ocean crashing onto the shore. At the end of the day, locals gather on the beach to play football and wrestle. This game is called "lutte" and it is the national sport.

My son roams free all day, having long conversations with souvenir sellers about everything from sacred baobab trees to the end of the ivory trade. We walk along the beach, picking up plastic waste as we go. He plays with local children, riding the waves on a makeshift floating device made out of bottles.

Also staying at Sobo Bade was Abiodun Oyewole, one of the founding members of The Last Poets. The band was one of the early founders of hip-hop that rose out of the civil rights movements of the late Sixties in Harlem. Oyewole is now a professor at Colombia University.

We then headed inland with new friends - who build water wells in remote regions of Mali and Senegal - to a small village on the Gambian border. It was here that I photographed the women of the village.