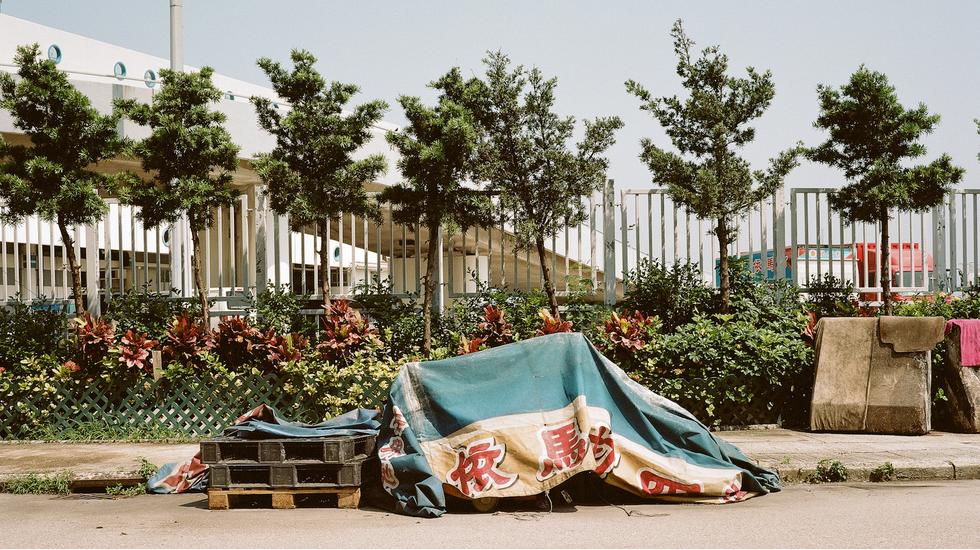 Serenity Despite Everything by South London-based photographer Kane Hulse is a series of photographs that searches for calm among the chaotic density of Hong Kong. Captured during the 2019 protests, the images are a timeless interpretation of a city in a tumultuously transformative stage of its cultural and political identity.

Shot on medium format film, the album is like a poem, reflecting on the pastel colours, botanical life and modernist lines prevalent in the city's urban landscape. Yet it moves away from the traditional skyscrapers and Cantonese street signs typically associated with Hong Kong. Instead, it looks to the public spaces in an increasingly private city, searching through the frenetic for the kind of tranquility sought by residents.