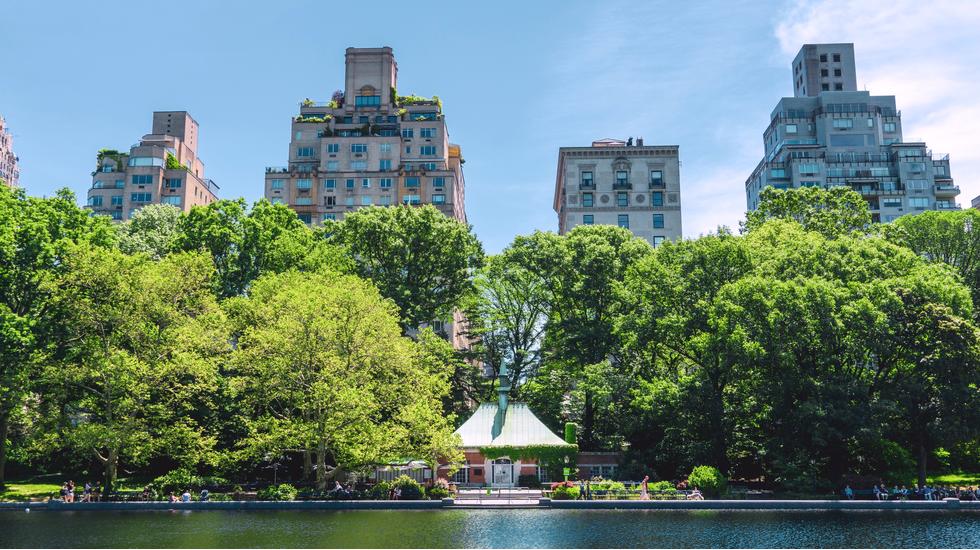 Pounding Pounding the pavements is the best way to get a feel for a city. Don't hail that yellow cab; amble about New York like an old-school flâneur instead. These routes will take you from warehouse art galleries, through thickets of cherry blossom to open-air pools and back again.

Start at the Whitney, a gallery of 20th-century and contemporary American art, and meander onto the High Line (a disused railway track transformed into an elevated linear park) by taking the entrance on West 14th Street. Stroll through Chelsea's glut of galleries before being deposited at Hudson Yards, a hub of cultural institutions and home to that crisscrossing "stairway to nowhere" you've probably seen on Instagram. Stop for brunch in the Meatpacking District halfway.

Walking this paved waterside path's full 21km would take you about four and a half hours. It's separated from traffic (a dream for cyclists) and cuts through a handful of the city's parks en route - Riverside Park erupts into a riot of candy-floss-pink cherry blossom each spring. The most scenic expanse stretches from Inwood Hill down to West 59th Street, after which point it becomes a little busier with commuters and general city hustle.

The Brooklyn Bridge? Yawn. But hear us out. Once you've scaled the length of this iconic river crossing whose views out over Manhattan really shouldn't be snubbed, you can potter about New York's Dumbo neighbourhood where old warehouses have been colonised by independent boutiques, cafés and pop-up art spaces.

Hop on the 1 train and ride it to 242nd Street Station in the Bronx - its northernmost stop. Here you'll find Van Cortlandt Park, named after the Dutch plantation owners who once called this 1,000-acre park home. Follow the rickety train tracks of the old New York and Putnam Railroad for a few kilometres, pop into the Van Cortlandt's carefully preserved colonial-style home or take a cooling dip in the park's open-air (and free) public pool.

You'll begin this sweeping L-shaped walk amid the bright lights of Soho at Canal Street station. Find the top of Grand Street and head east. Cut across Broadway and you'll eventually end up at the Old Police Headquarters - a landmark which signifies the start of Little Italy. See-saw from deli to deli as you meander through this grid of inter-cultural blocks on the cusp of Chinatown. Take Mott Street and head north into Nolita, where a flurry of interiors stores await.

Start at the very tip of Bleecker Street - you'll know it's the right place when you spot Marc Jacobs's eponymous book shop, Bookmarc - and continue south until you hit the intersection with Christopher Street. At this point, you can either turn left for a pit-stop at The Stonewall Inn or head onwards. It's a short walk from Bleeker Street to Washington Square Park, but one that will take time if you stop off at the area's buffet of stylish clothing stores and famous pizzerias as you go.

It's an obvious one, but it's a goodie. We suggest starting with brunch at Flora Bar in the brutalist shell of The Met Breuer. Having fueled your appetite, pootle into the park via its East 72nd Street entrance. Skirt Pilgrim Hill (beset by sledders come winter), pass the motorised playboats of Conservatory Water and the monument to Hans Christian Andersen before refilling on coffee at The Loeb Boathouse.