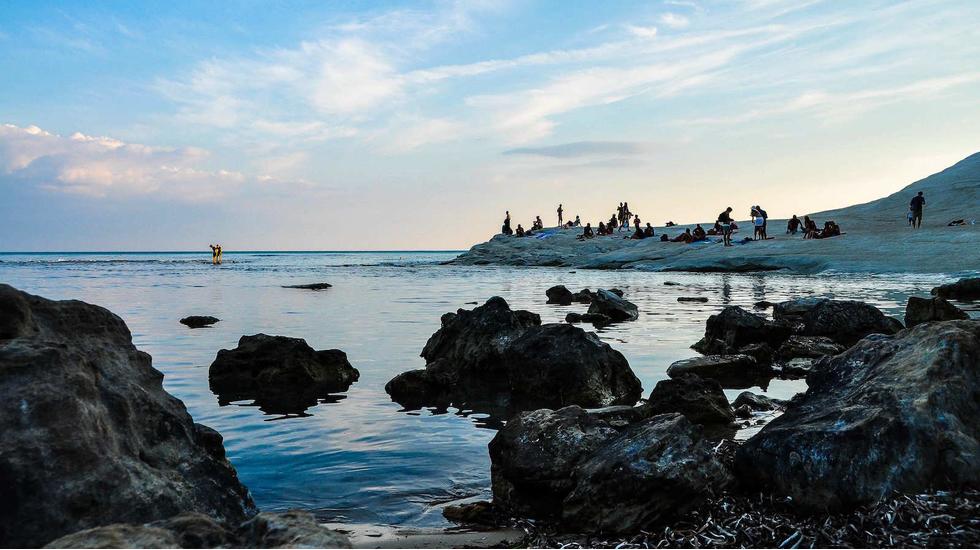 The easiest way get around Sicily is by car. It's a place that needs to be discovered with keen eyes and sturdy feet. I began at Mount Etna and made my way to the white rocks at Scala dei Turchi, stopping in Castelmola, Taormina and Agrigento. The rough landscape and clear-blue waters are juxtaposed with crumbling churches and ancient ruins. It's a paradoxical island which seems to have a magnetic energy stemming from its rich and sometimes chequered past.

Mount Etna is one of the highest active volcanoes in Europe and a physical embodiment of the melting pot of cultures on the island - Italics, Greeks, Romans, Byzantines, Saracens, Normans, Swabians, Aragonese, Lombards, Spaniards, French and Albanians - all of whom contribute to Sicily's unique DNA.

Traces of the mafia are everywhere, from the mounds of rubbish piled up in the streets to the black facades of polluted buildings. It's a very traditional place; you can feel it in towns, on the beaches and in the mountains. Locals seem to connect not only with each other but with the landscape too. This intertwining of nature and tradition is, for me, what makes Sicily so mesmerising.