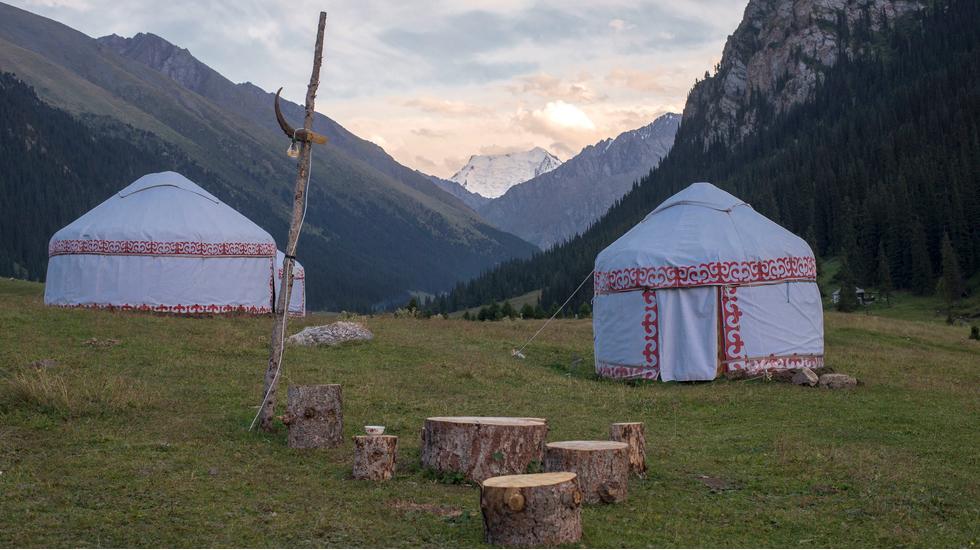 I've I've always been attracted to places with rich histories and cultures. The Silk Road is one of them, as the cultural intersection between East and West. It was not only where goods were traded but ideas too; religion, science and languages were exchanged, swapped and shared. Renowned German geographer Ferdinand von Richthofen gave this path the name "Silk Road" in 1877 because silk was the main produce to be traded along it. Today, many historic buildings and monuments stand along the cities of this fabled road and its legacy is reflected in the diversity of cultures, languages, customs and religions of those living across Central Asia.

This project is a personal journey into the myths and legends of the Silk Road - or what is left of it. I wanted to explore the connection between past and present by following ancient routes in modern times. My journey began in Baku, Azerbaijan, where after a 30-hour journey on a cargo ship I crossed the Caspian Sea and reached Aktau in Kazakhstan. Following that, I traversed the land via trains, shared taxis and buses across Uzbekistan and Kyrgyzstan. I passed through through Nukus, Khiva, Bukhara, Samarkand, Tashkent, Bishkek and Karakol, before reaching my final destination; the Kazakhstani city of Almaty.