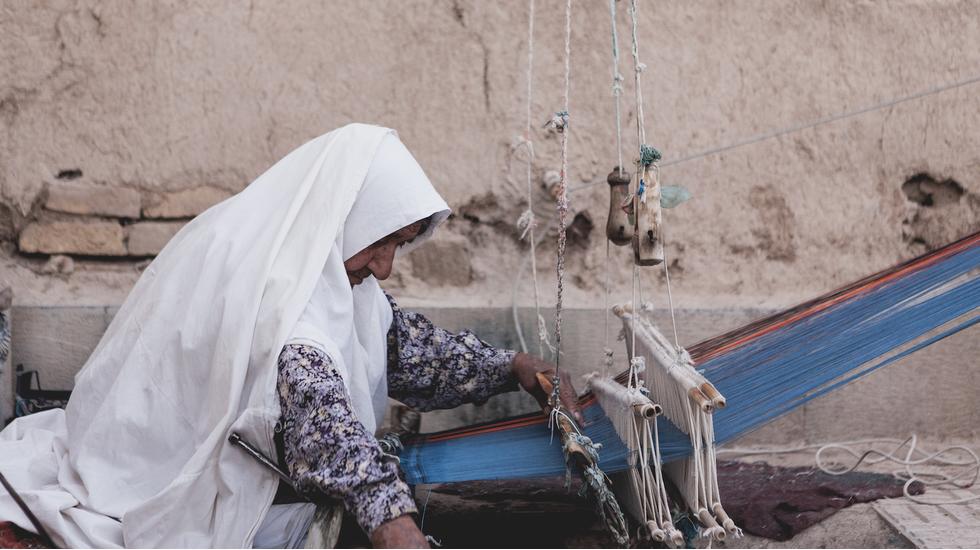 The The ancient desert town Varzaneh is a bumpy 100km drive from the city of Isfahan. You'll know when you're close. The air gets slightly dryer, the views seem to stretch that little bit further. Roads seem to disappear. It's likely your navigation system may not have all the answers here. For a second you might think you're lost and have to camp at an abandoned caravanserai.

Trust me: it's worth the trip. Slow down to the tempo of Varzaneh; this 5,000-year old settlement makes you forget about time.

In this desert town, the attire of the local women is striking. Only in this part of Iran do women wear completely white chadors; in the rest of Iran they wear black.

Just outside of the town lies the Varzaneh Desert, one of the most spectacular in the country. It's sand dunes are easily accessible and attract travellers from all corners of the world. Some set up their tents on the leeward side of the tall dunes. They are making preparations for a cold but starry night. Others glide over the hot surface like snowboarders, collecting sand in their pockets when they stumble and fall.

In this album, I sought to capture the golden backdrop of Varzaneh and its many magnificent sights.