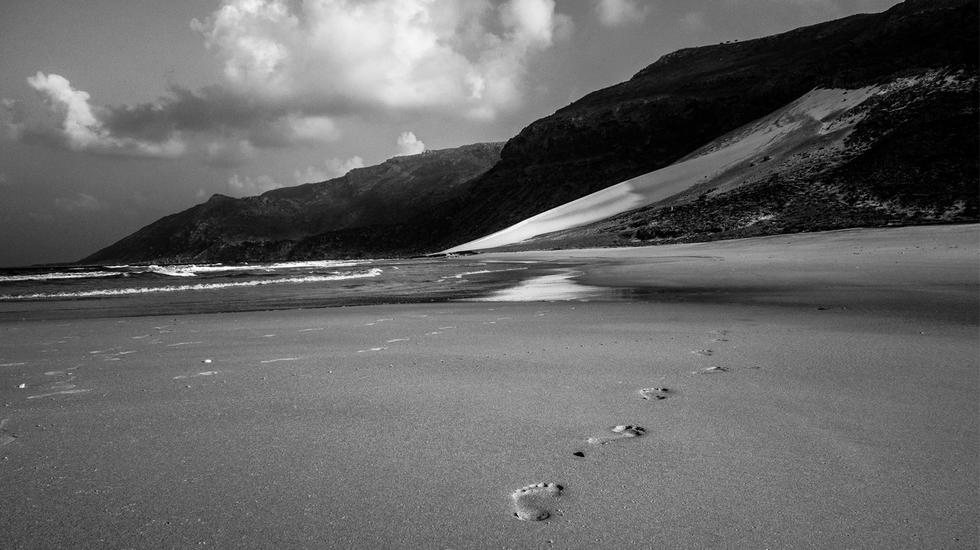 My My name is Yumna Al-Arashi. I was born and raised in the United States but my blood is Yemeni and Egyptian. I have a deep love for Yemen, I always have. It's one of the oldest civilisations in the world and a place where people truly know how to live by the land. Sadly things are not as they once were. As time has passed, war, climate change and the seeping disease of capitalism have all contributed to the demise of the country I love. But one place remains the same: Socotra.

The tiny island of Socotra is a hidden treasure, completely lost in time. Settled in the Indian Ocean, it lies 250 km from Somalia and 340 km from Yemen. Imagine being surrounded by the kindest and most welcoming people on an island where modern technology and tourism are alien concepts. One third of the plants here can found nowhere else on the planet, and the locals speak a distant version of Arabic that not even a Yemeni would understand.

Although the scenery is mind-blowing, it's the people that really catch my attention. Nothing is ever put to waste or used in excess. Goats and cows roam free and houses are built out of the island's trees and stones. On my last visit, I met a group of young boys at one of the beaches. They were fishing for their family's food, and they were damn good at it too.

We later picked up three kids who were hitchhiking back to their village. Sitting in the back seat of the car, we spent the entire ride examining one another in awe. One of the younger girls opened up her robe, a traditional abaya, to reveal the blue dress she was wearing underneath. She then pointed to my matching blue jeans. We laughed together, knowing that our laughter was the only way we could communicate a love of both our similarities and our differences.