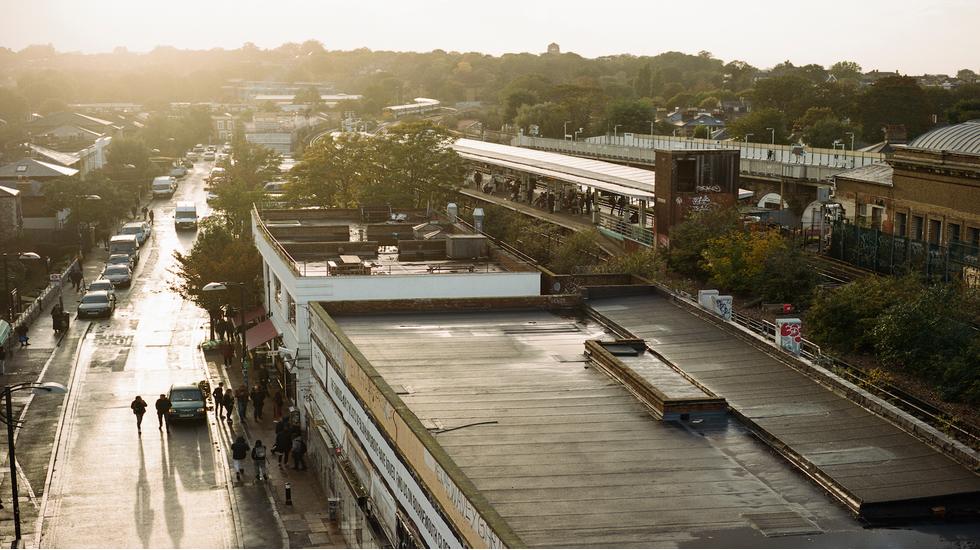 Working Working as a documentary and portrait photographer, I spent some time over the winter taking pictures at two very different local train stations in my home of South East London. Just over two miles apart, Peckham Rye and West Dulwich stations are frequented by few tourists, and so provided the perfect platform from which to capture Londoners.

The station of West Dulwich was built in 1863. Surrounded by trees, it resembles a quiet country station with a footfall that's comparatively small in relation to the capital's often packed transport network. From here, looking eastwards through the leaves, you can see the 17th-century clock tower of Dulwich College. The people who alight at its two platforms tend to be the affluent type.

Farther north, Peckham Rye station has served the residents of Rye Lane and beyond since opening in 1865. Centred around a Grade II-listed building built by architect Charles Henry Driver, it has been adapted and extended over the subsequent centuries, giving it a hodgepodge appearance. The demographics of its travellers is much the same; it's a jumble of suited young professionals, models, musicians and mechanics.

These stations serve as a reminder of the diversity of London's residents and the many paths that cross as we make our way around the city.