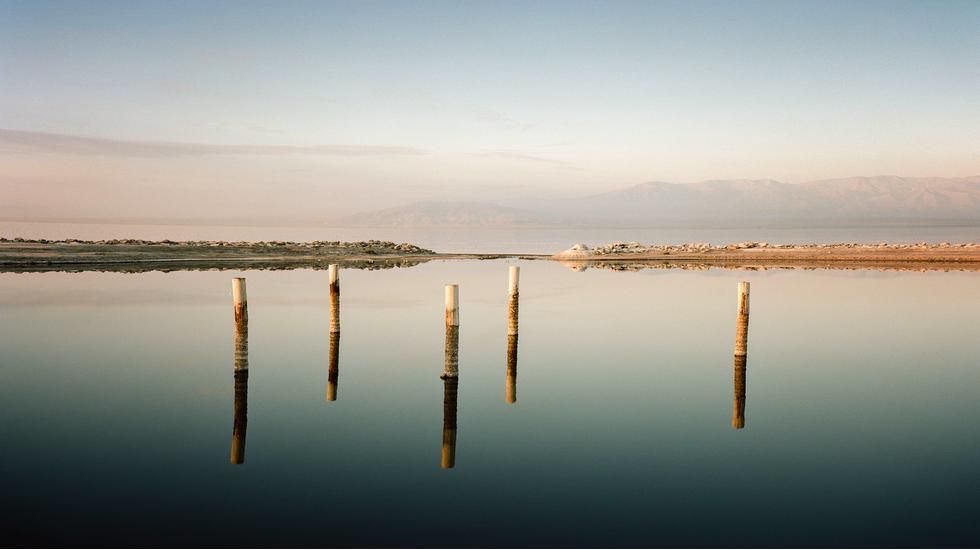 There's There's something about the deserts of California that feel lost and forgotten, the void you pass through on your way elsewhere, only stopping for fuel, food or the occasional selﬁe. Some might even call them a wasteland, full of barren patches of neglected property populated by dusty houses and discarded items hidden under a layer of dirt.

For me, this wasteland was a chance to explore something that wasn't modern, perfect or overcrowded. Whether it's climbing dunes or plunging into canyons, surveying mountains or scouting lakes, exploring this place in-between places never ceases to feel adventurous. It's a beautiful country ﬁlled with incredible textures, rich colours and interesting characters, and I became obsessed with trying to capture those qualities.

My ﬁrst stop was the Salton Sea. There I raced with a freight train along a winding road on my way to the beach surrounding its infamous salty lake. The sulphuric stench of rotting tilapia greeted my nostrils long before I arrived at its shores. The beach was covered with thousands of dead ﬁsh in various states of decay, having been suffocated and betrayed by the lake that created them. That night, I watched the desert sunset reﬂected in water so calm you'd swear it was a giant sheet of glass had it not been for the many species of birds dipping into it.

For the next 18 months, I attempted to mimic that ﬁrst trip, venturing through both high and low deserts, small towns and national parks. I visited Death Valley, El Centro, Brawley, Imperial and more. It became clear that I will never bore of trying to ﬁnd new moments exploring the deserts of southern California, a beautiful wasteland.

Discover More
On the Road: Driving through Dreams in California
Read now