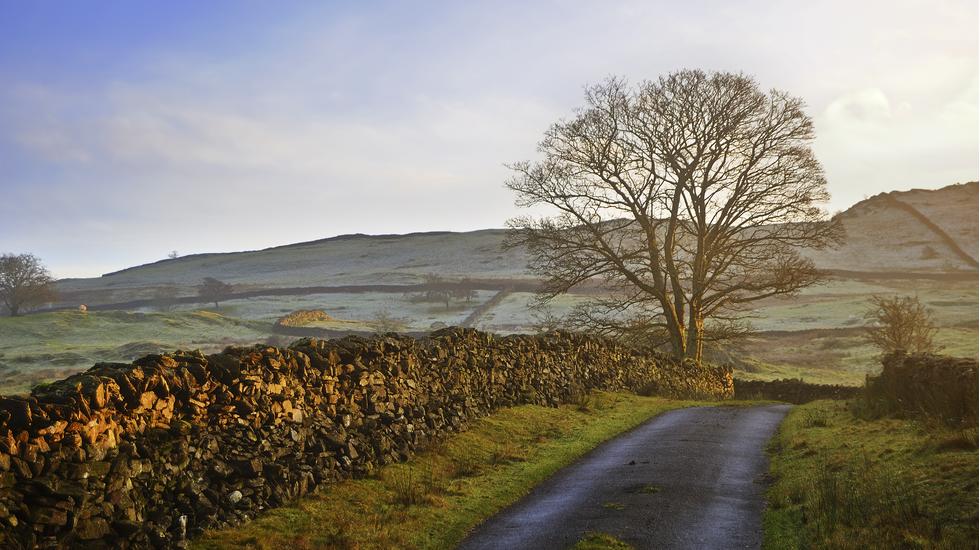 For For those who celebrate, the holidays have long been considered a time to gather and clink glasses with family and friends. A shaky December has put a pin in the plans of many and we at SUITCASE are no different. For most of us, the next few weeks will be spent at home. What to expect? The dense woodlands of Lincolnshire, Surrey's open spaces, a busy kitchen in Bow, the pages of our latest issue, Vol 35: Celebration, and, for the Londoners amongst us, steaming flat whites to-go from the capital's best coffee shops.

Walks, reads, and festive films for the week ahead

"The Surrey Hills is often branded as commuterville or London's little sister, but it's home for me. So, my festive return looks like rambling in endless green spaces and gulping lungfuls of crisp British country air. Though I've strolled the majority of Surrey's lesser-known landscapes, I always find myself running back to the same spot, Denbies Wine Estate. The vineyard itself is prime territory for hour-long treks across chalk downland and comes with rewarding vistas of Box Hill's famous Olympic cycling route. Truth be told, my Christmas holidays aren't as serene as my daily walk. With two brothers and two sisters, plus plenty of partners and babies that have joined the fold, there's never a moment's silence. As cliché as it may sound, I wouldn't trade it for the world."

"This year I'll be heading to the open spaces of Lincolnshire with the whole family. Between gorging on farm-fresh, home-cooked meals, you can find me snuggling down by the fire, taking over the TV with my marathon of must-watch Christmas films (oh yes, I'm that person, hello Jude Law in The Holiday) and strolling through the woods with the family pups and a thermos of mulled wine. Of course, Christmas just isn't Christmas in our household without the annual winner-takes-all board game tournament I've been practising all year."

"I've just moved to Bow in East London, so I'll be christening my new home this year by having my family over for Christmas Day. It'll be the first time I cook an entire Christmas meal on my own, so I'll be suitably flapping in the kitchen before feasting, then heading out on a Christmas walk around Victoria Park. We'll pop our heads into my favourite local - The Coborn - for a quick mulled wine on our way home before a snooze on the sofa with mince pies."

Christmas this year is spent in Norway at my parents' home, and it's a snowy one (finally)! Despite being here for weeks, we've only gotten around to decorating our tree today, which was driven over by family members from Denmark. As a family, we celebrate Christmas on the 25th, and I will be out in the snow with my boys and their snow racer until the food is ready! Last year we stayed in London and my eldest (he's four years old) distinctly remembers unwrapping presents in the morning - wish me good luck tomorrow keeping him away from the gifts until after dinner as that's a strict rule over here! Merry Christmas and God jul.

"For me, the holidays always happen in Ireland. I'll be tucked in from the coastal chill at my parents' home in south Dublin with my sister. Food-wise, it'll be goose with potato stuffing and all the trimmings on our table, plus glugs of robust red wine. Aside from having a few days to rest and catch up on some reading (currently Redder Days by the inimitable Sue Rainsford), I'm itching to walk the green trails over Killiney Hill with the endless shimmering blue of Dublin Bay for company."