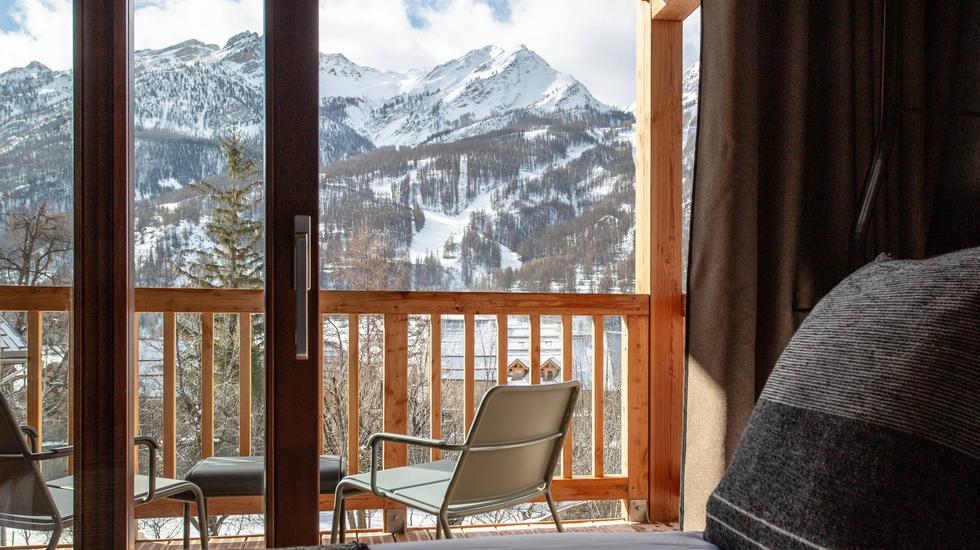 Hurtling Hurtling downhill, slaloming around snow-capped trees, the crisp alpine air kissing your cheeks: there are few better ways to experience the majesty of the mountains than on skis. But with each passing year, it's becoming clearer that from the Alps to Aspen, our snow-globe landscapes are in serious danger.

The beginning of 2023 has seen record-breaking temperatures recorded in eight European countries, with unprecedented winter heatwaves in Denmark, Poland, the Czech Republic and elsewhere. Alpine adventures have been cut short by a lack of snowfall, while some Swiss resorts have even reopened their summer biking and hiking trails in what is meant to be the depths of winter.

Snowy seasons are getting shorter, fresh powder levels are dropping fast (estimates suggest the Alps may lose as much as 70 per cent of current snow volume by the end of this century, and, over the last 100 years, temperatures in the region have already risen by twice as much as the global average), with the increasing melt of glaciers destabilising both high-altitude communities and those down in the valleys beneath the world's most famous ski resorts. Did you know that one third of ski resorts in the French Alps are struggling with drinking-water shortages? Climate change is hitting the ski industry - and the mountain environments it depends on - hard.

At SUITCASE, we like to be practical. Ski resorts don't have the best record when it comes to sustainability - and touching down in Davos every few weeks certainly isn't green. But, just as a world without travel would have a catastrophic impact on those whose livelihoods depend on it, closing down the slopes would be disastrous for the people who rely on the winter sports economy. The good news is, there are steps we can take to support ski communities while continuing to catch thrills on high - even if that means committing to taking trains to the Alps, offsetting our carbon costs and cutting back on the snow adventures.

To survive, the world of skiing needs our help. The best way to support it? By seeking out the resorts committed to changing their ways and offering a sustainable solution. Here are the destinations going green to keep the snow on the slopes (though we can't promise white mountains this winter).

Laax has good reason to fight hard to tackle the current climate crisis: the region is home to some of Switzerland's best off-piste terrain and, in recent years, shortening winter seasons have left its killer free runs a bit patchy. Locals are seeing first-hand the impact of warming temperatures; the nearby Vorab Glacier, with its famously sharp slopes, is in retreat. So, understandably, there are big plans in the Graubünden resort: forget baby steps, they're leapfrogging into the future. Laax has pledged to be the first self-sufficient, closed-system ski resort. The entire resort runs on hydropower, with plans to build a wind farm, too. New gondolas will soon run on an as-needed basis and, when you're whizzing between the resort's three main villages, you'll be catching a lift in an electric car or on the new Laax E-Shuttle. They're not forgetting the small stuff, either. Need to wax your skis? Rental stores in Laax Flims offer plant-based products, following research that found conventional waxes can take thousands of years to degrade. Plus, when you hit the slopes, you can use a wooden Last Day Pass on the lifts. All proceeds are passed on to a non-profit whose aim is to preserve and protect the Vorab Glacier.

Serre Chevalier eschews the glitz and glamour of France's most famous ski resorts in favour of a low-key, unpretentious approach, which happens to fit neatly into its sustainability strategy. Accessible from the UK by train, the collection of old villages - including one that is a Unesco World Heritage site - are strung out across out across a heavily wooded valley, offering old-world charm by the bucketful: think cobbled streets, low-rise chalets, historic old walls and an aversion to anything energy-gobbling. The lowdown up here is that snow cannon use is being reduced in the resort - and all villages are moving to solar or wind-power consumption. On the area's wooded slopes, you'll find more than 80 runs that are accessible by solar-powered ski lifts, plus a variety of quirky alternative activities that are low-fi and low-carbon. Switch snowmobiling for ski joëring - harnessing yourself and your skis to a galloping horse (yes, really) - or slow down with a meditative snowshoeing session through Écrins National Park. The protected terrain of tumbling glaciers and crystalline waterfalls is home to an encyclopedic array of wildlife, including allegedly, the odd wolf.

Where to stay: L'Hôtel Le Monetier

Net zero carbon footprint achieved in 2011? Check. Using snow fences to collect the white stuff and reduce the use of snow cannons? Check. A social responsibility plan to support local communities? Check. Electric vehicle charging stations, recycling stations and renewable energy use? Check! The family-run resort of Pyhä might be super-serious about achieving its goal of being the world's cleanest ski destination, but skiing at this Finnish spot is laid-back and low-key. There's a small but diverse range of runs - wide, and quiet for beginners, with black piste heart-stoppers for thrill-seekers wanting to try their luck against the national ski team, which carves up the steep Huttu-Ukko slope. The Scandinavian countries tend to get overlooked when we're planning our ski season, but this Lapland spot offers something uniquely different. Get a taste for Finnish culture with local dishes of reindeer and foraged berries, try your hand at ice fishing or head out on snowmobile in search of the northern lights - from a resort that's as green as an aurora display.

Where to stay: Phyä Igloos

Where to eat: Restaurant Aihki

The angular architecture of Avoriaz has long showcased this French ski resort's intent to stand out. Rustic, weathered and distinctly modernist, the ski hub has banned the use of cars since its creation in the Sixties, meaning its streets are mercifully free of emissions and belching exhausts. Efficiency was built into its unique infrastructure, too. Take the roof shape of most buildings in the town. Built to mimic the dramatic drops of the surrounding landscape, they maintain snow to help insulate the homes beneath. You'll notice that most of the residences face south, too - a design feature whose purpose is to maximise daylight hours. Everything here, including the grooming machines, runs on biofuel - except the snowmobiles, which are electric. And the eco-snow park for snowboards? Built from fallen trees, of course.

Where to stay: Hôtel des Dromonts

Carving up freshies on a fine winter's morning, it's easy to forget that most mountains are also important ecological habitats. Not so at Marmot Basin, where wildlife always comes first, thanks to a visionary plan to preserve and protect it. Popular with Edmonton weekenders, this low-key ski spot shares its uncrowded high-altitude runs with bears, short-tailed weasels and the hulking form of the endangered woodland caribou. The Jasper National Park resort carefully manages snow-grooming to protect vegetation in the 900m vertical-drop valleys, and there's a serious effort in place to protect local water sources from contamination. Impressively, Marmot Basin has also reduced its carbon footprint by over 10,000 tons per year. So, when you're slinging switchbacks down the recently opened Tres Hombres, keep a close eye out for teddies enjoying the fresh powder, too - you might be in for an unexpected Super-G rally with a grizzly.

Where to stay: Pyramid Lake Resort

Where to eat: Jasper Brewing Co

Beloved by big-mountain skiers, this Sangre de Cristo valley town is a ski destination powered by contrasts. An offbeat mix of classic alpine ambience with a hispanic edge, you'll find Bavarian eateries serving bratwurst sitting snug beside burrito-rolling restaurants, not to mention plenty of fresh powder in a state more commonly known for its desert expanses. It's also the first major ski resort in the world to receive B-Corp certification, thanks to its commitment to fulfil its published list of 101 environmental and social initiatives, including switching to 100 per cent solar power, turning food waste into compost for local farmers and employing a living-wage standard. Those who stay at The Blake will find local goods put to use across the hotel - including High Desert Honey and Chokola chocolate - and the resort rolls profits into charitable endeavours, such as getting underprivileged children out onto the slopes.

Where to stay: The Blake

Crowned by a ring of icy four-thousanders (peaks measuring 4,000m or more) and almost 20 glaciers, Saas-Fee has long acknowledged the need to protect and preserve the unique mountain landscapes around it. In 1951, the village banned conventional cars and, more recently, became the country's first carbon-neutral municipality, thanks to its use of hydropower and solar power. Getting to the high-altitude slopes that cross the Dom and Allalinhorn glaciers will involve jumping aboard one of the emissions-free electric ski buses, before chasing thrills down the glacier runs.

Where to stay: Walliserhof Grand-Hotel & Spa

Where to eat: Zur Mühle

This article was updated 4 January 2022.