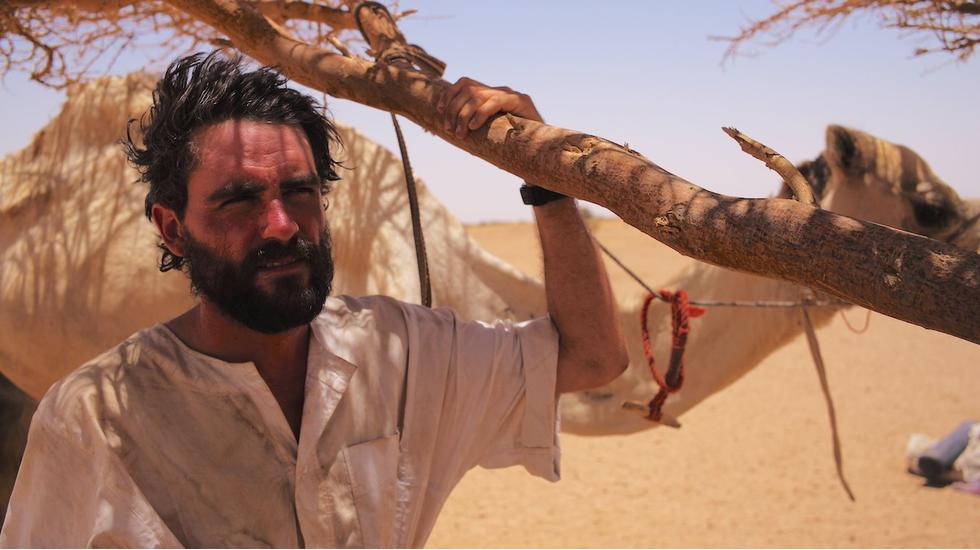 What What do you want to be when you grow up?" It's a question often answered with equal parts optimism and naivety by young hearts set on becoming famous actors, artists and astronauts. But Levison Wood has seen his childhood ambition to explore the world fulfilled. A professional adventurer, photographer and best-selling author, he has also completed one of the last epic solo journeys left on earth, walking the length of the River Nile. That's six countries, 4,250 miles, 7million steps and two very sore feet.

This nine-month expedition was not just a whim. It was the culmination of 15 years of travel experience and two years of intense planning and fundraising. And when he set out, Levison's CV was already pretty impressive: "Everything I've done has built towards making travelling a career and a lifestyle." And he has managed to do just that.

Having ventured to more than 90 countries in his 33 years, Levison's adventures began when he was still a poor graduate, as he embarked on a solo hitchhiking mission through Europe and the Middle East to India. He later joined the Parachute Regiment as an officer and served in Afghanistan in 2008. And this was just the beginning.

He soon developed an appetite for seeking out dangerous, remote and often hostile corners of the earth. In 2010 Levison co-founded the extreme travel company Secret Compass, and has gone on to lead many expeditions to challenging areas and post-conflict zones.

Speaking to Levison, you can't help but want to absorb as much as you can about everything this modern-day explorer has seen and done. As a starting point, I wanted to know what drives someone to relentlessly pursue a life of travel and exploration. Is it an innate desire? Or did he 'catch' the travel bug along the way?

Growing up on the adventures of great Victorian explorers such as Livingstone, Speke and Burton helped sow the seed, but it wasn't until he ventured of on his own that Levison really became hooked: "I've been travelling solo since I was 17 and did the usual gap year before university. But I always wanted to cross the boundaries and do a bit more. Since then, everything I've done has revolved around travel."

Levison's most recent expedition, documented in the four-part Channel 4 series Walking the Nile, offers a vibrant, honest and at times harrowing portrait of modern Africa. Why the Nile? With its dense jungles, unforgiving deserts, colossal swamps and bullet-laden war zones, it may seem an unnecessarily perilous feat to attempt. But of course, the Nile is so much more than its unfriendly topography: "Africa was the first place I travelled to solo and it's always had a special appeal for me. I studied the history of Africa at university and I think that's why I've always been drawn back to it - it's a unique and magical continent."

It would be nice to have an extra continent to explore wouldn’t it?

The River Nile in particular is home to a rich, diverse and at times bloody history that spans centuries, countries and civilisations. I wanted to know to what extent this history is present in the lives of the people Levison met along the way: "There's a predominantly oral history in Africa - wherever you go people tell stories and I think that really plays out. I went to one village in particular and a lot of the old people claimed to have met Sir Samuel Baker. Of course, this is highly unlikely as he was there in the 1860s, but their great-great-grandfathers probably did meet him, and they talk about it as if it was yesterday."

The ability to immerse himself in the countries he walked through was incredibly important to Levison, and was facilitated by the kindness and hospitality of those he met: "Everywhere I went I was welcomed. Obviously there were certain places where I did get robbed like in Tanzania, and I was shot at in South Sudan, but 90 per cent of the time people looked after you and they just wanted to help."

I was interested to know who had the strongest impact on him out of everyone he met. "I was with my guide Boston [Ndoole] for about four months and I'd say he was one of the biggest influences on my trip. We really were in each other's pockets for a long time. But Moez, who I was with for two months, was also a fascinating character and a lovely guy. He helped me through some of the more difficult times - physically and mentally. The hardest part was walking through the Sahara desert, so it was good to have someone there who just got on with it!"

Despite walking with guides for significant parts of the journey, often Levison's only company was his audiobooks and his own thoughts: "The loneliness was definitely one of the hardest bits - just staying motivated to carry on every day. It wasn't the music or anything like that but interaction with the people I met along the way that kept me going." I ask if his latest expedition was linked to a quest for self-discovery, but Levison just laughs. "It wasn't about 'finding myself'. It wasn't so much about a personal transformation of myself than an opportunity to learn about the places I was going and to document and share it with other people. There were no dreadlocks or grand epiphanies!" But that's not to say he didn't have some real moments of beauty and wonder: "Murchison Falls in Uganda was awesome and a really spectacular place - so definitely a high point for me."

And the most difficult moments? "When Matt [Power - a journalist who came to join him for a week] died in Uganda that was a terrible tragedy." Despite their best efforts to save Matt, he suffered hyperthermia - an extreme form of sunstroke - in the Ugandan heat. "There were also moments in South Sudan, going through a war zone you see such horrible things, and you do sort of wonder what on earth you're doing walking through it."

Having seen so much of the world - the good and the bad - I ask Levison if after all his travelling the earth seems a smaller place, or does he feel smaller within it? "When you're on your own in the middle of the desert or on top of a mountain, you do feel small and humbled. But I wonder, it would be nice to have an extra continent to explore wouldn't it?" And how has travel enriched his life back home in London? "I'd like to think it's given me an extra perspective on the place we occupy. I feel very grateful that I've been able to travel to so many places and see so many amazing parts of the world."

Returning to 'normal life' after such a long time away must require a certain degree of reverse acclimatisation, and I wonder how Levison has readapted to the plugged-in world. "To be honest, you never unplug, I'm afraid to say. I was fully plugged in the whole way down the Nile, and it was - if not a downside - definitely a burden in that you can never escape technology." I detect a hint of disparagement for social media and its impact on the travelling experience, which Levison confirms: "I think social media is something that has distracted from travel. You know you go to a hostel now and people don't talk to anyone else because they're too busy playing on their phone, uploading photos to Facebook." His advice? "Limit technology where you can."

So, if not on social media, I ask where we can see photos from his travels. "I have saved all my best photos for an exhibition taking place in London in December." And what else is in the pipeline - any plans to settle down? "I do have a new trip coming up but I can't say where. I'll never stop travelling, but maybe I'll not go for ten months at a time in future. I'm getting on a bit." Maybe. But somehow, something in his tone tells me there's still much more to come for Britain's most promising explorer.