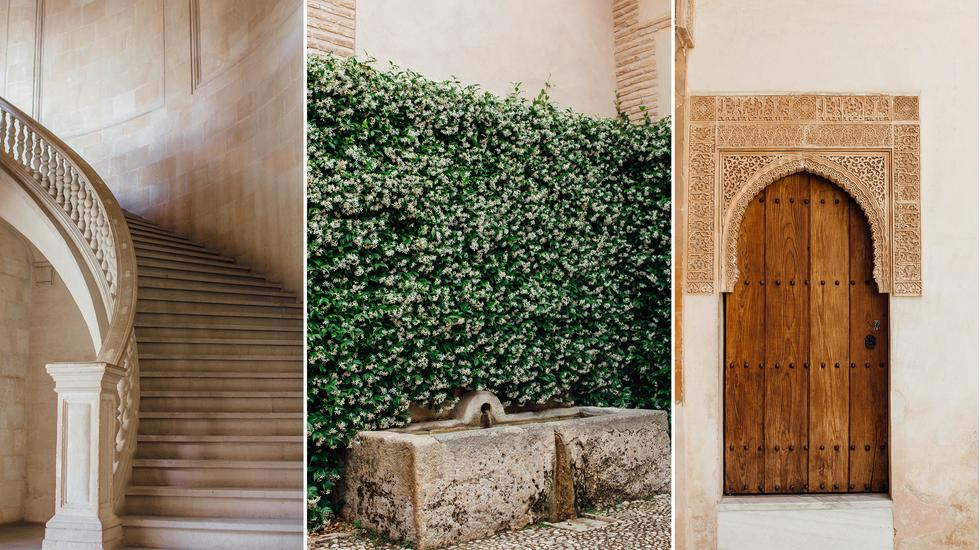 The The Alhambra is a vast palace and fortress complex which sits imposingly at the top of the al-Sabika hill in Granada. Its name derives from Arabic, meaning "red castle". The majority of the buildings forming the complex today were built in the 13th and 14th centuries, although the first references to its construction at the hilltop site can be found in documents dating back to the 9th century.

The Alhambra is considered to be one of the finest examples of Moorish architecture in Europe and is a reminder of the influence the conquering Moors had on the culture of southern Spain. The star attraction is the Nasrid Palaces - the jewel in the Alhambra crown. The rooms are a rich mix of intricate carvings, glazed tiles, decorative archways and reddish-pink plaster hues. The palace windows offer spectacular views over the city and the surrounding gardens; it's easy to imagine the opulence in which the Nasrid kings lived.

Another draw to the Alhambra is the palace and gardens of Generalife, designed as a retreat for the kings from official palace life. Its series of large gardens are scattered with fountains and pools, patios and pathways, and plenty of brightly coloured flowers.

The Alhambra proved to be the last stronghold of the Moors and towards the end of the 15th century, the Catholic monarch had reconquered Andalucia. The Palace of Carlo V is built in a Renaissance style, in a stark contrast to the Moorish architecture; the mosque was destroyed and replaced on the site by a church, marking the end of the Nasrid rule.