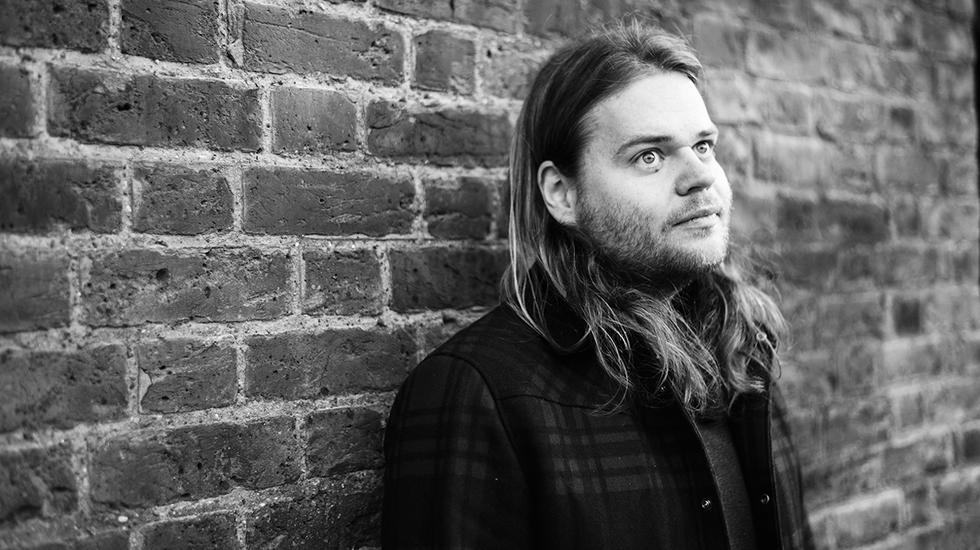 If, If, like us, you are in a monogamous relationship with Netflix, you might have caught the first season of Chef's Table that aired earlier this year. Along with chefs like Dan Barber and Massimo Bottura, one of the feature-length documentaries honed in on the life and work of Magnus Nilsson, one of Scandinavia's most important culinary stars.

Food lovers make pilgrimages to the remote Fäviken, the restaurant where Nilsson became head chef in 2008, to partake in a dramatic feast of local produce, preserves and delicately balanced seasonal dishes. It lies in the sprawling alpine lands of Åre in the Jamtland province, where Nilsson grew up. It is a postcard of rural Sweden, made up of red wooden buildings and imposing forests, backlit by dramatic changes in temperature and light across the seasons. It was here that Nilsson grew weary in his younger years, leaving for Paris after attending a local cookery college in his hometown. It wasn't until he returned home, armed with renewed cookery knowledge, that he finally came to understand the beauty of the land.

Three years ago, Nilsson began drawing up the first pages of his new book, The Nordic Cookbook. In it he explores the culinary traditions and cultures of the Nordic regions. Touring across the vast landscapes of Sweden, Norway and Denmark to Greenland and the Faroe Islands, Nilsson lifts the lid on a rich culinary tapestry that he sees as misunderstood. As well as filling the (very hefty) book with the recipes he picked up on his way, Nilsson also showcases his skills as a photographer with landscapes that manage to be both tender and sweeping at once.

So there we have it; an internationally renowned chef creating some of the best food in the world, the author of a cookbook poised to become an instant classic and a whizz on a camera. We met up with Magnus Nilsson to hear about his newest venture. And we'll be keeping our eyes peeled for cheap flights to Sweden and floor length fur coats from now on...

SUITCASE MAGAZINE: What was the process of shooting landscapes in The Nordic Cookbook?

MAGNUS NILSSON: I had spent so much time travelling around researching recipes. The landscape photography just came very naturally from all of that exploring. You couldn't commission a photographer to do that because it would have taken years of travelling around! The landscapes of the countries I explored were so integrated with the food, so showcasing its beauty just seemed like the natural thing to do. It's been a real privilege to include it in the book. My publisher had seen photos I had taken before and asked me if it was something I would like to do. Of course, I said yes!

SM: Do you think people outside of the Nordic region understand the cuisine?

MN: No. And not inside of the region either! You see the most obvious dishes; herring, gravlax, meatballs, those kinds of things. And then you have some very obscure foods like Icelandic shark - almost curiosities. Beyond that, most people don't really have a grasp of the full food culture, simply because it's very inaccessible. If you compare Nordic food culture to, for example, Spanish food, you could go into a random restaurant in Madrid and there is a pretty good chance of you finding a true representation of traditional Spanish cooking. But in Sweden, you won't find anything. That kind of restaurant doesn't exist, because in the Nordic region the food culture is carried more within the home, rather than in restaurants. If you don't have someone in the Nordic region to invite you into their home, the chances are you probably won't get a taste of the food culture there.

SM: How does the food of the southern parts of the Nordics compare to the northern areas?

MN: It's amazingly different. Geographically, it is such a large region. From Finland to Greenland, it is twice as big as Europe. So considering the nature, the weather and the landscape, you naturally have a huge variety of food. One of the things I discovered whilst making this book is that it is not a homogenous region. What you eat in Finland and what you eat in Greenland are incredibly different.

SM: Do you ever find the contrast of darkness and sunlight in Northern Sweden a struggle?

MN: Maybe on a subconscious level I mentally prepare for winter. But truly, I like the weather. Sure, winters are dark. But we make up for the darkness in the summer! Where I grew up, there is sunlight all day and night in summer. You can go to the beach at ten o'clock in the evening.

SM: You said that you 'tolerated' growing up where you did. Did you find beauty in the area when you opened Fäviken and began using the surrounding land?

MN: Yes. I came back to it after living in South Sweden for a couple of years, and then in France for four years. And I came back. Back then I still don't think I fully understood how much fantastic stuff there was there, but I was more motivated to find out.

SM: And how did you find out?

MN: I spent time in the place. That's the only way. I went out into the land and learnt it properly for myself for the first time.

SM: In writing the book, have you learnt any techniques that you've brought back to the restaurant?

MN: Yes, a lot actually. I always thought that there would be a few because I was learning new things. But I never realised the degree to which these foods would become part of the menu. It's not like I've just found dishes and put them on the menu, it's more about bringing the processes into the kitchen at Fäviken. Doing the book has been a huge part of my life for three years, so it has naturally fed into what I do there.

SM: Was your intention to open people's eyes to Nordic food?

MN: I didn't really see it that way. That is just one of many elements of it that add up to this picture of Nordic food that I wanted to create in the book. People know the stereotypical recipes. And then there has been a lot of media coverage about places like Fäviken and Noma. But I think people are a lot more intelligent than to think that what we do at the restaurant is an accurate representation of Nordic cooking. Because it's not! The amount of exposure has inevitably shaped the way people see Nordic food, but with the book I wanted to present a counterbalance. I wanted to show how much more there is to it.

SM: What traditions do you observe in the food at Faviken?

MN: We use a lot of traditional techniques, but it is a very contemporary restaurant. Some of the techniques are very rooted in the old cultures of the area.

SM: Do you think that modern restaurants are too concerned with being contemporary? Are there too many bells and whistles in modern kitchens?

MN: I don't think it matters, as long as it gets you the results that you want. What would be nice to see is diversity in restaurants. Particularly in the very ambitious kitchens, about ten years ago everything was the same. What we can see now, and what I hope to see more of, is restaurants with their own clear identity, showing the characteristics of the chef. It makes for much more interesting eating.

SM: Have you seen a change in the way people eat in Sweden recently?

MN: The way that Swedes eat has changed a lot. Not so much because of restaurants like mine, but since becoming part of the EU we've had this huge influx of produce that we haven't had before. There has been more and more travelling, more and more consumption of media leading to new cultural influences. This has brought about a lot of change, in eating and in many other ways.

SM: What's currently in abundance in the area surrounding Fäviken?

MN: There's a lot of game right now. We're in the middle of the moose season and at the end of the game bird season.

SM: To those of us who haven't tried moose, how would you describe it?

MN: It's a bit like beef. It's very light red meat, and you cook it in the same way, medium rare.