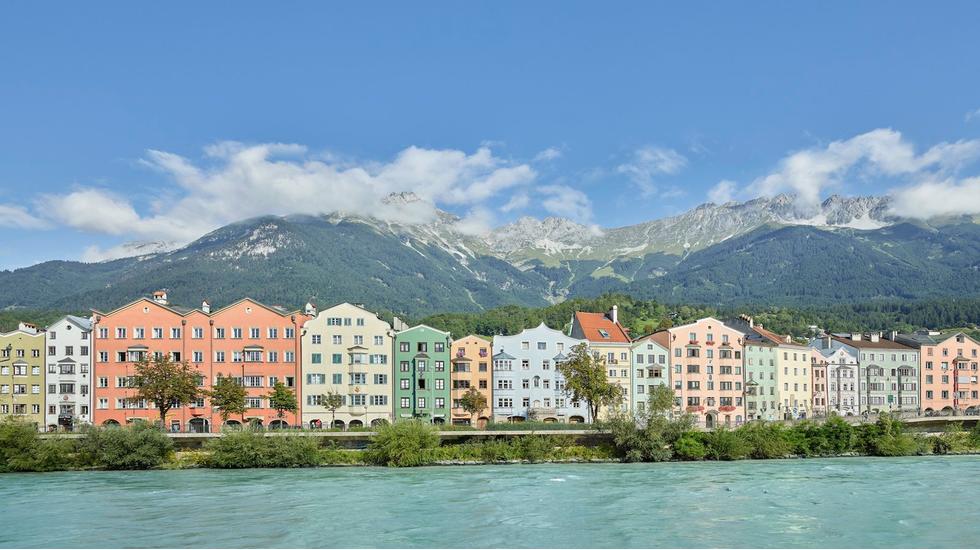 While Vienna may be a place of pilgrimage for classical-music nuts and has an unrivalled café scene to boot, in 2020 we're looking to "second cities" for our holiday hit. Offering similar delights - but minus the crowds - this year it's all about venturing beyond perennially popular capitals in favour of lesser-visited locales.

Austria Austria as a country is a destination that does that nature/ culture hotch-potch like few others. It may not have a coastline, but what "Österreich" lacks in sandy beaches it more than makes up for in majestic mountains, dominated as it is by the jagged peaks of the Alps, sugar-coated in winter and perfumed with wildflowers come summer. In short, a trip to Austria offers a catch-them-all break for time-poor urbanites looking for a bit of everything.

Whether you're in the market for an outdoorsy break, looking to do some serious eating or want to scope out unsung art and architecture in stonkingly beautiful surroundings, these are the under-the-radar Austrian cities that we're putting on our hitlist.

Innsbruck: For City and Mountains

Innsbruck is the capital of Austria's beautiful Tirol region and deemed the jewel in the country's mountainous crown. It's a city for curious travellers looking to get off the beaten track and get their fill of both town and country in one hit.

There's no better place to start exploring than at one of the Zaha Hadid-designed funicular stations, all of which bear her signature space-age stamp. From there, head into Nordkette mountain range. It's part of the Karwendel Nature Park, which just happens to be the biggest in Austria, and is only 20 minutes by cable car.

Perhaps it's the altitude, but in Innsbruck magic seems to hang thick in the air. Ask a local and they'll tell you the cloud-kissed peaks that cradle the city are home to an army of mythical characters. There's Haymon, a heavy-footed giant; Frau Hitt, a narcissistic queen who was turned to stone for her avarice, and a mischievous goblin called Kasermandl, to name but a few.

Climbing is the name of the game in Innsbruck and routes cater to everyone, from Gortex-clad hiking enthusiasts to those looking to simply drink in the views from the top. Unsure where to begin? We suggest visiting one of the area's mountaineering schools where you can recruit the know-how of a local guide to show you the ropes.

If you're visiting in summer, head to the grassy banks of Baggersee, a serene lake where you'll likely find locals alternately dipping into picnic hampers and the cool waters. As evening falls, head to one of the city's luxuriously outfitted rooftop bars (those at the Adlers hotel and Penz hotel are our favourites) or work your way through regional schnapps at S'Culinarium in the pretty old town. Each valley in Tirol distills their own concoction from seasonal mountain vegetables - base notes vary from apple to turnip, so we suggest you discriminate accordingly.

When you've had your fill, make your way through the city's warren of winding streets back to your hotel. We've picked out Hotel Faktorei for it's Scandi-style furniture, mountain views and handy location in the city centre.

Salzburg: For Culture and Music

If you like Vienna, you'll undoubtedly fall for Salzburg's charms. There's something about its looming baroque architecture and classical-music scene (it's the birthplace of Mozart and the von Trapp family) that lends it a similar grandiosity - yet to be set upon by crowds. Salzburg isn't all antique architraves and symphonious concert halls, however. There's a burgeoning contemporary-art scene that quietly but sternly demands attention.

Perhaps the biggest draw is the Salzburg Festival which celebrates its 100th anniversary this summer. Usually, about 250,000 culture vultures descend on the city for a global gathering of the brightest names in opera, theatre and classical music. It being the centenary year, the extravaganza will be preceded by an exhibition at the Salzburg Museum which opens in April, while the festival itself is set to be the most spectacular yet.

Flitting from one concert hall to the next is a savvy way to get to grips the city's geography at speed, while you'll stumble across unexpected treasures along the way. Our favourite pit stops are Mozart's residence (a world away from his modest birthplace, also found in the city) and the aforementioned Salzburg Museum where a mixture of baroque paintings and funky multimedia installations are used to tell the city's history. We also recommend a diversion to the Museum of Modern Art, perched on the sheer cliff-edge of Mönchsberg and offering panoramic views of the city below.

To immerse yourself in Salzburg's contemporary cultural cachet, make tracks to the river. On the south side, Altstadt (the old town) is home to the arts centre Arge Kultur, as well as conceptual-art organisation, Salzburger Kunstverein, where an itinerary is always brimming with interesting events. In Neustadt (the new town) to the north, outpourings by some of the world's most important 21st-century artists such as Cory Arcangel and Anthony Gormley are displayed in the skeleton of 19th-century Villa Kast. Swing by the neighbouring Mirabell Gardens, too - it's a honeytrap for tourists, but elegant nonetheless.

From here, it's a five-minute wander back to Hotel Auersperg. It's not only conveniently located just outside Altstadt but has an intimate courtyard garden where you can take breakfast in the morning and cocktails in the evening - the perfect bolthole to both start and end a cultural weekend in the city.

Skirt the Tirol mountains from Vienna then edge southwards towards the Slovenian border and you'll happen upon Graz. It's a sprawling town, surveilled by a medieval clock tower plucked straight from the pages of a Germanic fairy tale. But don't let this picture-book scene fool you. Much like the varied cityscape, there are an array of contemporary and traditional culinary experiences to get stuck into.

The best way to get an overview of the city is to grab coffee and a slice of strudel at Aiola Upstairs which sits on top of Schlossberg, a verdant hill in the city centre. From there, map out your itinerary. First, you'll want to seek out some local produce; if you leave Graz without visiting one of their 14 farmer's markets, you've been cheated. At Kaiser-Josef market you'll be spoilt for choice - though be prepared to jostle with crowds on a Saturday when the locals descend for their weekly shop.

Then, hit the "Bermuda Triangle" of Graz. Calamitous though it may sound, it's actually an endearing moniker used to describe the seemingly endless variety of bars and restaurants that vie for space in the pedestrianised streets around Mehlplatz and Färbergasse. There's a table under our name at Gasthaus Stainzerbauer, where hearty Austrian plates are dished up with a side serving of traditional charm.

The ultimate highlight of the summer calendar in Graz is The Long Table, an open-air banquet during which 750 guests indulge in a feast cooked by some of the city's most esteemed chefs - think long, white-tablecloth-clad tables, multiple courses and an atmosphere made for merriment. It's extremely popular both in Graz and the surrounding regions, so be sure to book in advance. Visitors who are too late to nab a seat at the table should book tickets to the Styriarte Festival in June instead, where pre-theatre dinners dished up by regional chefs are as highly anticipated as the varied performances.

The Augarten Art Hotel is the place we're choosing to stay. Not only does it have an eclectic collection of Austrian artwork, but their restaurant is also one of the best places in Graz to fill up on fresh, organic food. If you're hankering for a country escape, the Styrian wine region is a short car ride out of the city; strap yourself in at a traditional "buschenschank" (wine tavern) and sample the latest "Heuriger" (wine harvest). We couldn't think of a better digestif for a long weekend spent sinking your teeth into the city.