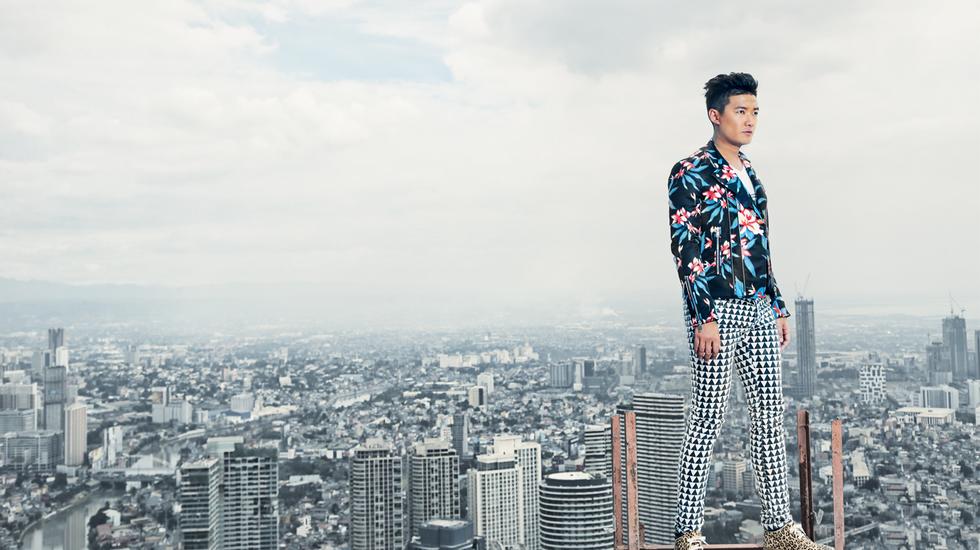 A A night out in Manila would not be complete without paying a visit to one of Tim Yap's clubs. A radio and TV host, club owner, columnist, creative director, newspaper editor and eventologist, Tim also happens to be the undisputed king of nightlife in Manila. We were lucky enough to be escorted by Tim personally (in a blacked-out, decked-out white van) and proceeded to have a whirlwind of a night involving champagne, tigers, male Brazilian models and Kid Cudi. I even managed to squeeze in a few questions.

SERENA GUEN: In your opinion, you haven't truly experienced the Philippines without....

SERENA GUEN: In your opinion, you haven't truly experienced the Philippines without....

SG: How did The Tim Yap TV Show begin?

TY: I've been doing multimedia work for quite a long time now. I started with my own lifestyle show for MTV, hosted a trends show for Channel V, an events reality show, a lifestyle magazine show, a Sunday noontime variety show, even a singing competition for the local network while editing the weekend pop culture section of a broadsheet. After all that noise, it was about time I did something quiet and insightful, where my audience can learn from me, or from my guests, in an intimate setting each night. That's how The Tim Yap Show was born.

SG: As a TV and radio host, who are some of the coolest and most influential people that you've met?

TY: I was part of the entourage for Rihanna's 777 tour - riding in her 777 plane for seven shows across seven cities in seven days. I've also interviewed and hosted after-parties for pop stars from Katy Perry to Adam Levine, Mariah Carey and The Black Eyed Peas. I shook Nelson Mandela's hand when I was only a little kid and Bill Clinton shook mine when I was in line for The Producers one afternoon in New York. I ran after Robbie Williams one time after being beside him in the VIP toilet at an MTV Awards show in Singapore, but that didn't end up well.

SG: Do you think the Philippines has the potential to become the party capital of Southeast Asia?

TY: It's getting there. More and more complexes are being built which are devoted to nightlife, and all the top acts make sure they stop by and experience Manila. The Filipino spirit was made for this. Everyone's a rock star on these shores.

SG: If we're looking for the ultimate Friday night out, where do you think we should go?

TY: Sunset cocktails at 71 Gramercy, a Filipino dinner at Aracama, drinks at The Palace Pool Club followed by dancing all night at Valkyrie. Then breakfast at The Peninsula lobby before heading home sometime on Saturday.

SG: What are some of the unique challenges you face as an entrepreneur in the Philippines?

TY: You have to keep up with the speed and quality of things, and make sure people are on the same page.

SG: What's next for Tim Yap?

TY: Outer space! A newly adopted kitten called Pringles (which has its own hashtag #TheMoustachedCat) and some fresh collabs launching soon.