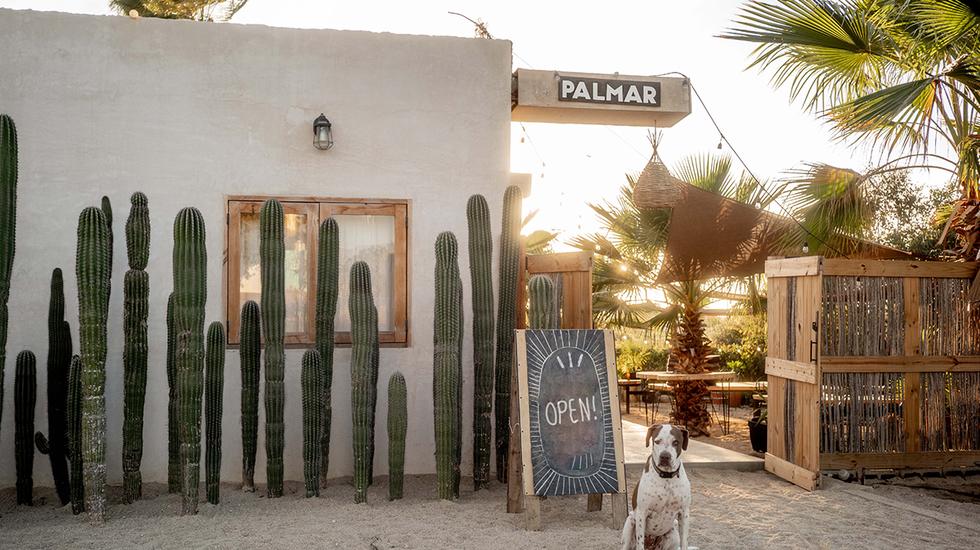 This article appears in Volume 36: Discovery.

Todos Todos Santos is a verdant oasis, sitting among fertile farmland in the foothills of the Sierra de la Laguna mountains, which turn purple as the sun sets. Whales can be spotted just off the coast from serene Playa Las Palmas and more developed Playa Los Cerritos, while San Pedrito Point and Los Cerritos surf breaks attract wave riders from around the globe. Throughout the 19th century, Todos Santos thrived as the Baja sugar-cane capital, its cobblestoned streets and mishmash of molinos (processing plants), pastel-hued casitas and grand brick-and-adobe haciendas of sugar barons making the town an architectural delight.

Until the mid-1980s, when the Mexican government paved Highway 19, Todos Santos was effectively off-grid and facing decline. Fast forward to 2006, however, and the town was named a Pueblo Mágico (Magical Town), an accolade highlighting its charm for tourists. Today, these old buildings house organic restaurants and owner-operated galleries and boutiques. The streets are filled with an eclectic mix of hotshot chefs from Mexico City, New Age spiritualists from Arizona, Californian and Canadian surfers, European design obsessives, artists from Guadalajara - and now, a growing number of pandemic-driven guest workers who have fled Los Angeles, Vancouver, Seattle and Portland, flocking to this unarguably magical town in search of a sunnier life than their old one appeared during successive lockdowns. Use our guide as a jumping-off point to discover this magical destination for yourself.

For longer-term travellers hoping to juggle remote working with surf lessons, regular yoga classes and sunsets, Outsite Todos Santos ticks all the boxes. Rooms are minimalist but comfortable and immaculately clean, the WiFi is fast and reliable and there’s a well-run communal kitchen and various sun decks and co-working spaces. It’s perfectly located for travellers without a car; the best yoga studio in Todos Santos, Cuatro Vientos, is just down the road.

Recently opened by a creative family from Veracruz, Palmar has three simple but beautifully designed casitas and a much-loved on-site café. From its location in the peaceful village of El Pescadero, 10km south of Todos Santos, guests are well placed to take advantage of the surf lessons on offer. The relaxed, social vibe here makes Palmar an especially great bet for solo travellers or friends.

Run by the indomitable Jenny Armit, a fabulous British interior designer who has called Todos Santos home for 20 years, this colourful, tranquil B&B was built in homage to the Mexican architects Luis Barragán and Ricardo Legoretta and is filled with design treasures. Afternoons are best spent in the 14m saltwater swimming pool, around which hummingbirds can often be spotted. A dreamy and determinedly under-the-radar gem.