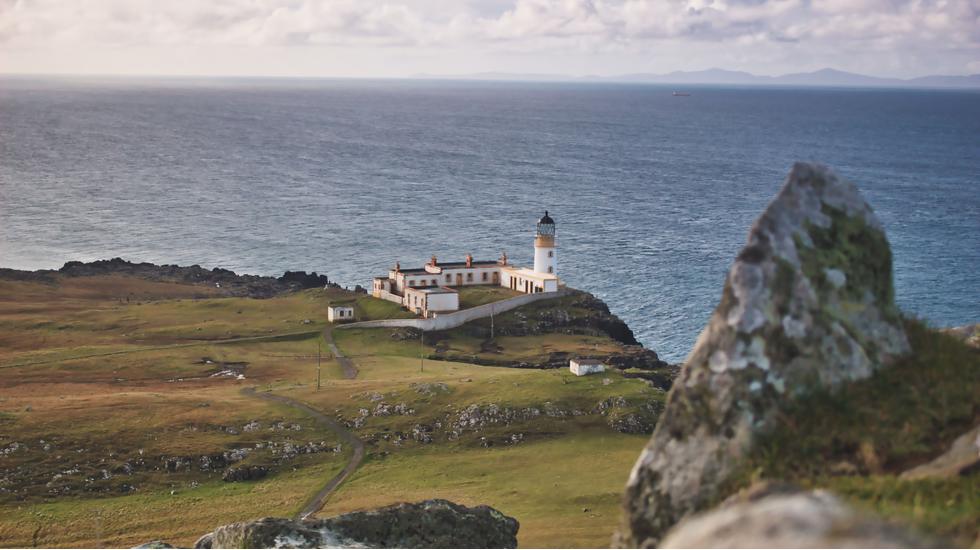 Ever Ever wondered where your favourite film scene was actually shot? From imposing country piles to untouched-by-time chocolate-box villages and an enigmatic island that's only reachable at low tide, these iconic UK film locations can all be visited in real life, guaranteeing your travels a generous dusting of silver-screen stardust.

Behind the silver screen: Seven UK film locations you can visit now

Trigger warning for Harry Potter fans: it may be distressing to hear it, but Hogwarts isn’t actually a place you can visit. The closest you’ll come is the 11th-century keep at Alnwick Castle in Northumberland, which makes a convincing stand-in for the school of witchcraft and wizardry’s warren-like cloisters and bottle-green quidditch pitch in the first two Potter films. The seat of the current Duke of Northumberland and the second-largest inhabited castle in the country, Alnwick is open daily for tours, walks, talks and broomstick lessons.

Fancy spending a day in full Stark mode? Serving as the setting for Winterfell in Game of Thrones, Northern Ireland’s imposing 18th-century mansion Castle Ward is replete with medieval grandeur. Highlights include a classical Palladian house and over 800 acres of beautiful landscaped grounds to explore. Visitors can spend the day on an immersive Game of Thrones experience or simply enjoy an amble through the gardens, stopping in on a Victorian laundry, theatre and working corn mill along the way.

Forebodingly cut off by the sea on both the big screen and in real life, enchanting Osea Island plays the dupe for Nine Lives Causeway in The Woman in Black – the fictional crossing leading to the haunted Eel Marsh House, home of the late Mrs Drablow. Untouched by modernity, the island can only be accessed via an ancient causeway that opens for a four-hour window daily, meaning that filming had to take place over two weeks as the production company worked around the rise and fall of the tide.

Another Potter postcode, the whimsical Wiltshire village of Lacock has played host to many a period TV drama, but its biggest claim to fame has to be as the infant Harry Potter’s home. It was past these stone cottages that Voldemort is said to have crept as he approached the property under cover of night, killing Lily and James Potter, and branding baby Harry in his wake with his infamous lightning-bolt scar. A firm favourite among film-location scouts, this otherwise sleepy village has also acted as a mid-19th-century village in a raft of TV period dramas, including Cranford and Downton Abbey.

Perhaps one of the most stirring scenes of 2017 release Dunkirk, the moment where civilians are seen hurriedly preparing their boats to rescue stranded soldiers was filmed in Custom House Quay, Weymouth. One of the most picturesque seaside towns in Dorset, this 17th-century waterfront was a major departure point for the Normandy landings during World War II and has also been used as a set location for many TV programmes, including Broadchurch and EastEnders.

This bewitching silver-grey stone property was chosen as the backdrop for the 2010 Disney production of Alice in Wonderland, having been deemed a “perfect, pocket-sized mansion” by director Tim Burton. Picked from a long-list of more than 30 potential locations, the grand estate was originally built for Baronet Sir William Carew in the mid-18th century. It is still home to the Carew Pole family today, although the house and formal gardens were given into the care of the National Trust in 1961.

It’s no surprise that the mist-covered moors of Scotland’s Isle of Skye have played host to a slew of mysterious murder scenes. Most famous is that of Banquo in the 2015 film adaptation of Shakespeare’s Macbeth. A 50-mile long stretch of craggy mountains, shimmering lochs and wilderness, it was in a section of Skye’s woods overlooking Cuillin Ridge where Macbeth’s second victim was murdered by three hired assassins.
Discover More
15 Locations That Could Be in a Wes Anderson Film
Read now