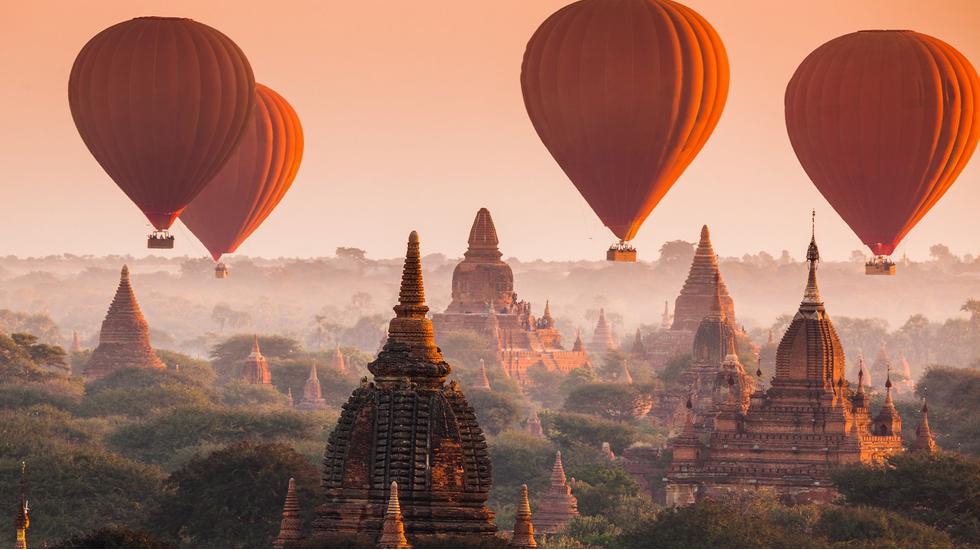 Unesco Unesco has been spotlighting and protecting sites of cultural and natural importance since 1978, when the first 12 World Heritage Sites were named. Fast-forward four decades and there are now 1,121 such designated places across the world, including the 29 new sites that have been named for 2019. These are the ones you should visit now.

After a decade of lobbying, the hills of Conegliano and Valdobbiadene in Italy's Prosecco region were finally awarded Unesco status. Stretching for 30km, the chequerboard hills are famed for the sparkling wine that has been cultivated here for centuries, with the prosecco produced around Conegliano and Valdobbiadene adopting a distinctive (wine buff code for superior) taste largely credited to the unique geology of the area.

The landscape is characterised by steep hills, ciglioni (small plots of vines built on narrow terraces), forests and farmland, while the grapes grown reflect the efforts of generations of producers that have worked, largely by hand, on the terrain since the 17th century. The region is best explored when slightly sloshed, so hire a driver and pop as many prosecco bottles on route as you please, making sure that Borgoluce is one of your stops. This family-run vineyard produces its own standout buffalo mozzarella to soak up the fizz.

Despite the US's withdrawal from Unesco last year, eight of Frank Lloyd Wright's buildings made the list in 2019, making it the first example of modern American architecture to be awarded the honour.

Visiting Wright's work can quite easily form the basis of an all-American road trip, but three of the eight Unesco-listed buildings should shoot to the top of your list should you be in their neighbourhood. Hollyhock House was the first house Wright designed in Los Angeles and, since its recent restoration, has attracted a cult following of art-aficionados; the Guggenheim is an integral part of Manhattan and the result of six separate plans and 749 drawings; Taliesin West is hailed as Wright's "desert laboratory", where he experimented with the blurring of exterior and interior boundaries, which went on to become one of his key design signatures.

Joining World Heritage Cities such as Bergen, Rhodes and Cusco, Jaipur is an intoxicating mix of elegance and energy, chaos and creativity. Founded in 1727 by Sawai Jai Singh II, the capital of Rajasthan is believed to be the first planned city in India. It's built according to a grid plan that created large public squares called chaupars, which for centuries have remained the thriving hives of the city.

It's in these squares that Jaipur becomes abuzz with sprawling markets that spill out onto narrow lanes, miles of street food vendors line up to place hot kathi rolls (likened to a chicken tikka burrito) and steaming hot cups of Masala Chai into passing hands and they're home to artisan traders flogging everything from silver to spices. Uniform coral-coloured building facades have earned it the moniker of"the Pink City", and the finest mix of Rajasthan and Mughal architecture can be seen at the City Palace, which has a wedding-cake-esque exterior trimmed with intricate ochre-coloured detailing. Visit in the evenings when the front of the palace transforms into an elaborate light show.

After you've ridden the waves at Ipanema, played volleyball with other beach bums in Leblon and done cha-cha with showgirls in Copacabana, it's time to tackle the four-hour journey from Rio de Janeiro to the pretty shores of Paraty - that's less party and more arty.

Sandwiched between the Serra da Bocaína National Park and the Atlantic Ocean, the coastal town was once the end point of the Gold Path, a road built by slaves in the late 17th century. Much of the colonial architecture dates back to the 18th century and has been immaculately preserved with cobbled streets leading to pastel-fronted churches, art galleries and hole-in-the-wall dining rooms occupied by locals playing chess.

Don't expect any flash hotels or resorts, as it's still very much an under-the-radar Brazilian hideaway. Instead, book into one of the many pousadas (guesthouses) that line the canal ways and paddleboard along the still waters to pick up your pão de quejo (cheese bread) each morning.

After a bid that started in 1982 and five successive refusals, the ancient ruins of Babylon in Iraq have finally become a Unesco-acknowledged site. Situated 85km south of Baghdad, the ancient city was once the capital of the Neo-Babylonian Empire and was the site of the mythical Hanging Gardens. Visible signs of villages, the outer and inner city walls, plus expansive palaces and detailed temples date back to between 626 and 530 BCE here, representing a unique testimony to one of the most influential empires that the world has ever seen.

Unfortunately, the monuments aren't very well preserved as they shared a site with one of Saddam Hussein's work-in-progress replica palaces and a US military base. Thankfully, being awarded Unesco status includes aid for restoration, which will help further preserve and protect the site from future damage.

Set to become what Angkor Wat is to Cambodia and Machu Picchu is to Peru, Bagan is a sacred landscape dotted with hundreds of glistening, golden Buddhist temples, ornate frescoes and treasured archaeological remains. Exploring the temples on foot will highlight the stylistic differences between each one and provide an invaluable insight into the importance of the Bagan region which, between the 11th and 13th century, was the capital of the Pagan Empire.

As part of winning the Unesco award, certain conservation targets must be met, which includes moving hotels that currently crowd the area to a dedicated hotel zone outside of the now-protected site. It's a popular place for pilgrimages and already fast emerging as a tourist hotspot, so shun the crowds by taking a crack-of-dawn hot air balloon trip where the views alone will forgo the need for your morning caffeine fix.