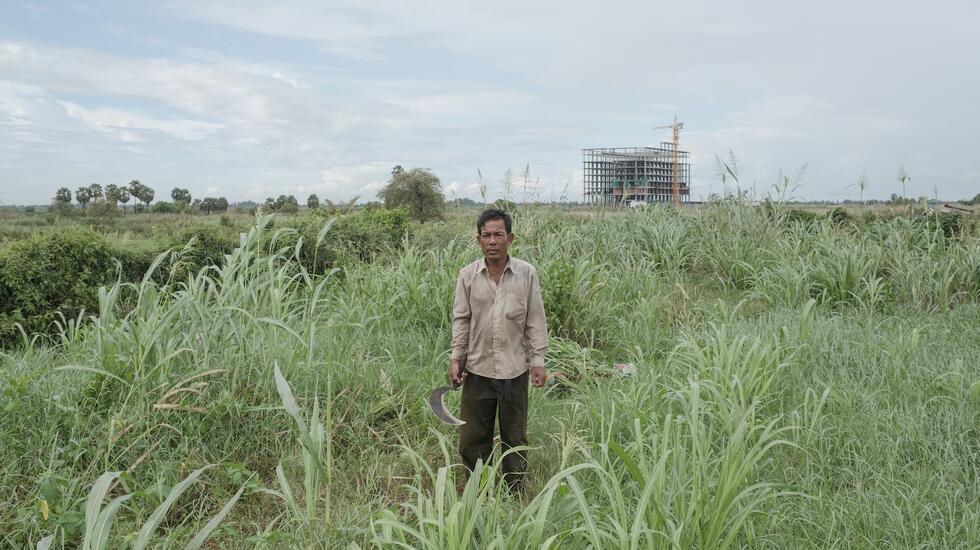 Phnom Phnom Penh is a city in transition. Swarming, a little suffocating, and always shapeshifting, it's an unfinished project. Its extremities are yoked by cranes and half-built highways, its skyline a boneyard of skeletal silhouettes - work-in-progress tower blocks, with top floors naked to the skies. It wasn't always like this. After the fall of the brutal Khmer Rouge regime in January 1979, the Cambodian capital - like most of the country's cities - was left largely empty, much of the population having been either removed via forced evacuations or killed during the regime's rule.

But then, the 21st century arrived and, in an attempt to catch up with the warp-speed development of other Southeast Asian countries, Prime Minister Hun Sen and his government installed a programme of urbanisation, funded by Chinese investment. Major initiatives - conceived to emulate the shiny cityscapes of Vietnam and Thailand - were launched: the Phnom Penh City Center project saw the Boeung Kak Lake dried up and filled with sand to enable the building of a business district. Another saw 75 hectares of marshland on the small Mekong River island of Koh Pich, known as Diamond Island, sold for the development of villas, condominiums and a shopping centre. In what has been nicknamed "Elite Town", a particularly dazzling new neighbourhood that has sprung up under the city's cloud-dashed skies, new housing costs up to £1 million per unit. Across the street, you'll find The Elysée - a £135 million real estate project whose aim is to turn a section of Phnom Penh into a replica of Parisian living, complete with Haussmann-style buildings and a model Arc de Triomphe.

In this photo journal, Benjamin Filarski captures the evanescence of living alongside the urban transformation, drawing a portrait of a city that seems permanently unfinished, its population in a constant state of waiting. His lens finds three Buddhist monks resting by the river; moments of life amid the waterway's fishing communities; and the strange landscapes of a half-built road, leading to a future city not fully envisioned.

"In the city centre, skyscrapers grow like mushrooms," says the photographer. "On the outskirts, streams are silted up and coconut palms cut down. The countryside has been transformed into housing estates and industrial zones. Phnom Penh is at the same time this burgeoning metropolis and this disappearing landscape."