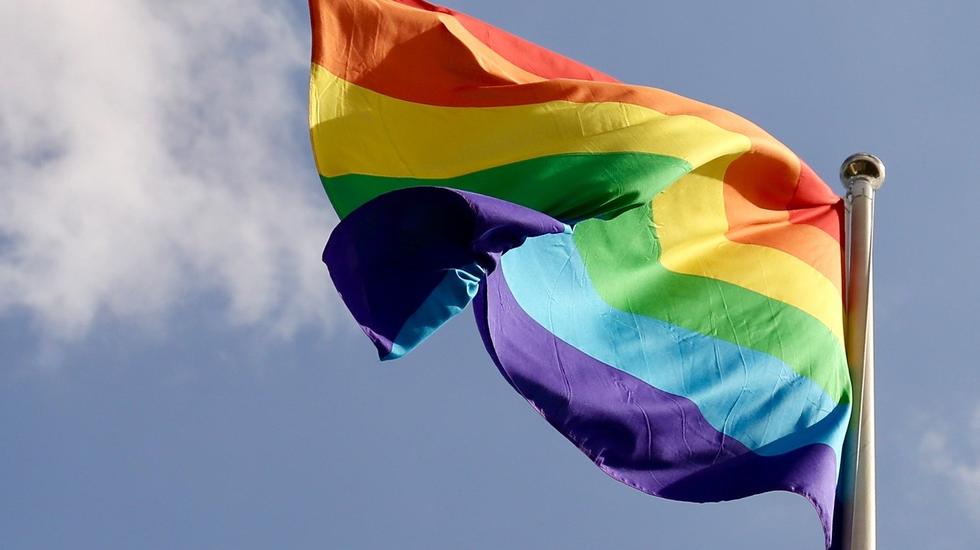 It's It's Pride Month, though you're forgiven for not having noticed. Weekends spent gallivanting around the city have been cancelled, black squares have proliferated on Instagram in place of rainbow-flag emojis (quite rightly, we should add) and nightclubs, those historic cradles of queer culture, are shuttered. That's not to say Pride is cancelled; this year, festivals across the world - from big-hitters like Toronto Pride to smaller, fringe organisations like O-zine in Russia - are going virtual in an unprecedented move that could open up queer cultures around the globe.

We know, we know. Pimp your background though you might, parties held via Zoom simply do not compare to the real thing and a virtual march doesn't have the same disruptive quality as a bells-and-whistles street parade. There's something a tad revolutionary, however, about Virtual Pride's potential to foster new conversations across international borders, even if those conversations are mostly between those in free-loving societies.

Perhaps spurred by the Black Lives Matter movement, change is sparking through the digital ether this year. Live-streamed panel discussions with frontline activists have replaced rowdy drag shows while hedonistic champagne brunches have given way to unticketed webinars on LGBTQ+ workplace leadership. Gulp. It's all gone a bit serious, and not without reason.

While there has been plenty of good news this year - the US Supreme Court ruled against employment discrimination on grounds of sexuality, homosexuality was decriminalised in Botswana, marriage equality was passed in Northern Ireland and a host of pop-culture heavyweights such as Sam Smith and Janelle Monáe came out as non-binary, further embedding gender fluidity within the public discourse - each triumph has an ugly counterpart. Transgender healthcare protections have been rolled back in the US, the prospect of Trump 2.0 - predicted by political analysts to be more tempestuous and unpredictable than ever - is looming, corporal punishment remains the price of self-expression for queer people around the world and, of course, people of colour remain largely overlooked in discussions about LGBTQ+ equality.

Indeed, the glaring absence of so many places from Virtual Pride - China, Chechnya, Malaysia and Jamaica, to name but four - serves as a reminder that there's still a long way to go in securing civil liberties for our queer siblings in less inclusive countries across the world.

Closer to home, one of many things the global push against systemic racism has shown is that even when the chips are down human empathy endures. So, while Pride won't be taking to the streets this year, that's not to say LGBTQ+ campaigns are on pause. If anything, they're firing up, with organisers capitalising on the unusual circumstances to spread their messages to a more global audience. Freed from the strangleholds of corporate funding and those cracking hangovers, Pride this year feels more radical than it has in a while.

Log in to Zoom, mute the mic and listen up. Virtual Pride is here and it isn't all that bad.

In Sync: Five Virtual Prides Around the World

Events are live-streamed online daily, from drag make-up workshops to "lunch & learn" lectures on subjects such as how to foster LGBTQ+ friendly work environments and how to be an inclusive team leader. For some unadulterated fun, join one of the Stay Home Saturdays Zoom events, which have been designed to emulate the more typically raucous feel of Toronto's annual Pride festival. Check its website for meeting codes.

This long weekend of virtual events promises to "lift and strengthen LGBTQ rights in Sweden and the world". Alongside a digital parade event, seminars, panel discussions with artists and concerts will be live-streamed from destinations all over the city. For Scandi-sexuals left wanting more, there'll be a one-off Stockholm Winter Pride held from 26-29 November, once life has returned to business as usual.

It's technically all kicking off on 1 July, though it's holding a virtual bonanza on 28 June. It's been 15 years since Spain approved equal marriage, so this year was supposed to be a biggie for Madrid. Organisers say the schedule will incorporate protest, culture and leisure activities. City dwellers with balconies take note: Madrid Pride is calling upon the global LGBTQ+ community to adorn them in rainbow colours accordingly.

When it comes to LGBTQ+ news, Russia provides a year-round barrage of distressing headlines. Despite the restrictions on LGBTQ+ freedoms, Moscow-based queer culture magazine O-zine is posting content every day this month to celebrate Pride. Check in daily for a dose of queer poetry, music, visual art and an insight into the underground creative community that calls Russia home.

Solidarity is Copenhagen Pride Week's theme this year. Organisers haven't yet released an itinerary, but have declared that they're even more committed to pushing for LGBTQ+ visibility given the current circumstances and for online participants to expect activists to play a central role in their schedule. It is confirmed that a "digital marking" will replace their iconic parade. Stay tuned for more…