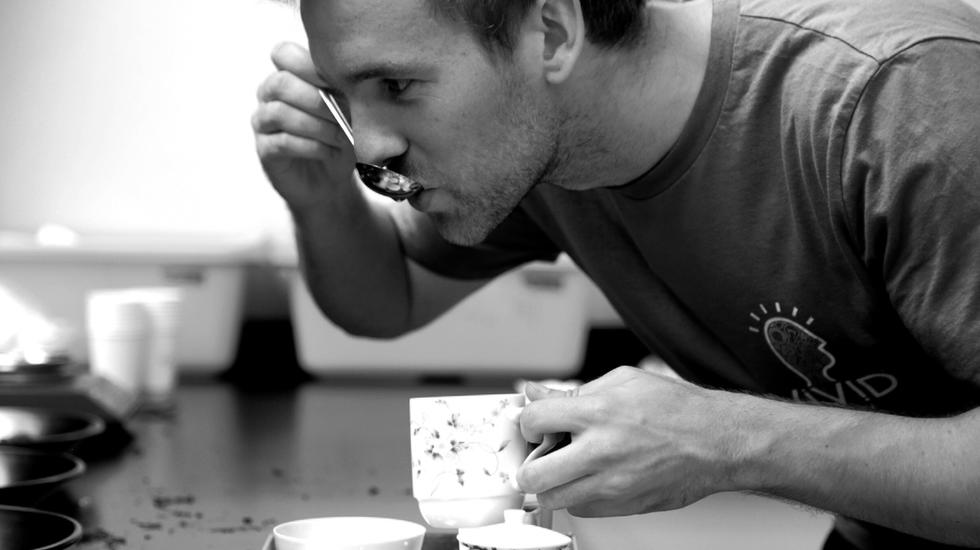 In In the last year, you'll probably have noticed a new calibre of soft drink twinkling from the fridges of your favourite cafés in England. The current health food fashion that can be seen saturating the culinary climate has paved the way for a new breed of nutritional refreshments that promise to gift consumers with not only a healthy body, but a healthy mind. At the helm of this infatuation with all things healthy is Vivid, the brainchild of Jason Shillcock, a food and beverage entrepreneur from London.

With a background at London's We Are Tea, James soon saw the potential to meld together the nation's favourite beverage with Japan's most cherished superfood. First introduced by Zen monks, matcha tea (high grade green tea leaves ground down very finely) soon became ceremoniously consumed by the Japanese public, cherished for its high levels of antioxidants (one glass of matcha levels almost ten glasses of normal green tea). It is celebrated for its ability to promote concentration, slow the ageing process, lift the mood and aid weight-loss.

Matcha is primarily grown in Kyoto, and though the Western World may have caught on to its heaven-sent properties, its high cost still makes it fairly hard to come by. Detecting this hole in the market, James Shillcock formed Vivid, which offers a range of matcha ice tea drinks on the commercial drinks market. And it is spreading like wildfire. It tastes delicious, is available on the go and it promises cognitive discipline as well as a host of other nutritional properties. There is little wonder that Vivid is spreading like wildfire. Here, The Curious Pear chat to James about his blossoming company, the wonders of matcha and his London loves.

THE CURIOUS PEAR: What is it about matcha that people are getting so excited about?

JASON SHILLCOCK: Matcha is a very concentrated form of green tea. Caffeine within matcha green tea is released slowly thanks to extremely high levels of antioxidants so you don't get the caffeine high and crash associated with coffee or energy drinks - it provides a sustained boost.

CP: Why is Vivid different to other health products?

JS: Vivid is the first matcha green tea drink on the market and it is unique because it offers a great-tasting way to get the benefits of green tea and also contains slow-releasing caffeine making it essential drinking whether you're on the way to the gym or sat at a desk at work and need a healthy, natural pick-me-up.

JS: We launched in London in August 2014 so our focus for 2015 is to build our brand awareness in London and then make sure the product is available nationally. We have just launched in Boots, which is a great start.

CP: Do you have any health tips for this year?

CP: What is your favourite part of London?

JS: I couldn't choose but I think London is the best city in the world for food, music, culture and innovation.

CP: Any favourite health food restaurants in the city?

JS: I wouldn't choose a restaurant purely on its health credentials but Cookhouse Joe (a rotisserie chicken joint) on Berwick St. in Soho is a favourite of mine.

CP: And a favourite bars or hangouts?

JS: Find me sat at the counter at Cookhouse!

Vivid Drinks are currently available at £1.89 for 330ml. Available to buy at Waitrose, Whole Foods, Harvey Nichols, Selfridges and Planet Organic, as well as many independent shops and cafes.