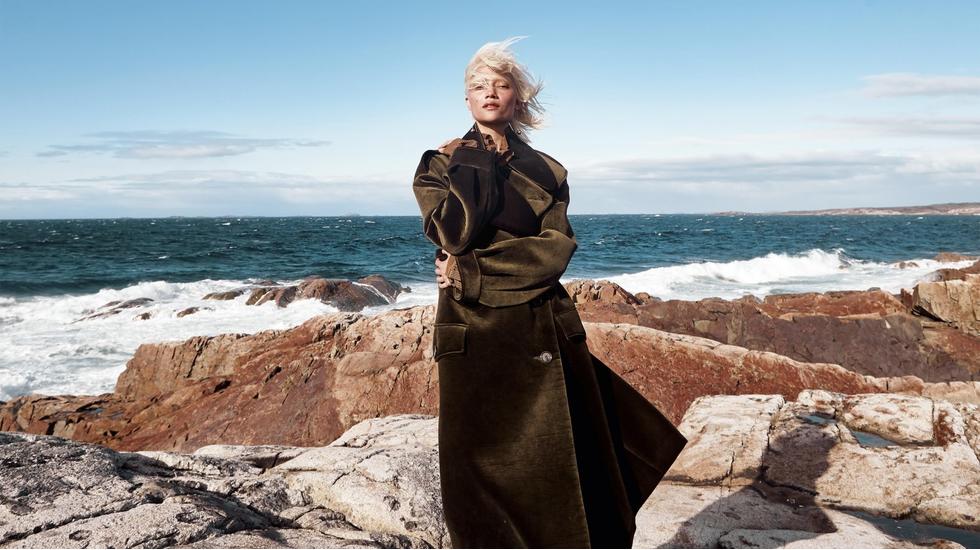 This article appears in Volume 21: The Islands Issue.

It's my long-held suspicion that there exists inside each of us a strange longing to be shipwrecked. From the swashbuckling pirate tales of childhood to the desert island dreams we take refuge in as adults, the irresistible idea of life lived away from the mainland - and the mainstream - retains a tenacious hold on our imagination, particularly in troubled times when the urge to escape and build a new world intensifies.

This fantasy of paradise found is perhaps at the core of our fascination with islands. Each rock represents one of a myriad of possibilities, a tiny reality unfolding at its own pace and locked into battle with the surrounding waters and the contradictions inherent in island living - isolation versus interdependence, tradition versus reinvention, borders versus freedom.

Most poignantly, they mirror the constant shaping and reshaping of our own identity. "No man is an island", goes the well-worn cliché - but in fact we are all sprawling, idiosyncratic islands of our own making. As the author Grace Banks discovered in her dive into the unique customs of island communities, they "can shape a rare state of mind where you have free rein to develop ways of living away from the gaze of the rest of the world". Everyday existence on the Chilean island of Chiloé is suffused by local legend, such as that of the rapacious trauco demon.

Traditions handed down from generation to generation emerge in the earthy flavours of the isle of Menorca, where our Food Editors were forced to slow down and savour life lived by the seasons (p114). While pilgrimaging to the Greek island of Hydra in the tracks of her musical icon Leonard Cohen, Dolly Alderton found a place where time seems to have stopped altogether.

A desire to escape the frenetic speed of modern living motivated the founders of Off Grid Hideaways to launch their collection of far-flung digital detoxes, where the emphasis is on disconnecting your phone and reconnecting with yourself. This concept of islands as places to get lost and be found haunts the canals of Venice, where outcasts and artists have long flocked to find secrecy and solace. Only with the help of its natives did the writer Delilah Khomo unlock a few of its mysteries.

The romance of a tropical idyll is encapsulated in the laid-back Mexican island of Holbox, where the most urgent task consists of locating the next fish taco (p126). Realising this halcyon dream can take many miles and years, as the Kolkata-born chef Romy Gill found out when she finally journeyed to the paradise of her childhood imagination, India's Andaman Islands (p130).

Although islands may seem impervious to the world beyond their borders, environmental shifts have the potential to desiccate their postcard-perfect vistas. Resorts in fragile ecosystems such as the Maldives are fighting to preserve their surroundings, while our Social Media Editor, Ranyhyn Akui, visited the Caribbean island of Nevis and found a community thankful to have escaped the ravages of the recent hurricanes. In Havana, however, the photographer Michael Marquand documented a people ready to embrace the tide of incoming social change.

The inhabitants of Greenland's icy extremities are used to weathering storms under the gaze of the northern lights (p108), while fishermen along Sweden's Bohuslän coast bravely navigate its cold waters in search of seafood. Finally, a story of resilience and renewal is being told at one of the four corners of the earth, Canada's Newfoundland, where the poet Rosalind Jana encountered a community being revitalised by tourism.

As one year comes to a close and another begins, it feels appropriate to end on this note of introspection and change. Just as islands invite us to investigate the edges of our own identity and our relationship to the world, SUITCASE Magazine has taken this moment of pause to re-centre around a phrase that expresses who we have become: The Culture of Travel. As we journey forward, I hope you will use this issue as an opportunity to embrace your eccentricities and imbibe the spirit of curiosity and creativity that SUITCASE has always represented to me as a reader - and now, as the new Editor of our own island in the sea.