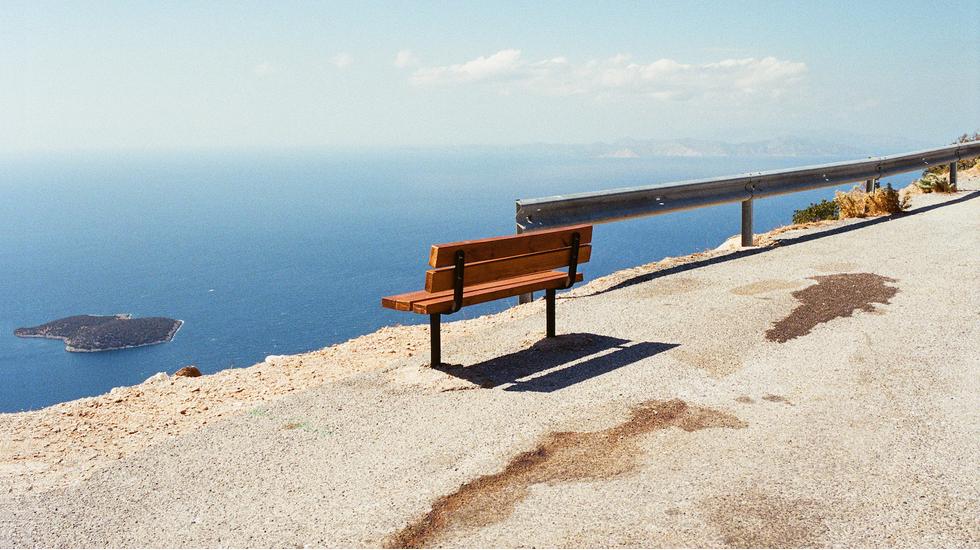 Just Just off the Turkish coast, this historic island was the birthplace of Greek goddess Hera and of mathematician and fourth-century philosopher, Pythagoras. Yet while Samos is among the more popular of the northeastern Aegean Islands, few travellers stray beyond its lively capital of Vathy.

If they did, they'd find a place of off-the-beaten-track beaches, quaint churches and basking cats. Though life in Samos is simple, luxury lies in its shoreline curves, its pastel-hued afternoons, its fresh produce, rich cuisine and, most importantly, in the warmth and hospitality of its people. Evenings here are unhurried, and best spent sipping the sweet local wine - it gets better with each glass.

As you wander up across mountains, down the narrow roads and into the smaller villages of Samos, facets of the 21st century disappears. Around every corner, I would stumble upon an alleyway bursting with flowers or glimpse the turquoise ocean on the horizon. My camera was at hand, my eyes were open and my heart was full.

The smell of squashed figs fills the air, along with the sounds of elderly women gossiping in the streets. There are no words of English spoken here. From the pronounced Mediterranean mannerisms, I could tell that there was some juicy drama unfolding in the neighbourhood.

Noticing a woman's faint silhouette behind a bead curtain, I stopped. She acknowledged my camera, pulled back the beads and graciously invited me in. Neither of us could speak the other's language, but we met halfway speaking in broken words and blowing each other kisses of gratitude.

Built on trust and honesty, the houses of Samos are open - a glass of water is always left outside for strangers or for the many stray cats who may pass by. That is the inimitable beauty of this place.