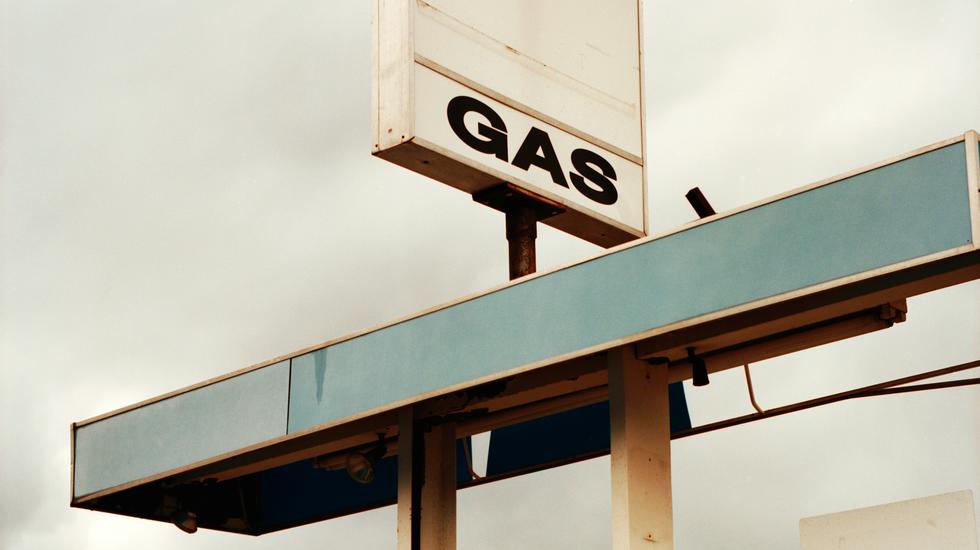 This article appears in Volume 31: The Freedom Issue.

For For photographers like Marley Hutchinson, when the opportunity arises to follow your creative itch, intuition and instinct - to let your eyes lead you and dictate your journey - you take it. Inspired by photography masters such as William Eggleston and Robert Frank, Hutchinson set out on a road trip across Western Canada. For him, "American road trips are known as being a rite of passage and I wanted to chase the same allure."

Eschewing the ice-capped peaks of Whistler and the alpine lakes of the Rockies that are so commonly documented on the tourist trail, he instead travelled through forgotten mining towns and lush farmland, stopping spontaneously, frequently and wherever he fancied. Frank travelled across America in the 1940s to document the "ordinary" folk of the lands, while Eggleston photographed the parts of America that seemed, at the time, mundane - now both their work is viewed as an ode to America. Their images piqued Hutchinson's interest; "I wanted to touch on what makes Canada, Canada," he explains. Who knew the Great White North had deserts as dry as Joshua Tree and a rodeo scene to rival Arizona's?

American road trips are known as being a rite of passage and I wanted to chase the same allure.

Shooting on the fly, pausing for anything he deemed interesting and anyone he felt was worth speaking to, led him to a ghost town named Hedley. Surrounded by British Columbia's Similkameen Valley, its once prosperous mining past is still visible through its abandoned silo and the shafts hewn into the mountainside. Residents idly lined the main dusty strip and one man beckoned him onto his property. The lawn was littered with car parts, stones and other random things. "He said it was stuff he collected, like antiques but with value only to him," Hutchinson says. Inside, he turned on a UV light which illuminated strange objects - lampshades, sculptures built from car parts, TVs from before the 2000s and metal poles twisted into art. "I took his portrait adjacent to his pop-up gallery."

Hutchinson passed farm after farm and as he drove deeper into Alberta, saloon cars became pick-up trucks and rural stereotypes were reinforced. In the middle of nowhere he came across a general store stocked with botanicals, clothes and essentials. Two entrepreneurial young friends had stumped up the money to buy it. "I chatted to them, got shy and left. Then I plucked up the courage and turned back around. Paul Strand photographed a lot of people in the Depression and he would take their picture in front of their stores. I brought them outside of their porch and did the same." Full of hope and promise, these people mirrored those shot in the 1930s.

The only thing that wasn't free, metaphorically and physically speaking, was finding somewhere to sleep at night. Even then, it didn't matter if we slept in the car.

On a separate expedition, Hutchinson travelled to Cloverdale in British Columbia to document the rodeo culture there - a culture he'd previously only associated with America and the black-and-white Wild West reruns shown on TV. Whole families turned out, including a father whose daughter was cheering cowboys from his shoulders wearing her own miniature cowboy hat. The whole community were willing participants, dressed in fringed flares and cowboy boots, vying to be part of the culture. He soon found out that cattle herding is common in the area and the county fair is one of Western Canada's most popular events.

As a photographer, embarking on a trip with no deadlines or time constraints is the ultimate liberation. "To me, freedom is making the choice that feels right for you." It means he can "embark on a brand-new experience, photograph how I want, who I want and when I want". For the whole trip, there were few obstructions. "The only thing that wasn't free, metaphorically and physically speaking, was finding somewhere to sleep at night. Even then, it didn't matter if we slept in the car."