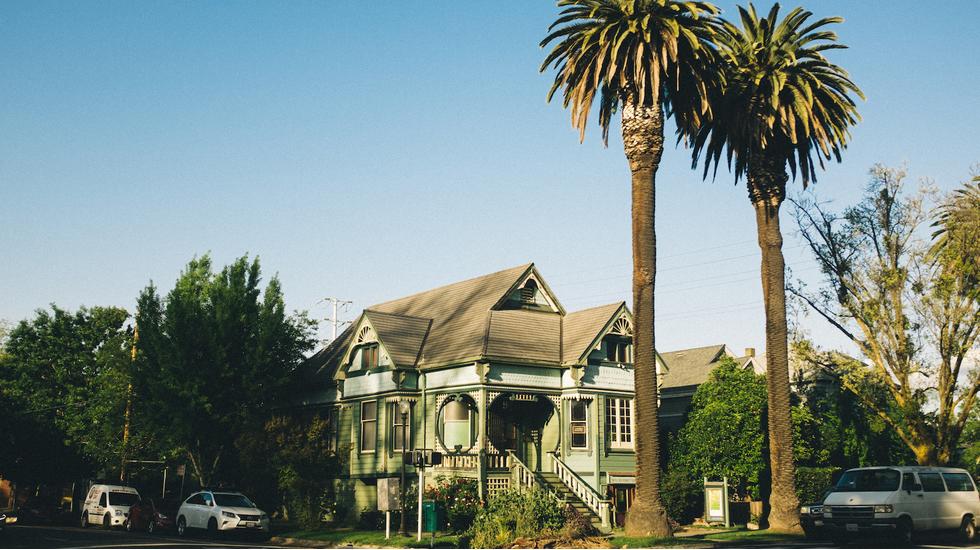 We've We've been on the road for almost two years now and, amid the daily load in, sound check and performance, I always try to find time to explore the streets in the vicinity of the venue. Sometimes they can be quiet areas of the city - a tree-lined suburb or an empty park - but I often find myself in a dynamic part of town. I take out my camera and hope to capture a moment. Sometimes shots fall perfectly into place, and an eye glances towards my lens at the precise moment that I click the shutter.

The US is a perfect place to wander and find beauty in the strangest of scenarios. I remember in Detroit when a man came up to me with a $20 Canadian bill. He was topless; his ripped shorts and toeless shoes made me wonder where he'd been, or who he'd once been. He was frantically waving the note and screaming that he would take $5 US dollars for the Canadian bill. I stopped him in the street, disregarding the parental advice of never talking to strangers. I offered him a $20 US bill in exchange for his $20 Canadian note, under the condition that I could take his photograph. I could sense his confusion: I had offered him four times what he was asking of me. As we exchanged the notes, I noticed his three missing fingers. I took his photo and I hoped the money would help him, but knew that it was a drop in the ocean. He walked on down the street shouting, "I got twenty dollars!"