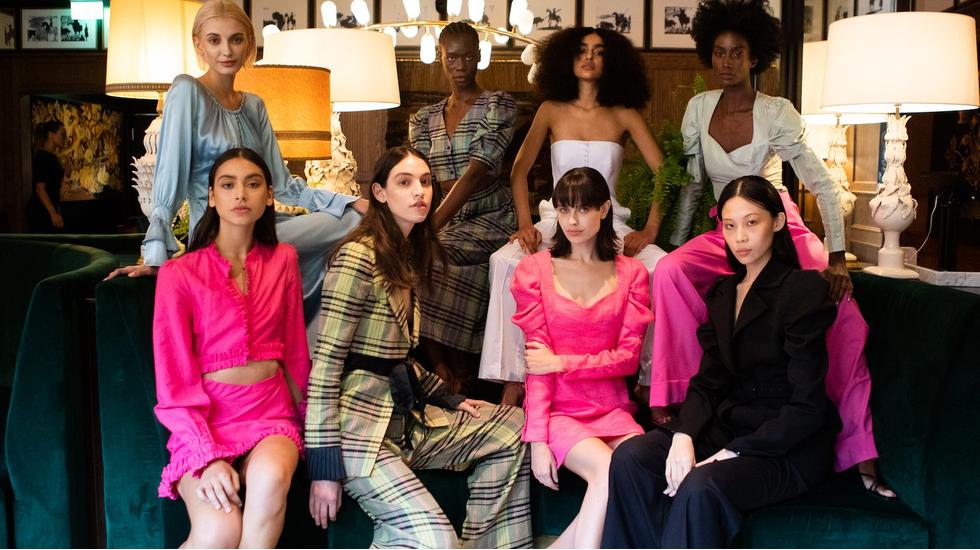 THIS COMPETITION IS NOW CLOSED.

There are some positive upshots of self-isolation - time to get stuck into those books that have been piling up by your bedside and countless opportunities to polish those cookery skills, say - but there are many things we'll happily forfeit once normality resumes. First and foremost, our quarantine wardrobe.

Cast off those yoga pants, clear some rail space and prepare yourself for some aperitivo al fresco: a summer of freedom is (hopefully) on the horizon and we want to make sure you exit lockdown looking and feeling your best. That's why we've partnered with luxury label Deborah Lyonsto give one lucky SUITCASE reader a £500 wardrobe update.

Each summer there's always that one brand that gets us all hot under the collar, nodding to seasonal trends while retaining sartorial longevity and keeping production as guilt-free and ethical as possible. This year, Deborah Lyons is top of our lust list.

We've had our eye on the brand for a while. Deborah herself has designed shoes with the renowned craftsmen of Italy's crumbly Marche region, cut cloth with New York's most meticulous tailors and crunched figures as a design consultant in London- always keeping an eye on sustainability, of course. Every season, her carefully honed expertise is distilled into her namesake brand's collections which are cut and sewn locally in London, using fabric sourced from UK mills and recycling offcuts when possible.

Guilt-free garbs with international cachet? Consider your post-quarantine wardrobe officially sorted. To fellow followers of the brand, you're welcome. And for those who have yet to be acquainted, we're delighted to introduce you.

To enter, simply pop in your email address below.

With a background in fine art, designer Deborah moved to New York in 2007 and enrolled at Parsons to earn a degree in Fashion Design. Starting with internships at Nicole Miller, Rodarte and twin shoe designer in NYC. She soon after moved to Italy, learning shoemaking in the Marche region and developing a small collection which was quickly picked up by Harrods, Dover Street Market, Liberty and Matchesfashion among others. Simultaneously she became the designer of a tailoring brand based in New York City with the collection sold to Browns Fashion, Henri Bendel, Intermix and Takashimaya.

In 2017, Deborah partnered with Kamelia Kamel to launch the eponymous womenswear brand "Deborah Lyons" in Harrods' Designer Studio which has served as a platform for growth nationwide and around the globe. Deborah is dedicated to building a brand committed to giving back to the community around her, driving social change, empowering other women and pioneering sustainability efforts in the luxury market.

The brand is currently stocked at Harrods, Harvey Nichols Hong Kong, Rent the Runway US, Art of Living Saudi Arabia and soon to launch her own e-commerce.