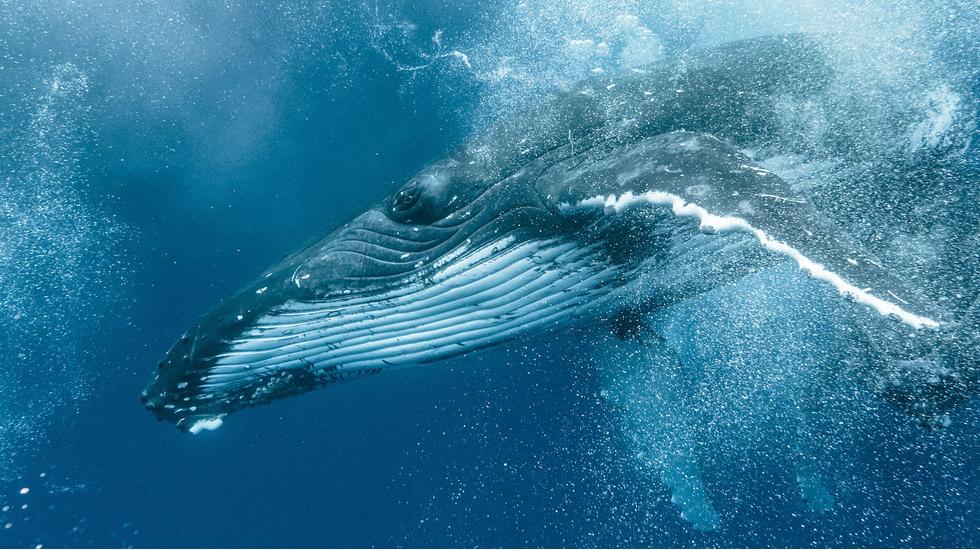 World World Oceans Day (8 June) began in 2002 as an international day celebrating the ocean, with a deeper message about protecting the planet and preventing pollution. This year, the theme 'Healthy Oceans, Healthy Planet' encouraged individuals and organisations worldwide to take action against the amount of plastic waste that is dumped in the sea.

Whether you swim, surf, snorkel or simply like to watch the waves, the ocean has a special - almost sacred - significance for many, particularly here at SUITCASE. So in honour of the sea and all who swim in it, we collaborated with underwater photographer and aerial cinematographer, Karim Iliya, on a series featuring one of the ocean's greatest inhabitants, the humpback whale.

Based in Maui, Hawaii Karim practices free diving with marine species - it was on a recent trip to the Kingdom of Tonga that he swam and photographed humpbacks, while turtles are familiar faces on his dives in Hawaii.