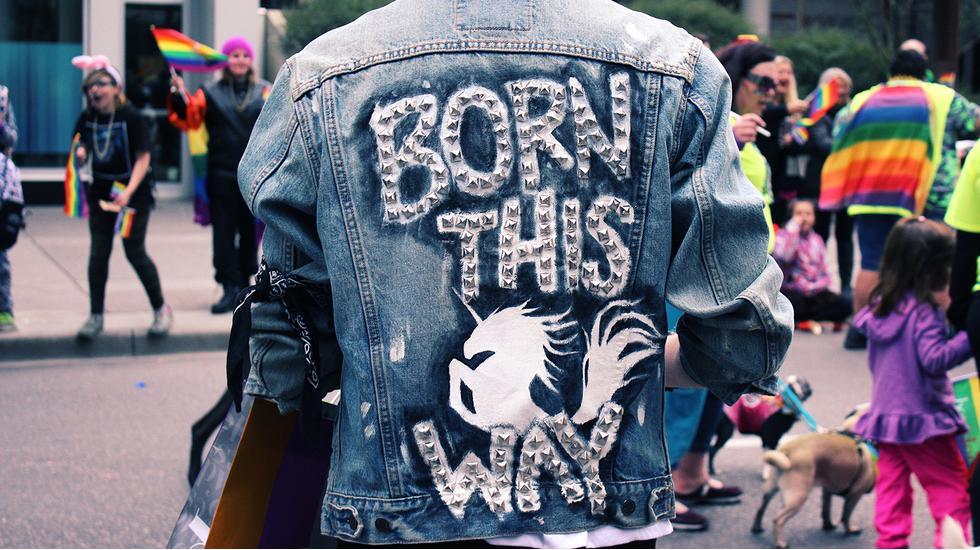 It's the 50th anniversary of the Stonewall riots, the event that kickstarted the gay liberation movement, and a time - as if we needed an excuse - to celebrate diversity and inclusion. With over 200 LGBTQ+ parades, parties and political rallies taking place across the world, our pick of 2019 will ensure you have the Pride of your life.

Love Love is love is love. You don't have to be part of the LGBTQ+ community to fly the flag for equality. From New York, the birthplace of Pride, to Amsterdam and Iceland, this year's celebrations of queer life will be a testament to the progress communities have made, a commemoration of tragedies past and a spotlight on continuing prejudices.

What's more, combining a few days away with such festivities means that not only do you get to experience a destination through rainbow-tinted glasses, but everyone's up for a party.

NYC Pride is the grandmother of love and equality, with diversity in the DNA of the Big Apple. Yet as Gotham marks the golden jubilee of the LGBT rights movement and plays host to WorldPride, its 2019 celebrations are set to be more flamboyant and more fantastic than ever. It's estimated that three million people will partake in a month-long calendar of events that spans parties, political rallies, street fairs, lectures, family activities and more. Highlights include PrideFest fair in Greenwich Village, a rally at The Stonewall Inn on 28 June and, two days later, the NYC Pride March during which thousands will line the streets to cheer along more than 80 floats and 350 organisations.

Austria legalised same-sex marriage in January this year, so there's extra reason to celebrate as its capital sets the stage for EuroPride 2019. "Together and Proud" is the theme of this year's love-filled fortnight, which is expected to draw over a million visitors from Europe and beyond. Between beach parties and hanging out in Wienzeile - the epicentre of Vienna's queer scene - you'll be able to visit the EuroPride Village and watch the parade which circles Ringstrasse on 15 June for free. Don't miss the official Pride afterparty at The Circus Club.

When London's first Pride parade was held in 1972, 2,000 people attended; in 2018 more than one million filled the capital's pavements. Around 60 events - including Pride's Got Talent, comedy shows and the Pride in London 10k - will take place ahead of the main parade on 6 July that threads through the West End. UK Black Pride takes place the following day, celebrating queer people of colour. Get your diary out: the city's first Transgender Pride Festival has been announced for September.

Making the most of Tel Aviv's liberal nightlife, thriving arts scene and beach culture, this Pride festival serves as the Middle East's biggest gathering of the LGBTQ+ community. Invest in a TLV19 Pride Pass, which grants holders access to many of the week's festivities, and make a beeline for Meir Park for live music, drag shows and speeches, as well as the kick-off of the main parade on 8 June. The route ends at the beachfront Charles Clore Park, where partying goes on well into the small hours. Temperatures will be around the 30°C mark. Expect to see a lot of Speedos.

Rivalled only by New York for the crown of biggest Pride parade, São Paulo is a fiesta of sexual diversity. In fact, Grindr users have voted its parade the best in the world. Yet as Brazil's political climate veers to the right, this year's carousing feels somewhat profound. On 23 June the parade - which has previously attracted some three million people - will start at the Museu de Arte de São Paulo before tracing the 2.8km Avenida Paulista to the city's historic downtown area. Partying go-tos include "gaybourhoods" Frei Caneca and Largo do Arouche, and The Week nightclub.

Pride Toronto originated in 1981 in protest against raids on the city's gay bathhouses. Today, the Great White North ranks among the countries most protective of LGBTQ+ rights. As the Ontario capital raises both the rainbow and transgender flags on its city hall's podium roof, the pervailing attitude of acceptance is reflected in a line up of diverse events, including a Dyke March, Trans March, a Shabbat dinner, get togethers in the Royal Ontario Museum and the traditional Pride parade that snakes through the city to Yonge-Dundas Square. In town for a wild one? Head to the TreeHouse Party for an all-day rave featuring drag queens and DJ sets from The Black Madonna - proceeds go The 519, the city's LGBTQ+ centre.

With over 200 contingents and exhibitors - think: Dykes on Bikes, BDSM groups and LGBTQ+ allies - San Francisco hosts one of the US's largest Pride celebrations outside New York City. Debauchery begins on the Friday before the parade, with the country's biggest Trans March taking place around Mission Dolores Park. On the Sunday of the parade many people open their homes in the The Castro neighbourhood, creating a vibe that's not dissimilar to an enormous, rainbow-hued street party. If leather, latex and kink rank among your turn-ons, postpone your visit until 29 September when the open-air, clothing-optional Folsom Street Fair takes over SoMa.

Attracting over two million attendees, Madrid Pride - also known as Orgullo Gay de Madrid (MADO) - is one of Europe's most exuberant LGBTQ+ festivals. A week of open-air concerts, conferences, exhibitions, sporting events and parties include a high-heel race, a water fight, a Mr Gay España competition and tours of Chueca - the city's gay capital. On 6 July the main parade will work its way from Atocha Station to Plaza de Colón. Hold your breath for tight-trousered bullfighters and fabulous flamenco drag.

Held a week after the Lesbisch-Schwules Stadtfest - Europe's largest queer street festival held in Nollendorfplatz - Berlin's Christopher Street Day has grown from 450 participants when it began in 1979 to around one million people. Named after the New York street in which the Stonewall riots took place, the parade sets off from Ku'damm and ends with a rally at the Brandenburg Gate, where there's a variety of musical performances and talks. Berlin's diverse nightlife is naturally a big draw here, but there are plenty of queer-friendly events happening throughout summer. Gay Night at Zoologischer Garten? Alpaca my bags.

Street parties, film festivals, athletics, art and thought-provoking speeches - there's a rainbow of events during Pride season in the Dutch capital. It's small wonder when you consider the Netherlands' progressive attitude towards LGBT rights; same-sex relationships were legalised here in 1811, more than 150 years before England and Wales. Amsterdam's USP is undoubtedly the Canal Parade, taking place on 3 August, during which around 80 elaborately-decorated vessels carry queens of queer on a four-mile route from Amstel to Prinsengracht.

2019 marks the 20th anniversary of Pride in Iceland. To celebrate, Hinsegin Dagar - translating as "Queer Days" - will run for 10 days instead of six, making the most of the country's long summer days and midnight sun. Attracting 100,000 people, it's small fry on the global Pride stage, but stands out as one of the country's most popular events, being attended by nearly a third of Iceland's population. Keep your eye on the Hinsegin Dagar website for a full programme of events.

When it comes to Pride celebrations in the UK, Brighton is unparalleled, having previously pulled in big names such as Britney Spears, Sister Sledge and Boy George. This seaside city knows how to throw a gender-bending party. The all-singing, all-dancing Pride Community Parade is a carnival of colour - literally, there's a 50m-long rainbow flag. Preston Park is transformed into a playground of stages and dance tents as LoveBN1Fest and Pride in the Park take over - Queen of Pop Kylie will be headlining this year. Alternatively, head to Kemptown for the Pride Village Party. It's as much fun as you can have with your clothes on.

When Pride season ends, head Down Under to keep the party going at one of the world's most famous LGBTQ+ festivals. It's a far cry from the city's first march in 1978, which ended in arrests and police brutality. While the parade on 29 February will steal headlines, other attractions include speed dating events, theatre shows, the Strictly Kaftan Party and Queer Art After Hours, an evening of DJ sets and art tours led by drag queens at the Art Gallery of New South Wales.