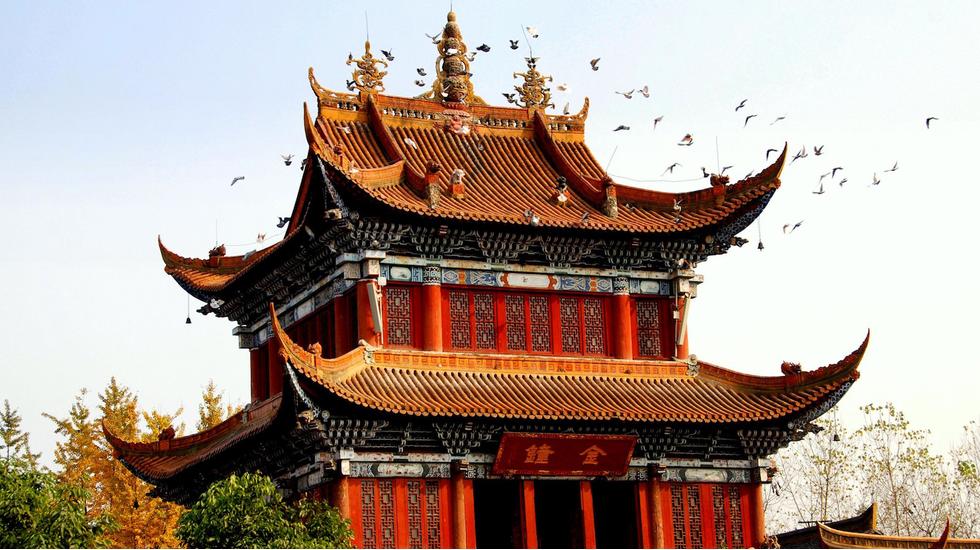 China China may be progressing at unbridled speed but the laid-back reputation of the Sichuanese holds true: Chengdu runs at a slightly less frenetic pace than major cities such as Beijing, Shanghai or Guangzhou. Much more than it's large panda population, Chengdu has serene parks, teeming nightlife spots and innovative restaurants that push fiery cuisine to its limits.

Visitors to Chengdu are in prime position to witness China's burgeoning hipster scene. Cafés, galleries and creative spaces are finding homes in shipping containers, old warehouses and former factories. Rubbing shoulders with temples, teahouses and alleyway hotpot joints, they tell the story of a city at once in the throes of evolution yet in touch with tradition.

The Temple House blends of traditional Chinese and modern design with dark timber and a monochrome palette. Its restored Qing dynasty courtyard connects an in-house gallery, a tranquil teahouse and spa, plus a skylit pool. The hip TempleCafé and sleek rotating Jing bar make great dining options from morning through to the evening.

This design-led hostel comes with exposed bricks, prayer flags, cartoon murals on the walls and acoustic guitars lying around, begging to be played. Bright, fresh rooms come as twins, doubles and dorms, and there's plenty of outdoor space with flowers and bamboo chairs.

This vegetarian restaurant serves innovative faux-meat recreations of traditional Chinese dishes. The 'ribs' with lotus root 'bone' and soy 'meat' are surprisingly convincing. MSG, smoking and eggs are all banned here, as is alcohol, making it one of the healthier dining options.

Try traditional, organic Tibetan dishes such as yak in the multi-coloured A're restaurant in the Tibetan Quarter. Potato pie, steamed dumplings and stuffed Tibetan bread are also worth ordering and if you're really brave, try the yak-butter tea.

This friendly, relaxed hideaway is one of the oldest bars in town. Tucked out of sight on a quiet street in the south of the city, it plays host to live music performances and has an extensive beer list. It's small enough to create a cosy, homely vibe and is a favourite among foreigners.

Lucky enough to be in town for one of Dojo's monthly parties? It's well worth a taxi ride to the edge of the city where a group of expats have created this rave-house party-bar titan. DJs in three different rooms play hip-hop, techno and drum 'n' bass. Some nights there's a bouncy castle, others there's a live graffiti exhibition and there's always homemade pizza.

This non-profit research and breeding facility provides a natural habitat on the edge of the city for giant pandas and other species of endangered animals. Visit early in the morning to see the bears at their most energetic.

A more tranquil alternative to the bustling People's Park, Wangjianglou Park, adjacent to the Jin River, is devoted to bamboo. Here you'll find waterside pagodas and pavilions, while members of the older generations spend afternoons playing cards in the teahouse.

The working Buddhist monastery, surrounded by big fashion brands of the Taikoo Li shopping district, was once the largest temple in Sichuan. Dating back to the 6th century, it played a key role in the expounding of Buddhism throughout the rest of China, Japan and Korea.

That Vintage Shop, U37 Creative Warehouse

Pretty floral dresses, quality shearling and costume jewellery aside, it's worth visiting That Vintage Shop to meet eccentric owner Stan, dressed in a tweed cap and jacket with the shop's resident cockatiel perched on his shoulder. The U37 district is made up of old warehouses housing boutiques, artists' studios and coffee shops.

This quality bookstore in the Taikoo Li shopping district, sells Chinese and English-language titles and magazines as well as gadgets and clothes. Spread over 5,000 square metres, the store is designed to mimic nature, making the most of organic materials such as wood, bamboo, copper, steel and stone.

Here's the place to splurge on a beautiful teapot - or watch ceramics being delicately handmade by LiaoAo in the studio. Inspired by Boxpark, the complex of shipping containers that make up iBox are home to various independent galleries and clothing boutiques.