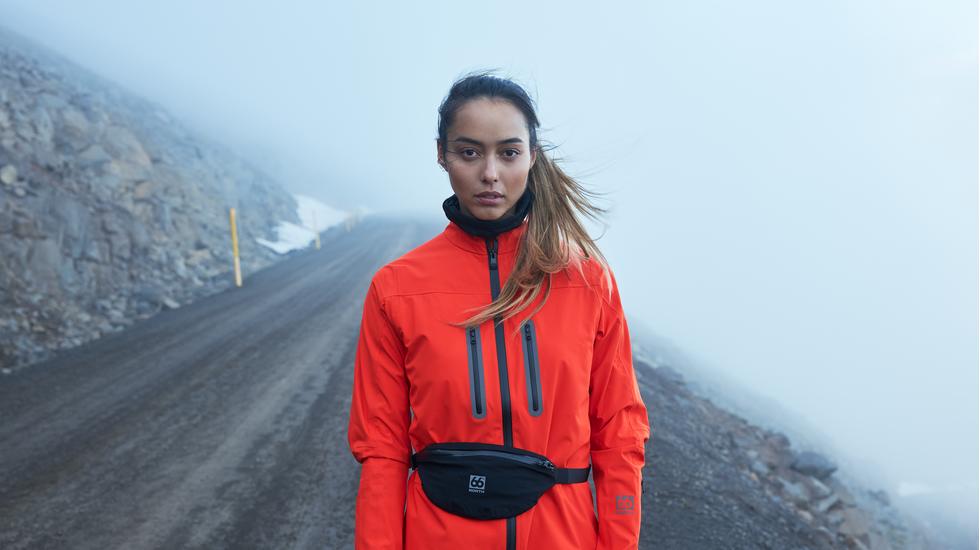 Think Think of 66 ̊Northclothing as the original fisherman's friend, albeit not of the edible variety. "Keeping Iceland warm since 1926" is the brand's motto, and since Hans Kristjánsson founded the company in the early 20th century, 66 ̊North's jackets - all rigorously tested by mountaineers and explorers - have lived up to their moniker by continuing to withstand the extreme and unpredictable climate of the North Atlantic.

It's small wonder that 95 per cent of technical outwear donned by Icelanders bears the 66 ̊North logo. Whether facing drizzly conditions in the city or pushing limits in the great outdoors, people turn to 66 ̊North as a trusted ally in their exploration of the world. It's perhaps no surprise, then, that it's the chosen attire for the Icelandic Association for Search and Rescue.

With an unwavering dedication to sustainability at its core, the brand became carbon neutral in 2019. Green energy powers its production, while carbon is offset through its pioneering tree-planting programme. This outerwear is made for life.

We caught up with Matthew Woolsey, an avid explorer and Global President of 66 ̊North, to talk about how the rugged beauty of Iceland inspires the brand's designs and the sense of freedom afforded by adventure.

Describe the brand in three words.

How is Iceland encapsulated in 66 ̊North's designs?

Iceland's aesthetics are beautiful in their paradox: powerful and chaotic, yet serene and simple. The landscapes are remarkable, but what's below the surface is often more incredible. The same can be said of our minimalist clothes. While colours reference the Northern Lights and Arctic flora, you won't find unnecessary zips or toggles. Yet the technical underpinnings are complex; some garments take two days to sew.

How can wearing 66 ̊North help us become more connected to nature?

Our connection to nature should run deeper than enjoying a once-in-a-while walk on a sunny day; 66 ̊North clothing is designed so you can experience the joy of being on our planet in all its challenging conditions. In Iceland the weather can change every five minutes, so outerwear needs to be versatile and high-performance.

How is 66 ̊North shaping the way we travel?

Often the most meaningful moments come from simple experiences: gazing at a waterfall or spotting a flower emerging from between rocks. Nature reminds us that we aren't in control. If we can be aware of the magnitude of small moments, travel can be restorative, memorable and impactful, rather than a series of destinations to tick off.

What does freedom mean to you?

The freedom to wander, literally and metaphorically. The ability to pick one's path, to get lost, and to find one's way again without judgment or fear.

We're planning an Icelandic adventure. What should we pack in our SUITCASE?

Our award-winning Snæfell shell jacket, in colours inspired by Iceland. Its soft, waterproof fabric is so breathable you can wear it walking in summer or skiing in winter. Don't forget a book, too. I recommend On Time and Water by Andri Snær Magnason, which explores how we might live in harmony with future generations.

Equip yourself for adventures big and small at 66north.com