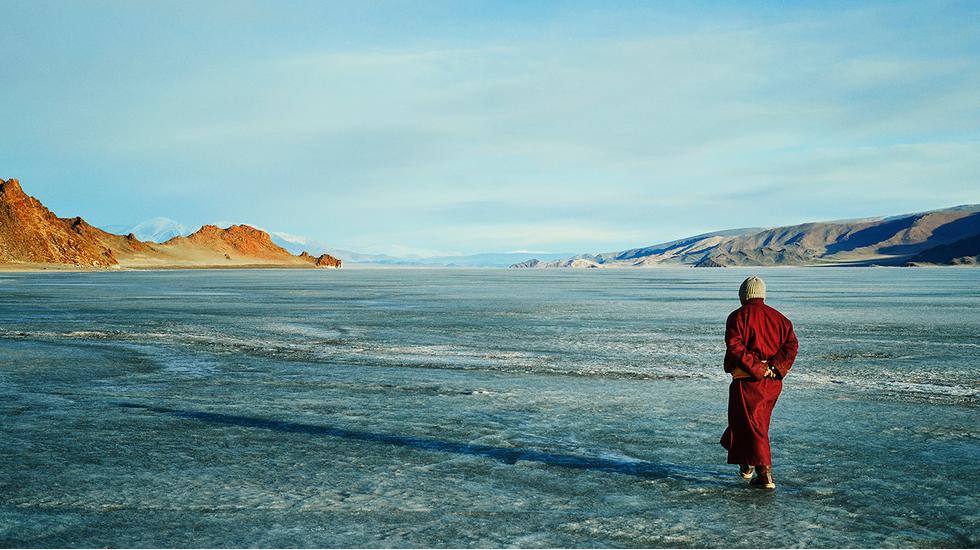 I I must have been seven or eight years old when I first heard about Mongolia from my Grandfather Louis, who had been a soldier in the French Army during World War II. A faction of Mongol soldiers under Soviet command freed him from a prisoner-of-war camp in Germany in late 1944.

Years later, in my early thirties, I saved enough money working as a photo assistant in New York City to fly to Beijing and then travel to Mongolia - a remote, landlocked, and sparsely inhabited region sandwiched between China and Russia - via the Trans-Siberian Railway. I arrived in Ulaanbaatar late in the summer of 2001, and then headed west to Ulaangom, near the Altai Mountains. The country was exactly as I had imagined: pristine, with expansive landscapes that included vast deserts, majestic mountain ranges, and seemingly endless green plains. And then there were the enigmatic Mongol people, descendants of legendary ruler and conqueror Genghis Khan (1162-1227). I have traveled to more than 100 countries, and they are some of the warmest and most hospitable people I have met. I camped for a week near a small lake called Üüreg Nuur, which is nestled in a beautiful valley. It was there that I made my first Mongol friends-a settlement of families living nearby for the season. Each day, they let me tag along as they hunted on horseback for marmots and kept a watchful eye for wolves and ibex. It was incredible to get such intimate access to the day-to-day life of these family-oriented nomads.

A few months later, back in New York, I looked at a map of Mongolia - which is twice the size of Texas - and fully grasped just how little ground I had managed to cover during that initial trip. Over the course of 17 years, I took 13 month-long trips to Mongolia and experienced every season, along with the challenges that come with working in a climate that shifts so wildly. Shooting with analog equipment and negative film in the extreme cold of winter, when temperatures dip below 30 degrees celsius, proved very difficult. My dexterity and speed were hindered by layers of protective clothing. When I was with the Tsaatan, a group of reindeer herders in a northern region, I would stuff my equipment and film into my sleeping bag, cradling them against my body. The conditions were harsh, to say the least. I went to places I didn't plan to visit, and frustrating moments gave rise to opportunities that enabled me to shoot some of the most striking images.

Mongolia has so much to offer to the traveller - not only to seekers of beauty, but also to anyone on a spiritual quest who will find in the middle of the vast, majestic landscapes an intense call back to the present moment, something very few places on Earth have the power to do. Following Mongolia's untrodden paths has always satisfied my sense of adventure and provides a deep spiritual fulfilment that leaves me feeling more peaceful and grounded.