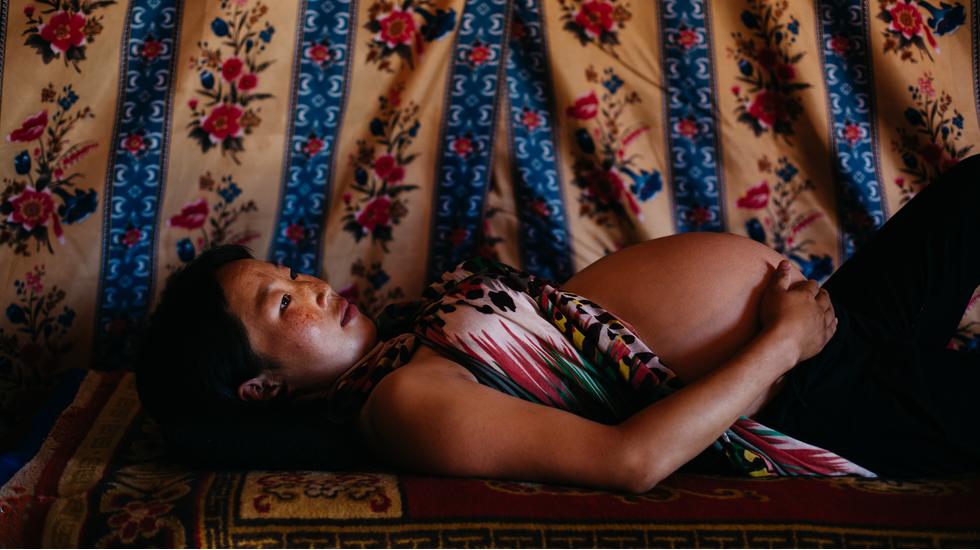 Motherhood Motherhood is seen as the "patriotic duty" of every Mongolian woman. Mongolia is the most sparsely populated country in the world, with less than two inhabitants per square kilometre (in comparison the UK has 272 per sq. km) and livestock outnumber people by roughly 20 to one.

In stark contrast to neighbouring China with its one-child policy, Mongolia is trying to boost numbers with incentives that were introduced in the 1950s. Fertility rates declined in 1991 when the Soviet Union collapsed and Mongolian life was turned upside down. But since then, largely thanks to these rewards, the birth rate has started to rise.

In this series shot by photographer Kay Lockett, mothers across Mongolia pose for portraits and share their story of the responsibilities of what they describe as the most important job in the world.

According to the National Statistics Office of Mongolia there are currently (2018) around 3.2million inhabitants - still making it the emptiest country on the planet.

Discover More
Mongolia: A Call Back to the Present
Read now