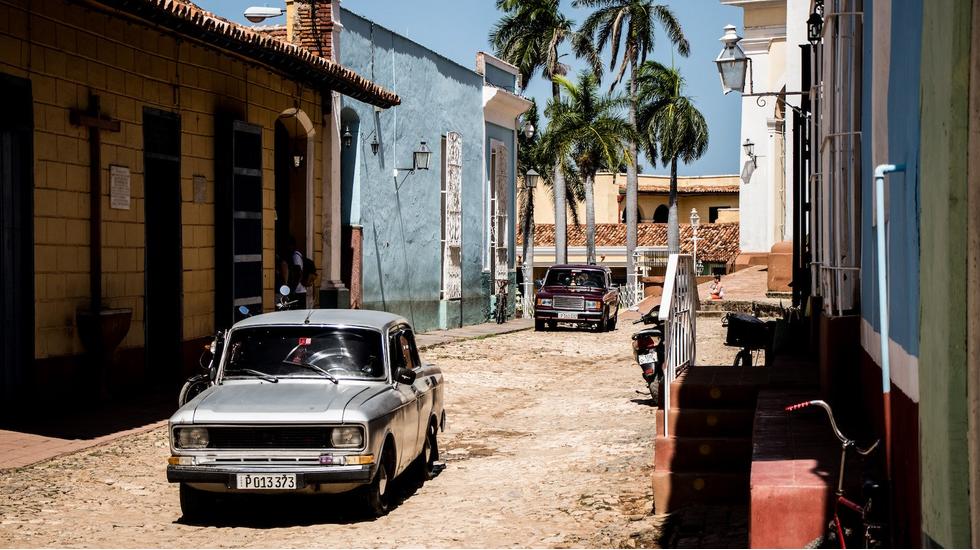 In recent years, Cuba has seen an exponential rise in popularity among international tourists. The Caribbean island is flooding with holidaymakers - Europeans in particular - who are attracted to the country's colonial-style architecture, vintage cars and cigar-chomping folk. It's a mysterious country, and one of extreme polarisations - the dilapidated buildings dressed with smatterings of vibrant colour, are an obvious example - yet such contradictions only add to the island's undeniable charm.

Airbnb launched in Cuba in April 2015, and in the first two years alone, hosts in Cuba earned nearly $40 million. Since then, the number of Airbnb listings have continued to grow. Yet as the tourism trade thrives and the trade embargo shows no sign of halting, are Airbnb hosts able to manage their private businesses effectively and meet the demands of tourists visiting throughout the year?

The reality: life as a Cuban

There is a confidence among Cubans that is unflinching. Despite the poor infrastructure, continuous food shortages and lack of opportunity that many citizens face, Cubans have a remarkable ability to utilise the few resources they have - they've been driving the same cars since the revolutionaries overthrew Batista's government in 1959. In short, they are innovative and know how to drive a hard bargain.

Government job salaries average around 30 CUC (24 GBP) per month regardless of job title or qualification - a meagre amount that makes it impossible to save, let alone move freely within the country. Yet despite the low wages, Cuba's healthcare system continues to be amongst the best in the world and the adult literacy rate is a staggering 99.75% (according to Unesco). Education and healthcare is free to all citizens and both are sources of pride for the communist government.

"We have different worries here," says Danel, a film producer and walking tour guide in Havana. "We are not in debt from university and have fewer financial woes. Rent is cheap and everything is provided for us. But it's harder for us to leave." In recent months, the Trump administration ordered new sanctions on Cuba, including limiting the amount of money that Cuban Americans can send to relatives on the island and, in addition to this, the five-year visitor visas for Cubans are soon to be abolished. This adds further complications to civilians, especially those who are economically depressed.

Airbnb's "sharing economy" platform has impacted hospitality and housing in cities across the globe - though it has not all been positive. While such platforms empower users to utilise goods and services, it is arguably promoting economic self-interest which works against the traditional communist ethos of high-income equality.

Cuba is one of Airbnb's fastest growing markets. Hosts in Havana, Trinidad and other parts of the island are renting rooms for 30 CUC a night and making an average of 500 CUC per month, which is more than ten times the salary of a doctor earning 40 CUC (32 GBP). Government jobs are paid poorly, which is why many Cubans are leaving state jobs and starting their own private businesses.

Hector Gortazar and his wife Arianna currently work as Airbnb hosts in Santa Fe, Havana. They both left their government jobs - Hector was a teacher and Arianna endured 12-hour shifts as a nurse - to manage a listing on Airbnb. His brother, Alejandro Gortazar, is the property owner. He's also a successful photographer and visual artist who often works away for six months at a time. Managing his brother's property allows Hector more free time while earning the same or sometimes more than his teaching salary. Yet his story is not unique.

Since Raúl Castro's free-market reforms in 2011, Cubans have started to be more self-sufficient when it comes to generating their own wealth, independent of government and state. It was Fidel Castro's brother Raúl, Cuba's president between 2008 and 2018, who legalised private business across the island. The reforms proved so popular that thousands of Cubans left state firms and co-operatives to start their own small businesses enabling more lucrative salaries.

The hospitality landscape in Cuba largely consists of hotels and "casa particulares", and this has been the case for decades. In Havana, a more affluent traveller might opt for one of the historical government-owned hotels, such as Hotel Nacional de Cuba or Hotel Inglaterra , both providing opulent surroundings with original colonial features offering a glimpse of less austere times prior to the revolution. Yet for tourists looking for an authentic experience that doesn't break the bank (a stay in either hotel will set you back around £180 per night for a standard double), there are thousands of casas offering beds in family homes, usually colonial mansions in quieter neighbourhoods.

Before Airbnb existed in Cuba, hosts advertised on other platforms such as Booking.com or Sol Latino, a company based in Paris. Airbnb is, however, more profitable and continues to be the top choice among Cuban hosts. Onelio del via valle Martinez, 31, is an Airbnb host in Cienfuegos. He lives in the family home with his parents, his wife and their three children. Before working as a host, Onelio had a government job that provided a modest income for him and his family. This soon changed when he realised more money could be made as a host.

"When I was working in Mexico, I created an Airbnb profile for my parents and we started getting reservations instantly." Onelio rents out two double rooms in his elegantly-presented colonial home. "But it's hard to do well on Airbnb. You [hosts] must have a strong home." Onelio and his family take reservations every month, some from Airbnb and others from Booking.com, but they receive a better deal with Airbnb. "They [Booking.com] take 30 per cent commission, so for this reason, I have to increase my fee."

In western Cuba, Danner Sánchez Díaz, 20, manages his family's Airbnb listing overlooking the dramatic Crepusculo valley in Viñales. After graduating from university, Danner worked as a chef at a local restaurant before realising more money could be made as a host. "We have the best view in Viñales," says Danner, and he is right. On average, Danner and his family earn 500 CUC per month, and in Cuban terms, that is a great deal. "The earnings are divided between myself, my mother, father and grandfather." They also have a dog and a number of chickens that roam freely on the land, so their outgoings include food and supplies for the animals. "Our groceries come to 100 CUC per month, including food for the animals, my family and our guests," he says. Even so, compared to a doctor's wage, that's not bad.

Since the arrival of public internet in 2013, which alongside personal computers and mobile phones had previously been banned by the Castros, Airbnb hosts are able to communicate relatively freely with their international customer base. In 2017, President Miguel Díaz-Canel authorised home internet and hundreds of public WiFi connection points across the country, and one year later Cuba's citizens were granted full internet access for mobile phones.

Yet despite this, WiFi is not free, cheap or easily accessed, and there are considerable connection shortages across the island. Citizens and tourists pay 1 CUC per hour of WiFi, which often involves queuing outside Etecsa (Cuba's leading provider) shops for a long time. This isn't viable for most Cubans and poses a real problem for hosts, as WiFi is a necessity when it comes to communicating with international guests.

When it comes to providing goods for their guests, the nation-wide food shortages and trade embargo can cause difficulties for hosts. "We buy our soap and shampoo from someone who works at a hotel. It's the only way we can source miniature products for our customers," says Onelio, who spends 2 CUC per customer on such products. Cuba is currently experiencing shortages in staple foods including chicken, eggs and bread due to the crisis in Venezuela, one of the few countries they can trade with.

Airbnb: for better or for worse?

For many Cuban hosts and families, Airbnb has allowed them a better quality of life, and the platform continues to be more profitable for them to use than other agencies and booking services. Currently Airbnb only takes 1 CUC per booking per night, so if a room is charged at 30 CUC, the platform are taking less than 5% commission. This means that Cuban hosts are retaining as much as 95% of the price paid per night.

There are growing concerns among hosts that the government might increase their tax rate (at the moment it's fixed as 150 CUC per household, regardless of number of guests and total income and profit made). "The government don't know how much tourists are paying - it's not regulated at all," says Onelio. If the government wise up to the amount hosts are charging guests and the income they are generating as a result, extra fees could be incurred, an increased tax rate applied, and everything could change.

For now, life goes on in Cuba. Tourists are continuing to flock to its Caribbean shores and it's anticipated that numbers will increase to 5.1 million visitors in 2019. You would think that the widening inequality between those working in government jobs versus the more entrepreneurial-minded would cause disharmony. Yet there is still a strong sense of solidarity among Cubans. Although some are adopting a more capitalist outlook and profiting from Airbnb's "sharing economy", it doesn't seem to be triggering hostility among the people. Not yet anyway.