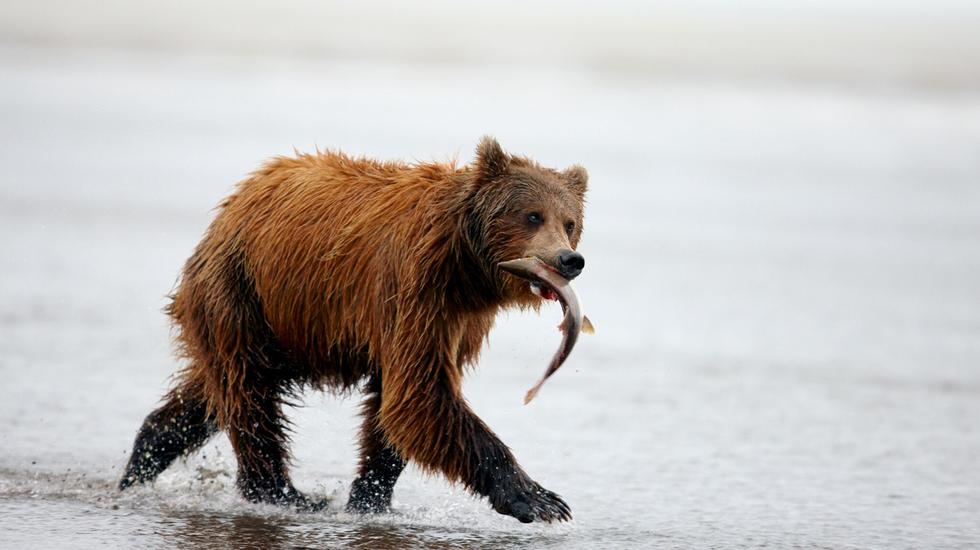 All hail the ale: it's been a banner couple of years for American craft beer connoisseurs. The unprecedented rise in home-brewed, independent ales and lagers in the Pacific Northwest has turned Portland, Oregon, and Seattle, Washington, into the beer capitals of the world. That trend has come north - seriously far north - and now Alaska is having a beer moment, too.

Following years of market saturation from the likes of Budweiser and Coors, the state had a revelation that it didn't have to be this way. Cue brewers with base-camp beards and yeti-hair styles setting up shop in snow sled garages and shelters. Here they're now creating an ever-increasing carousel of lagers with rich flavours such as Alaskan birch syrup and coarse Bering Sea salt.

But craft brewing this far north can be a dangerous business. At Kodiak Island Brewing, far off the south central coast, there are brown ale-coloured grizzlies to contend with, some weighing more than 600kg. There is the extreme isolation: Silver Gulch Brewing, just north of Fairbanks, is the last stop before crossing into the limpid beauty of the Arctic Circle. Then there are the severe temperatures: when ex-mountain climber Sassan Mossanen began laying the foundations for his microbrewery in Talkeetna, an off-the-grid, time capsule of a town fringed by frozen, feathery trees on the Susitna River, the temperatures sunk to a bone-chilling -29 degrees.

"Keeping the heaters going all night and the tarps from blowing away while trying not to freeze to death wasn't an easy task," Sassan, the co-founder of the Denali Brewing Company, said. "There isn't really a guidebook for brewing in a subarctic environment, so we're constantly pushing our equipment to the limit."

Off the back of Alaska's beer boom, festivals such as the Great Alaskan Beer and Barley Wine Festival (22 to 23 January 2016) have sprouted up, beers from the likes of Midnight Sun Brewing can now be found in plenty of liquor stores, and tasting rooms, like the one at the Seward Brewing Company, ambush you in every town. Drop your gaze from the telling contours of Denali (formerly Mount McKinley) the highest mountain in North America, and in its shadows you'll find the 49th State Brewing Company, where they use glacier-fed aquifers to create beers with a face-numbing hoppy punch.