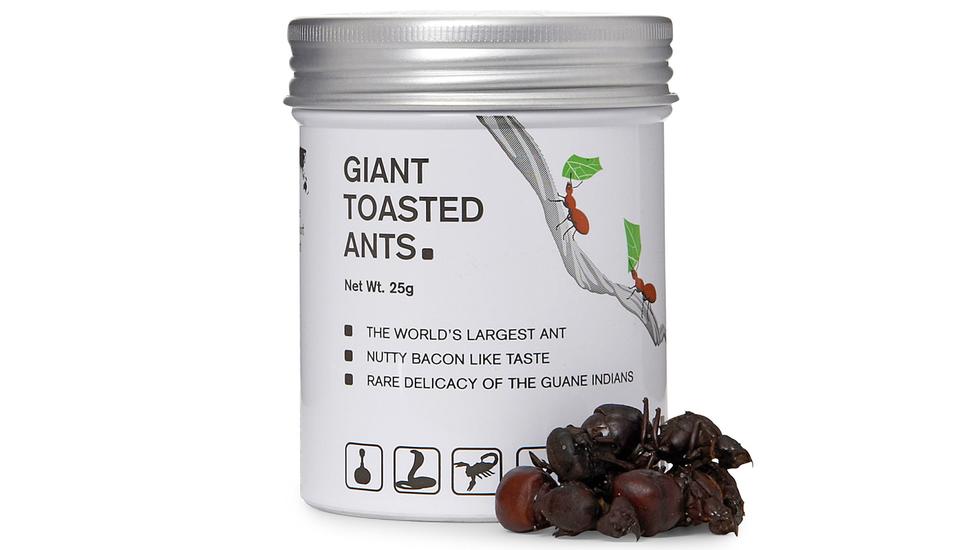 Does Does the idea of eating bugs bug you (HAR HAR HAR)? For the past few years, insects have slowly made their way into the diet of westerners. Many predict them to be the future of food, as their high level of protein and low carbon footprint could be the answer to feeding the 9 billion inhabitants expected to populate our planet in 2050. But do they actually taste good?

While some cringe at the thought of ingesting the creatures, a few Michelin-starred chefs have decided to take on the challenge of incorporating them into their dishes.

'Beef tartare and ants' at Noma René Redzepi - chef-owner of two Michelin star Copenhagen restaurant Noma, which was crowned the world's best restaurant in 2014- is a big fan of cooking with insects. You may be wondering how he thought of fusing ants with beef tartare? Redzepi only uses local ingredients in his cuisine and since lemons don't grow in Denmark, he's cleverly decided to use ants instead, as they supposedly bring a crispy acidic touch to the meat.

'Abacaxi com formiga amazônica insect bite' at D.O.M Former Brazilian punk rocker and DJ Alex Atala inadvertently became a chef by applying to a culinary school in Belgium in order to get a visa. Fast-forward some years later and he now owns D.O.M in São Paulo, which is currently ranked 7th in 'The Worlds 50 Best Restaurants' list. Like Redzepi, Atala uses native ingredients in his dishes, but some come straight from the Amazon. 'Abacaxi com formiga amazônica' comes on a platter that holds two unseasoned, raw ants placed over a one-inch cube of pineapple - and it is supposedly delicious. These Brazilian ants are said to taste like lemongrass and ginger. Tempted?

'Baby corn with powdered chicatana ant, coffee, costeño chile mayonnaise, kale chicharrón' at Pujol With its 27 expert chefs working their magic in the kitchen, this Mexican restaurant is bound to be delicious; and since head chef Enrique Olvera likes to experiment with insects, it's audacious too. In this dish, fresh baby corn is smoked in a dried gourd fruit and glazed in a creamy sauce made from coffee and red ants.