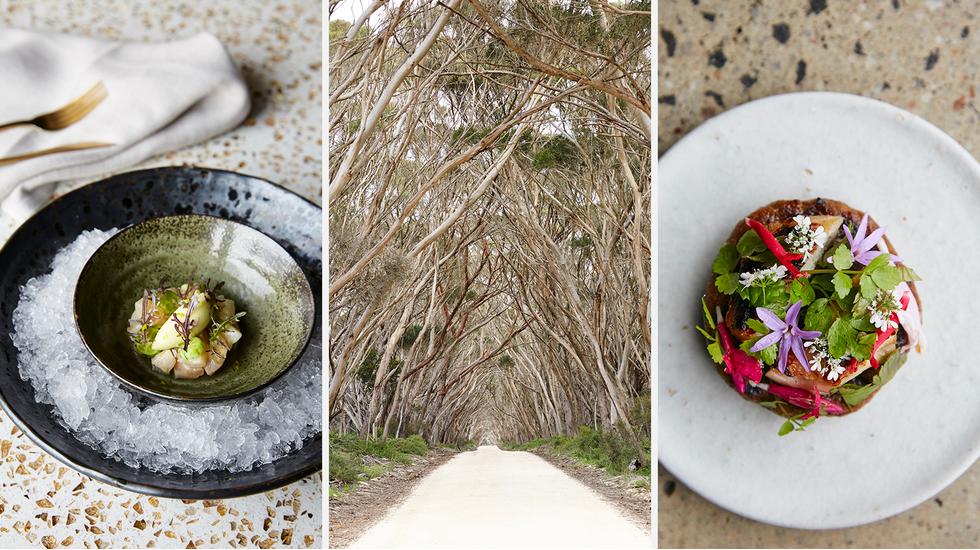 When When I tell the sun-wizened taxi driver ferrying me along Melbourne's Southbank that I'm planning to write a food story on rural Australia, he pulls a face. "There's fuck all out there, mate," he says, demonstrating a very Aussie fondness for swearing, despite his thick Italian accent. "If you want to write about food, Melbourne's your place."

For a moment I chew my lip and try not to panic. It's too late to change the two-week road trip I have planned through the vast states of Victoria, South Australia and New South Wales, eschewing the more conventional pit stops of Sydney and Melbourne for rustic farmsteads, small-scale winemakers and the wave-beaten wildness of the rocky coastline. However, despite my cabbie's misgivings, I've heard rumours that something is afoot in the regions - something that legendary chef Dan Hunter of Brae, the award-winning restaurant in rural Victoria, tells me is akin to a revolution. "Over the last five years, there has been a gastronomic shift in the outer regions because house prices in the cities have spiked incredibly steeply," he explains. "Creatives, retirees and young families have been pushed out to the country, bringing their attitudes, money and priorities with them."

This impression is confirmed the night before I embark on my food-fuelled odyssey following dinner at Matilda, in the heart of Melbourne's fashionable South Yarra district. Head Chef Tim Young pulls up a stool at the bar next to me after a particularly hectic service. Draining a negroni, he sums up what modern Australian cuisine is all about: "It's the Australian dream of owning a bit of land and having a real relationship with the produce you grow. These regional restaurants have a family feel, like you're visiting ma and pa's homestead. Except the food they produce is fucking world class."

Over the next two weeks, I learn how much this sentiment captures the spirit of Australia. It's a place with big dreams and old-fashioned values, where anyone with a patch of land can plant a vineyard and chefs are on first-name terms with their suppliers. As we drive past golden surf and dense eucalyptus forests filled with the call of animals so strange even the locals don't know their names, we frequently pass baskets of homegrown fruit on the side of the road with signs reading "please help yourself". It's this combination of community and nature that sets Australia's food scene apart - that, and the passion of a people for whom food seems to have replaced religion as the thread that binds them together.

To start planning your Australian journey, visit australia.com Cathay Pacific flies into Adelaide, Melbourne and Sydney from London with economy fares from £779 and business-class fares from £4,209.