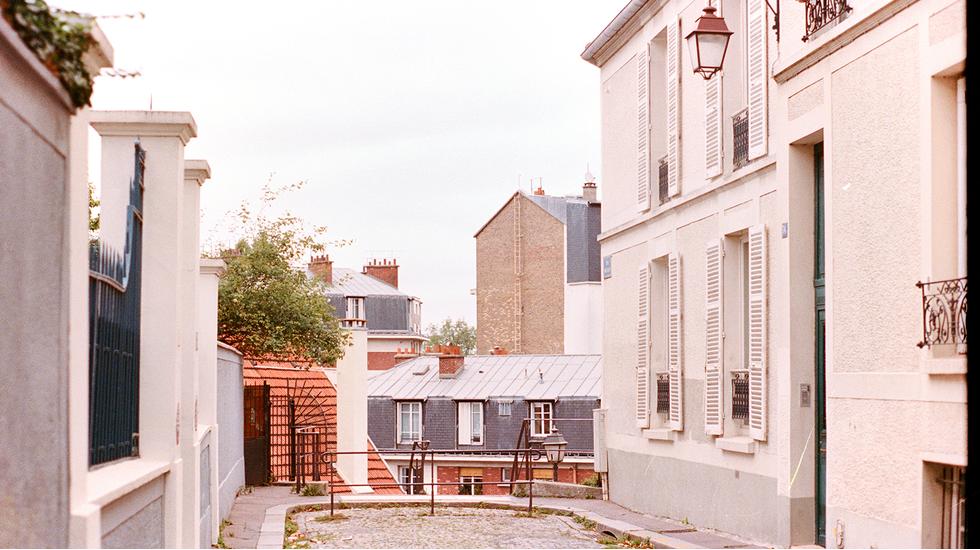 A A breath of fresh air is not to be taken for granted in this city.

Parc des Buttes-Chaumont, opened during the regime of Napoleon III, is like no other green space in Paris - nor elsewhere. Built on the site of a former quarry, its steep contours reveal sloping lawns shaded by ornamental trees, labyrinthine paths winding past bridges, grottos and waterfalls.

Visit first thing in the morning as locals practice tai chi, and on a clear day, ascend one of its hills to steal views of Sacré-Cœur. Safely away from the tourist bustle of Montmartre, the sight of its elegant white domes through the haze rivals any close-up encounter.

The eastern quarter of 19e - extending beyond Belleville and Menilmontant - is fertile cultural stomping ground. Among the many galleries here Bugada & Cargnel and Le Plateau host a reliable calendar of contemporary exhibitions.

Artistic boltholes seen, it's time to steep yourself in the architectural intrigue of these neighbourhoods. The villas parisiennes are a patchwork of ancient cul-de-sacs and secluded passages; pockets of the city neglected by modernisation.

Seek out Cité du Palais-Royal-de-Belleville, Cité Saint-Chaumont and the medieval red-brick gem at 13 Rue de la Villette. Once home to diverse communities of labourers, traders and craftsmen, these neighbourhoods today harbour artists' studios and coveted family homes, each as eclectic as their architectural heritage. To wander amongst these streets is to uncover an alternative narrative of the city, adrift from its popular image.

Le 50, the café behind the excellent Belleville Brûlerie roastery, makes a cosy pit stop for lunch. On Wednesdays and Saturdays, the bountiful Marché Villette yields further culinary inspiration with its countless specialist sellers; rove among piles of heritage tomatoes, local breads, cheeses and hot deli morsels. Here, it would be rare to encounter anyone but locals laden with weekly groceries.

North of Buttes-Chaumont lies the Bassin de la Villette, a swiftly regenerating area flanking a section of Canal Saint-Martin. The stark, concrete expanse of the waterway and its towpaths dotted with bars, make for a sultry afternoon stroll. Refresh on the terrace at Paname Brewing Company where there's a weekly rotation of beers.

East from here, the canal narrows and eventually splits at Parc de la Villette. Venture this far for the Philharmonie concert hall, a Jean Nouvel-designed building which shimmers with metallic scales. A loop of its exterior is more than enough to inspire, though the rooftop can also be visited for free.

Dine on classic fare at Le Bellerive, on Quai de la Seine. The menu is straight-up French bistro - make a beeline for a waterfront table and settle down with a carafe. Serious meat-eaters ought to journey south to Flesh II, the second outpost from Arnaud Champetier and David Vidal, which draws Canal Saint-Martin crowds with slow-cooked barbecue dishes and considered decor.

An alternative tack is to be found at Tintamarre, where creative modern lebanese is served in a bright and minimalist setting.

From here on the evening is yours: people-watch along the canal, try cocktails at La Méduse (led by Hamza Saïdi from the Mary Céleste oyster bar in Le Marais), or enjoy music and dance at Le Centquatre, Paris's answer to the Barbican centre.

A day among the backstreets of the 19e is as authentically Parisian and yet surprisingly somehow un-Parisian. Soak up the beguiling peculiarity of its heritage, awaken to its contemporary culture, admire the off-kilter beauty of its streets, and languish in its mellow tempo, a rare treat in the sparkling City of Light.