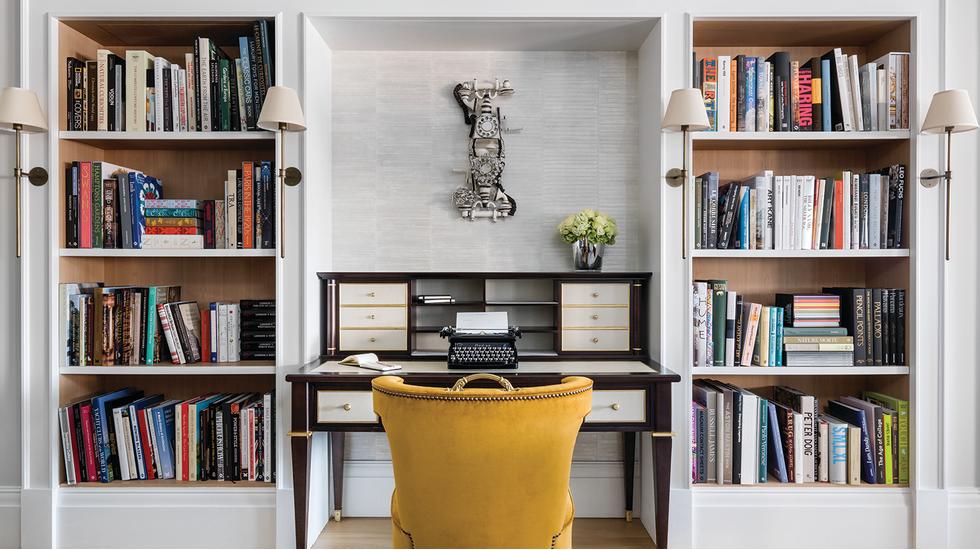 Whether Whether patrons of The Plaza or lodgers at Les Plumes in Paris, these literary greats could have moonlighted as hotel reviewers - though Oscar Wilde's appraisal may not have been so glowing.

Kay Thompson’s iconic children’s book heroine, Eloise, lived at The Plaza and has a very delightful, very pink suite named after her. Yet with the utmost respect to her penchant for bows and frills, we’ve been seduced by the suite named after the F. Scott Fitzgerald, who was among The Plaza’s most illustrious patrons. The Jazz Age-inspired Fitzgerald Suite was designed by Catherine Martin, co-producer and set designer of Baz Luhrmann’s adaptation of The Great Gatsby.

Rudyard Kipling quilled a number of his works at Brown’s, claiming the hotel inspired his creativity. The most prestigious of these works was The Jungle Book, scribed in 1892. Since then, the Kipling Suite has been dedicated to the writer – you’ll find a letter written by him in 1919 hanging in the entrance hall.

“Either that wallpaper goes, or I do.” These are the famous last words uttered by Oscar Wilde who died at L’Hôtel in 1900. The hotel took note and today Room 16, the Oscar Wilde Room, has walls lined with letters between Wilde and the hotel manager, disputing the writer’s outstanding bills.

A group of young writers, critics, actors and wits decided to gather daily for lunch in a hotel restaurant near the office. The Algonquin Round Table became their spot and some of the then unknowns – think Dorothy Parker, Alexander Woollcott – would go on to do great things. In fact, The New Yorker was founded at this very hotel by Harold Ross and his wife Jane Grant in 1925.

Located in the ninth arrondissement, a district dotted with the former homes of renowned literary writers including Victor Hugo and Paul Verlaine, Les Plumes takes inspiration from its former inhabitants and surrounds. Cushions displaying the names of literary greats including Arthur Rimbaud and George Sand are strewn across lobby couches while printed portraits hang alongside notable quotes by the aforementioned authors.

As Europe’s first “grand hotel”, it’s no surprise that the Langham has housed its fair share of celebrated creatives. Popular with the literary set that frequented Fitzrovia and Bloomsbury – think Oscar Wilde, Mark Twain – The Langham was so loved by Sir Arthur Conan Doyle that he name checked it in A Scandal in Bohemia. In this short story, Count Von Kramm (of Sherlock Holmes fame) was inspired by the hotel’s high-class clientele.