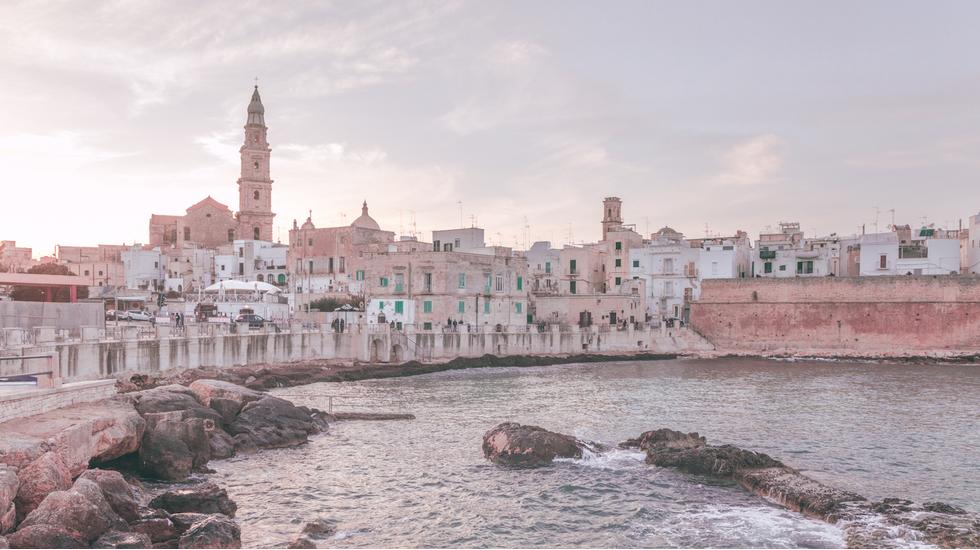 Last Last March we went to Puglia with the idea of spending a couple of days in a place where spring was already ahead of London time. Southern Italy seemed like a great choice and, at random, we picked the coastal town of Monopoli as a base.

The town in itself doesn't boast anything that makes it stand out on the tourist map. Monopoli's charm lies in its beautiful ordinariness. This southern Italian town is big enough to fulfil the most basic of desires - good food, old architecture, transport links - but small enough that one can just stroll out of its medieval centre to a coast dotted with small coves ideal for swimming and relaxing.

When we arrived, spring had already bloomed in all its glory. Nature had reawakened from a slumber. The fields around town were covered in wildflowers, the almond trees were in full blossom, the air was balmy and the beaches deserted but for a person here and there. Where the land had been cultivated, there were fields dotted with ancient olive trees and the typical Puglian trulli houses. In the evenings we would stroll across piazzas with the locals, scouting out a restaurant or gelateria.

Today, a little over a year later, I long for the ease with which we took travel for granted. I look at my pictures from recent trips with amazement. It seems more like a dream than a past reality. The thought of just travelling wherever, whenever on a whim seems so foreign now. I hope we can re-establish some of the normality we were used to. Until then I will have my memories and my pictures.