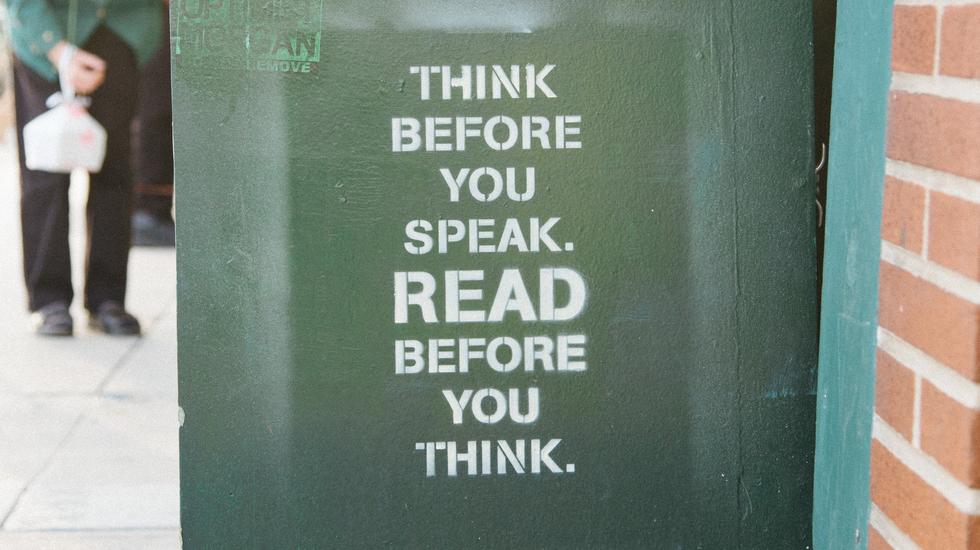 This article appears in Vol. 33: Collective.

There'll There'll be no literary prizes for the observation that books shape the way we think and act. Emperor Qin Shi Huang knew it in 213 BCE when he ordered the burning of existing history and philosophy texts after unifying China. So did Spanish conquistadors who destroyed Maya codices in 1560s Yucatán, and Nazi student unions that torched the works of Karl Marx among some 25,000 books in 1933. Just last year, pro-democracy titles were pulled from Hong Kong libraries under China's new national security law. You think the pen is as mighty as the sword? I think that's an understatement.

More than pawns of repression, books positively unite communities - the Bible and Qur'an are obvious examples, as are Oprah's Book Club and Goodreads' 90 million members who congregate on boards themed around armchair travel, Doctor Who roleplay, historical fiction, and such.

"Reading is a great unifier," says Sheree Milli, reflecting on the difficulty to make connections as an adult. In 2017 she started Ladies Lit Squad, a London-based "girl power" community that discusses books by female-identifying authors in venues such as The Hoxton and AllBright. "It's a supportive space; members share deep secrets," she continues. "Parts of the literary world can be serious and chin-strokey, but we're pretty down to earth. One month we'll read a classic, the next a Jilly Cooper bonkbuster."

So Matilda’s strong young mind continued to grow, nurtured by the voices of all those authors who had sent their books out into the world like ships on the sea.

Yet it's the titles that make us question the status quo I find really interesting. "Booktivism" was first shouted about on a big(ish) stage in Washington, 2013, when healthcare reformers presented a blueprint for book clubs to remedy disease-mongering - that being convincing people they are sick as a way of marketing drugs. "End the meeting with action steps," the guide suggests. "Write to your congressperson. Set up a petition. Organise an event."

The portmanteau has a clicky, 21st-century refrain, but the marriage of books and radical ideas isn't new. For centuries, literature has dismantled and rebuilt the architecture of society, challenged constructions of class, race and gender, exposed injustice, shifted our ideological foundations. Consider Rights of Man by Thomas Paine, Things Fall Apart by Chinua Achebe, Rachel Carson's Silent Spring. These texts aren't merely confined to the non-fiction section. The Handmaid's Tale, 1984 and To Kill a Mockingbird all hold up a mirror to humanity at its very worst, and say: do better.

It's subjective stuff. We open books with our mental shelves crammed with preconceptions - a reading lens of sorts. The Female Eunuch might have been sacred to Seventies feminism, but Greer's attack on trans women has aged as well as asbestos.

Some of us have struggled to get stuck into books during lockdown, but a 2020 study shows others are ploughing through them, the time between the covers jumping from around three hours a week to six. It wasn't only loo roll we were stockpiling before the first lockdown; Waterstones enjoyed a 400-per-cent hike in online sales. As high streets shut, ebooks flew off virtual shelves.

Yes, we had more spare time, needed more escapism. But I don't think it's uncoincidental this has happened when calls for compassion, justice and reform are louder than many of us have experienced. Traditional lobbying and demonstrations have been invigorated by new "isms". Craftivism, hacktivism, hashtag activism, conscious consumerism. Culture jamming and guerilla gardening too. How does booktivism stack up?

Pretty well, if you consider the trajectory of the Left Book Club. Three years after its founding in 1936, 57,000 members across the UK were leafing through delivered- to-the-door copies of The Road to Wigan Pier and Red Star Over China, as well as its much-loved newsletter - all of which built popular support against fascism and proved crucial in the Labour landslide of 1945.

Book groups grow the power both of the book and of the community.

Post-war paper rationing contributed to the club's closure in 1948, but more than 65 years later, it was revived by a group of authors and trade unionists. "In a time of right-wing, corporate media, there was an unmet desire for left-wing ideas and a sense of community," laments member Molly Smith, pointing out that the UK government recently banned the teaching of anti-capitalist ideas in schools. In 2015, the club had an influx of new members when Jeremy Corbyn won the Labour leadership, not least because he said the club would "give intellectual ballast to the wave of political change sweeping Britain and beyond". And Molly is inclined to agree: "Book groups grow the power both of the book and of the community."

The idea that group discussion magnifies literature's agency is shared by Joanna Impey, who joined the London LGBT+ Book Group in 2013. "We're a diverse group, with students and people in their 70s," she smiles. "If we're reading about 1980s New York, someone will have been there, been to Fire Island, experienced the AIDS crisis."

Before the group's meetings moved online, it met at Gay's the Word in St Pancras, London. It was the UK's first LGBTQ+ bookshop when it opened in 1979, a time when gay reading was renegade. "There's history between the shelves," Joanna tells me. "Pinned-up notes from authors, stuff from Pride marches going back." Founding collective Gay Icebreakers wanted the shop to be a community space and, sure enough, it played HQ to the Lesbians and Gays Support the Miners alliance in the 1980s and continues to host clubs including TransLondon and the Lesbian Discussion Group. A queer literary lifeline.

Books are at their most radical when they cross the paper bridge between the personal and public, reading and discussion, abstract and action. During 2020's Black Lives Matter protests, the Washington Post published an article titled: When Black People are in Pain, White People Just Join Book Clubs. I ask Sheree - who is half Jamaican, half Danish - how she feels about the spotlighting of anti-racist literature. Can it be more than the kind of performative allyship peacocking on Instagram? "There are no right answers," she replies. "But the power of reading is underestimated. Once [White people] have understanding, they can have empathy and take action. During the protests some people were ordering works by Black authors but not necessarily reading them. So I say: buy the books and read them too."

Beyond private epiphanies and shared- interest communities, there are more pragmatic, immediate ways in which books are levelling the playing field of life. Supporting global disaster relief, ShelterBox - "no ordinary book club" - asks its 2,000 UK members for donations in exchange for access to discussion groups and, every six weeks, horizon-stretching titles such as The Girl with Seven Names, an account of Hyeonseo Lee's escape from North Korea. The money goes towards shelter kits that give people the tools to survive in Middle Eastern displacement camps, the floods of Malawi, and Vanuatu where, last spring, the under-reported Cyclone Harold flattened houses, crops and power lines.

Let our children read that they are not alone. Equip them for adversities. Allow them to relate to characters by making sure people of all race, religion and gender are depicted correctly and representative of modern society.

As local communities buckled under the pressures of Covid, Penguin Random House UK began distributing books to food banks and homeless shelters. And it's food for thought that Marcus Rashford MBE has turned his campaigning clout to a book club for the young and underprivileged. National Literacy Trust figures show that one in eight of the children who receive free school meals in the UK also don't own a book, drawing parallels with low life expectancy and poor mental health. "I only started reading at 17 and it changed my outlook," the Manchester United striker admits. "Let our children read that they are not alone. Equip them for adversities. Allow them to relate to characters by making sure people of all race, religion and gender are depicted correctly and representative of modern society."

It's a reminder that books aren't just collections of ideas but commodities too. Publishers cherry-pick the stories that will sell. Of those that do hit the shelves, not everyone has access - particularly in light of recent funding cuts to libraries. And we need to ask the question: who profits from books? All too often "Amazon" is the answer says Nicole Vanderbilt, Managing Director at Bookshop UK.

She was responsible for bringing Bookshop across the pond in November 2020, empowering small booksellers with a big online presence and a pretty penny. "Some indies have been able to pay their rent or renew leases based on commission from Bookshop. Others [unlike a certain Mr Bezos] have given their staff bonuses."

A library in the middle of a community is a cross between an emergency exit, a life raft and a festival. They are cathedrals of the mind; hospitals of the soul; theme parks of the imagination. On a cold rainy island, they are the only sheltered public spaces where you are not a consumer but a citizen instead.

Beyond economics, Bookshop is shaking up our shelves with titles that often don't make it to The Sunday Times Bestseller List. "Like a self-fulfilling prophecy, an algorithm points people back to the stuff that's selling best," Nicole explains. "Independents help people really connect with titles, and authors too." So can reading change the world? Probably not on its own, she muses. "But it's an exciting place to start."

And I agree. What's so beautiful about booktivism is not its persuasiveness, but its proof that we don't know everything. The "right" worldview is fiction. Many of our communities are governed by groupthink, but leafing between the pages we find voices and ideas from across time, space and perspective. More than a solitary activity, reading binds us to the whole and reaffirms our right to question. It prompts more discussion. More open minds. More compassion. More new chapters.