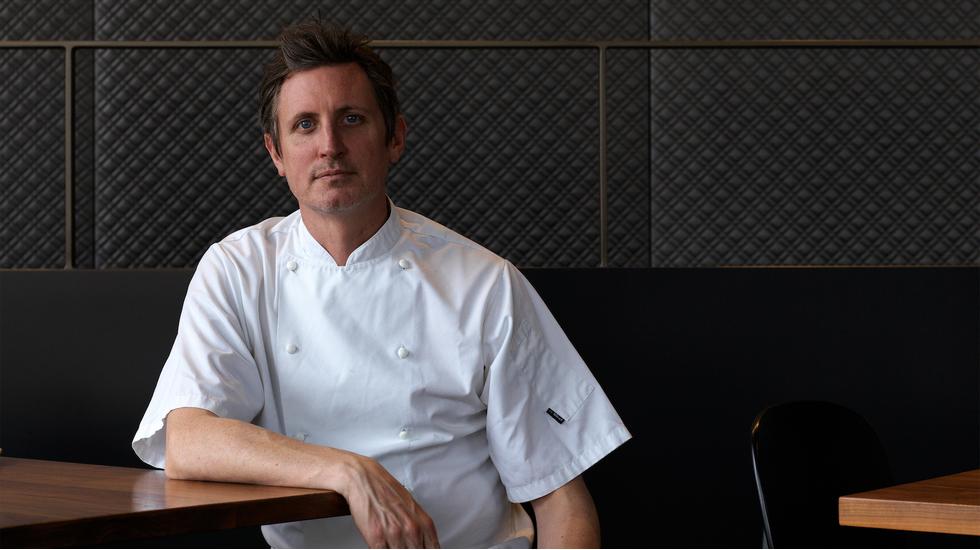 In addition to Australia's rural regions, the country's contemporary food scene is being shaped not only by big-hitters such as Sydney and Melbourne, but also its lesser-known urban hubs. We've teamed up with food and drink insiders in the emerging food cities of Brisbane, Canberra and Perth to take your taste buds even farther off the beaten track.

Whether it's cooking up a storm in elite private members' clubs in London, making dicing a fine art in Canada's gourmet restaurants or helming the kitchen in the Sydney Opera House, chef and restaurateur Ben Willis has done it all. Finally landing back in his hometown of Canberra in the south east of the country, Willis saw an opportunity to inject new life into a second-hand restaurant in the city centre.

Just over 10 years later, Ben's two restaurants, Aubergine and Temporada, take centre stage in Canberra's culinary line-up. Dining at either is a sensory delight not limited to taste; Willis also has a passion for interior design, believing that dining out should be a multi-sensory experience. Letting us in on ice-cream wizardry and the city's best drinking dens, he spills the beans on the ins and outs of the Australian capital's culinary scene.

You've spent a lot of time abroad. Where was your favourite place to live and work?

My original move from Canberra was for my first serious kitchen job at Bennelong in the Sydney Opera House. After three years I decided I wanted to explore culinary territory abroad. I spent over five years overseas in total, working everywhere from London to Dublin to Canada. I loved London but the hours were long and hard - I thrived on them for a while, but eventually it was time to enjoy some travel around Europe and Canada, where it was more about the experience and less about the cooking.

Why did you choose to return to Canberra?

I really didn't intend to return permanently to Canberra, but my wife was offered a job here so we moved back. I worked at a few restaurants around town before the opportunity to buy Aubergine arose. By this stage, I knew the Canberra market pretty well and was excited to take on my own place and be part of the city's blossoming restaurant scene - it was just at the beginning of a really positive change in its food culture.

How would you describe your culinary style?

I'm into the seasonality of ingredients and utilising local produce - I have been since I worked at Chez Bruce in London back in 2005. Its team would never use a tomato or asparagus out of season, instead celebrating them only at their peak. Much of Australia doesn't really have distinct seasons, so I search for interesting ingredients and then try to do them justice by not messing with them too much. It's become a cliché, but this respectful approach makes sense in so many ways. It's sometimes hard to keep the purity of a delicate ingredient because there are many diners that want you to give them bold flavours - that's where Temporada comes in. We have the same philosophy regarding ingredients, but cook them over a wood grill to ramp up the flavours.

Do you think the city has been underestimated in the past? How is the reality different?

So many people trash talk Canberra, which is difficult when you know the reality is so different. In the past Canberra was definitely lacking in some ways; there were lots of galleries and museums, but no decent gastronomy or nightlife to suit different occasions, moods or demographics - most of the bars and nightlife were geared towards university students. In the last 10 years or so, Canberra has really grown up. Now you can enjoy world-class attractions including the National Gallery of Australia, the National Arboretum Canberra, Parliament House and Floriade before exploring a plethora of restaurants and bars. It's one thing to have a great cultural scene, but you also need diverse dining options to complement these experiences.

STAY: East Hotel or Hotel Realm are design-driven hotels in a part of town close to shops, restaurants and some of the city's main attractions. I'd suggest borrowing a bike from either and cycling through the nearby Kingston Foreshore precinct to the wetlands, earning yourself a beer at Capital Brewing Co.

EAT: Anything at Frugii Dessert Laboratory in Braddon; owner John Marshall is Canberra's ice-cream wizard. For dinner, try the Asian bolognese at XO in Narrabundah, the stracciatella and bottarga at Rebel Rebel in Acton, or the chicken at Pilot in Ainslie. Kyo Coffee Project also does great coffee and a fresh, healthy breakfast.

DO: Brindabella National Park or Tidbinbilla Nature Reserve are great places to enjoy a picnic. I often go mountain biking in the Stromlo Forest Park - there's an observatory at the top of Mount Stromlo where you can see the burnt-out shell of the original observatory, which was devastated by the 2003 bush fires.

SHOP: Take a walk down Lonsdale Street in Braddon and pop into any of the stores that will no doubt take your fancy. For food, stop by the Capital Region Farmers Market at the EPIC on Saturday mornings for local, organic product and street-food stalls, or the Fyshwick Fresh Food Markets from Thursday to Sunday.

DRINK+DANCE: Either Bar Rochford or Molly. There's not much dancing, but both places have an infectious vibe and delectable drinks.